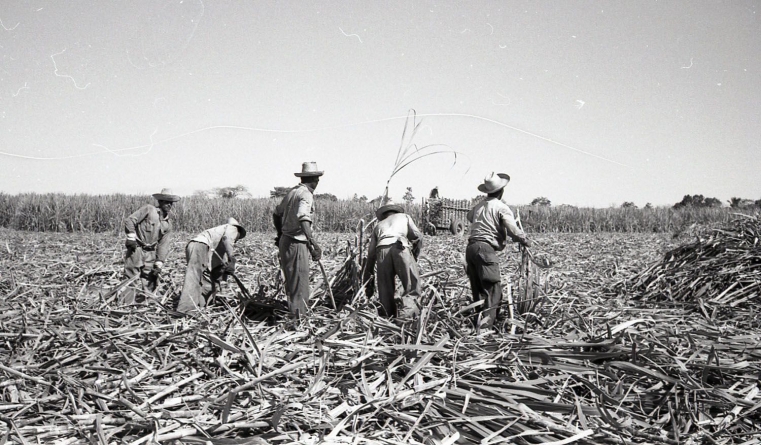 Varda’s films from this period develop an astute aesthetic interrogation beneath an air of breezy playfulness, a quality that the seemingly scattershot composition of Cinévardaphoto ends up wholeheartedly embodying.

Stretching all the way back to the initial ethnographic inquiries of La Pointe Courte, Agnès Varda’s films have consistently focused on the subtle conversion of lived experience into indelible images, an approach which enfolds specific personal dramas within a larger social patchwork. From 1991’s Jacquot de Nantes on, this technique turned decisively inward, marking the push into the director’s definitive late period. That film, which processed her husband’s terminal illness by creating an immersive visual fantasia from his memories, embarked upon a new stylistic program, still entrenched in realism but with a more pronounced sense of whimsy. This continued up through Faces Places, where small moments – drawn from the director’s life and those of others she encountered on a cross-country road trip – were transfigured into towering street art spectacles.

It was during this era that Varda herself became a character, cast as the combined on-screen ringmaster, curator and sleuth, carrying off the films’ impish investigations into the human capacity for resilience. In effect, the role she had previously played from behind the camera was made visible, accompanying an increased interest in articulating ideas she’d once been content to suggest through coy pictorialism. Released in 2004, Cinévardaphoto applies this more aggressive model to her own work, in a series of sketches that either muse upon the limitations and after-effects of representation, or directly engage the shortcomings of her own previous attempts at such. The three films within thus coalesce to form a contemporary composite, an adroit act of self-analysis carried out by an artist still maturing well into her 70s.

The film’s clearest thematic link is its predecessor, 2000’s The Gleaners and I, a movie built around the collective human impulse to gather, amass and compile objects of often dubious value. Having confirmed herself as a cinematic collector of the same stripe, Cinévardaphoto finds Varda setting down to the task of personal salvage, refashioning a trio of misfit shorts into something whole. The result is a scrapbook of sorts – encompassing beach photos, teddy bears and Fidel Castro – which enmeshes her own history in the broader one of her subjects.

The most primal of these analyses is 1983’s Ulysse, a deep dive into a single photo from the earliest stages of Varda’s career, taken during a phase in which she was enraptured by the sight of dead things lying on beaches (a motif that would appear again in 2008’s Beaches of Agnès). Choosing a goat that had taken a fatal plunge from a cliffside as her centerpiece, she surrounded it with a man and child, who both pose nude, the child sideways, the man facing toward the water. The image, like many artistic photos, is completely oblique, a fact Varda seizes as an excuse for expansion. Thirty-odd years after it was taken, she visits the site and re-contacts the subjects, including a different goat, who completes the cycle by eating a print of the photo. No one has much of value to add, aside from the usual smattering of half-formed memories. The ultimate effect is of an attempt to extend past the pure punctum of a visual snapshot, and finding that the real resonance lies only in the image itself.

The opposite is the case in Salut les Cubains, another dive into the director’s past, here encompassing footage shot during a 1964 visit to the island nation. A relic of her ‘60s period, in which mounting political consciousness paired with jaunty stylization, it stands as the most dynamic of the three works contained here, or at least the most outwardly energetic. Similar to the early short L’Opera Mouffe, it imagines the commons as a place of life and wonder, swathed beautifully in post-revolutionary excitement, people coming together to achieve a common purpose. Suffused with joy, cut to the rhythm of the music filling Havana’s streets, the film seems to be bursting at the seams, an effect furthered by a sequence in which still photos of a musician are turned into a juddering bit of animation, approximating the jerky rhythm of his dance moves. Watching from a modern vantage, however, it’s impossible not to think of what this revolutionary miracle would become, the extent to which a promising movement would eventually go off the rails becoming an implicit fact of its presentation.

The film finds its capstone with Ydessa, the Bears and Etc., the longest segment by far, as well as the newest, shot a mere two years before Cinévardaphoto’s release. Here, the ideas presented in the previous two pieces get combined, with a smart dialectic established between differing functions of the photographed image. Assembled around an exhibition of teddy bear photos compiled by the artist Ydessa Hendeles, the segment ponders if the seemingly beatific innocence captured in these vintage portraits can remain an unchallenged virtue, or whether the real-life circumstances that surround them must be taken into effect. Hendeles activates this inquiry by challenging the soft-focus aura of the pictures with a large, hideous statue of Hitler at the center of the gallery, the placement of a figurehead of pure evil serving as an apparent rebuke to the portraits arrayed around it. There’s also the revelation that some of the portraits depict Jewish children who would later be murdered in the Holocaust, while others portray German ones who would grow up to carry out these acts, a fact which pinpoints the otherwise analogous shots amid a web of invisible power dynamics.

In opposing these things, she also displays them on the same continuum, a placement that forces us to consider their actual incremental relation to one another. Ydessa proves to be the lynchpin which unites Cinévardaphoto into another firm expression of cinematic introspection. Images have the power to inform us, to delight and discomfit, but their effect is inherently fluid and always multi-faceted, shifting in meaning as time passes and perspectives transform. Slyly structured and communally focused, Varda’s films from this period develop an astute aesthetic interrogation beneath an air of breezy playfulness, a quality that the seemingly scattershot composition of Cinévardaphoto ends up wholeheartedly embodying.