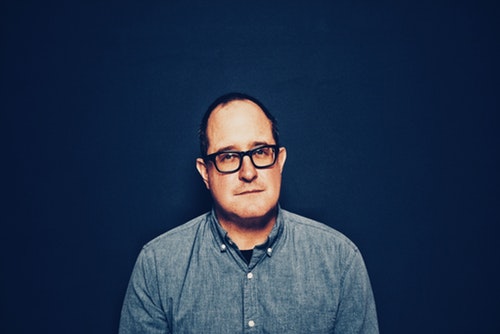 With each project, Finn peels back the layers of himself a bit more.

If I had to name a single artist who had the most profound impact on my enjoyment of music, hand to the fire, it would be Craig Finn. I was just 16 when The Hold Steady, touring in support of Boys & Girls in America, inspired me to go to a concert alone – and paid for with my own money – for the very first time. Their Crystal Ballroom show was a bash that made me hungry for as much live music as possible, and 12 years later, I still haven’t shaken that hunger, no matter how many shows I see – or how many times I see Finn perform.

Over time, my devotion to his music has wavered slightly – I’ve found myself less compelled to obsess over his solo material than I did during The Hold Steady’s heyday. But seeing Finn perform at Mississippi Studios with his fantastic band, the Uptown Controllers, was an easy decision to make – especially considering his newest solo record,I Need A New War, is his strongest since Stay Positive. Under his own name, he strips back the bombastic, sweat-soaked persona that makes Hold Steady shows so fun – though not completely, as he still spends the majority of the performance gesturing wildly and waving his arms around with the fervor of a street preacher; he even dressed the part, standing in all-black with a black blazer and a black baseball hat, like a more affable version of Lambchop’s Kurt Wagner. Admittedly, the crowd itself left a lot to be desired – it was half full and 90% people who looked like you’d imagine to be at a Craig Finn show (i.e., Gen X men in flannels and beanies) – but this is a mere trifle.

With each project, Finn peels back the layers of himself a bit more. Lifter Puller was a band that existed solely to document the fables and follies of about a dozen people, while The Hold Steady mixed his penchant for storytelling with his urges to turn the camera on an ever-shifting world, sometimes with recurring characters – Holly, Charlemagne – but often the character was clearly just a vessel for druggy and booze-soaked human messiness. It’s paradoxical, but in releasing music under his own name, he’s given himself license to tell stories where the focus is less about those characters, and more about the lives they lead: “Most of my songs are about people who have bad ideas and make bad decisions and follow them belligerently,” he explained when introducing Faith in the Future’s “Christine.”

For his solo work, the live performance helps augment those songs, as Finn gets more of an opportunity to dig into each song’s background and setting. It took him a few songs to get into his groove and open up, but once he did, it became – unsurprisingly – as enjoyable as the songs themselves. Onstage, he gets the chance to poke fun at the tourist subjects of “Her With the Blues” or the Ulysses S. Grant, the subject of New War’s “Grant at Galena,” which documents the Union general’s pre-Civil War time spent in the titular Illinois town, living the kind of life that fits his songs perfectly: “Floundering, failing, owing money all over town, and drinking too much.”

The setlist we got criss-crossed his last three solo albums – 2015’s Faith in the Future, 2017’s We All Want the Same Things, and I Need a New War – while completely ignoring his solo debut, Clear Heart Full Eyes. The most interesting aspect of the show – and probably the most freeing for the singer himself – was the fact that he never once invoked the names of his other bands. He kept Lifter Puller and The Hold Steady out of the show entirely, save for a self-jab about Lifter Puller’s Minneapolis roots (“About 19 years ago, I moved to Minneapolis – and those of you who’ve heard my other band might be saying, ‘Well yeah, no shit’”), and another where he asks himself in a story, “Aren’t you supposed to be Mr. Stay Positive?” As a longtime lover of those bands it’s easy to wish he’d bust out “Citrus” or “Nassau Coliseum,” it’s surprisingly fulfilling to watch Finn perform without those songs, which would really just be cheap tricks to win over his own crowd.

Craig Finn doesn’t need any of that, though. Over 20 years after Lifter Puller’s debut record, and 15 years since Almost Killed Me, he can play anything he wants, for however long he wants, and the faithful will still eat it up. I thought about this a lot as he delivered We All Want The Same Things’ “God in Chicago” – a largely-spoken word piece about the death of longtime Hold Steady character Charlemagne and the final drug deal that came after – I realized that it has become too easy to take storytellers like Finn for granted. “God in Chicago” is among the best songs Finn has yet to write, not just because it’s such a well-written song, but because unlike “Last Night” (in which he kills Holly, after having allegedly risen from the dead), you can listen to it and entirely miss that it’s about the tying of loose ends left behind by one of his characters. He doesn’t need to namedrop; his songwriting, and his strengths as a performer, are compelling enough without it.