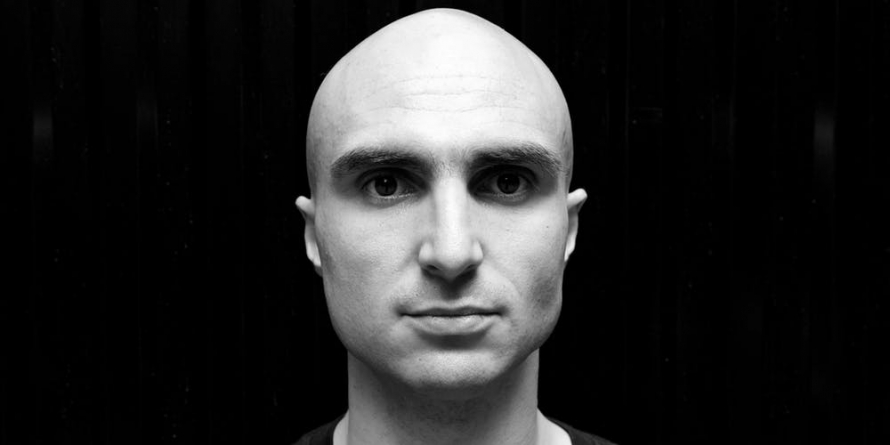 “Simple art is what I feel I can do.”

Devon Welsh is nothing if not honest. The Canadian, now Wisconsin-based, artist makes music that’s direct and soul-searching enough to locate both momentary joy and blistering sadness. He just released his sophomore solo effort, True Love, and is currently on tour (with a handful of dates left on the West Coast). He responded to my questions with the same infectious sincerity that characterizes his music. Turns out my Spencer Krug comparison was a bit of a reach (face palm emoji), but read on to hear his thoughts on simplicity in music, conversations about art and what happens when you lose your wallet in New York City.

It was just a few weeks ago that True Love came out. Congratulations on putting it out into the world! What kinds of feelings do you have when you put out a new record?

One part of it is excitement that people will be listening to what I’ve been working on. One part of it is hope that I did the best I could with it. I feel some nervousness about it, and also a bit of anticlimax since I’m so familiar with the songs by the time they are released. Lots of things! And thank you!

I loved reading all the positive press surrounding the album’s release—congrats on that as well! It really is an incredibly moving collection of songs. What’s been your favorite response to the album so far?

My favorite response to the album has been when I’ve performed the songs on tour and people react to the music. I’ve also really appreciated positive feedback from my friends about it, as those are the people whose opinions I’m probably most concerned with.

You’ve described your writing process in terms of trying to “concoct something that’s easy to understand.” Do you find that the most emotional and effective works of art are the simplest?

This is a conversation I had on tour recently with my tourmates. We were talking about the virtues of simple, clear art versus denser, more intellectual or opaque art. I think all of it is important, and there is no one right way to make art or communicate ideas. Some ideas are inherently complex, but they aren’t less emotional or effective.

For me, simple art is what I feel I can do. I like to state things clearly in my music, but I think my artistic peers who are digging into complexity and subtlety are building toward the same thing as I am from a different angle.

Your solo work really reminds me of Spencer Krug’s music, especially albums like Julia with Blue Jeans On and Organ Music Not Vibraphone Like I’d Hoped. Both of you seem really invested in directness and clarity, which makes your music feel so honest and pure. Is that a comparison you’ve gotten before? At the very least, the Montreal connection is there!

I’ve actually never really heard his music or gotten that connection before, but it sounds like quite a possibility!

Are there artists in any medium that you feel are similar to you or artists you wish to emulate?

I should have more answers to this than I do. Anyone that is making something unapologetically themselves, and using their music to connect with our fundamental shared humanity is someone who would inspire me!

I’ve really loved watching your recent music videos—they portray your presence in a way that’s both mysterious and fun somehow. I’m terrified of being so visible and close-up, so I’m in awe of your willingness to invite intimacy. How do you and your collaborators come up with and capture your visuals?

Thank you! I have been trying to have fun with them and keep them simple for practical reasons. I do want to invite intimacy, and beyond that, I just try to think of a concept I can do at home fairly easily. My partner Nika helps me with setting things up sometimes. My cousin Braden helped me shoot one of them. Another I did by myself in the basement. It’s always different!

I was excited to see that you’ve just recently started touring behind True Love! Is there a particular show or location you’re especially looking forward to?

What’s the wildest thing that’s happened to you while on tour?

Too many things qualify, but a few days ago I left NYC for Boston with Abandon and we got 20 minutes down the highway when I realized I couldn’t find my wallet. Stephen called the café I had been at but it wasn’t there, so we figured it was at Liz’s apartment. When we pulled up outside the apartment, Jenn saw it lying in the middle of the street. Luckily, everything was still in it, and we turned around and headed to Boston. I felt grateful.

How often do you seek out live music when you’re not on tour? How easy is it so see live music in the part of Wisconsin where you live?

I don’t seek out live music much when I am at home, just because I live in a rural area. So it makes it all the more exciting when I get to see live music in the city or on tour!

Who’s the person you talk to most about your art?

My partner Nika is number one. I share my songs with a few close friends that I have a creative sharing relationship with. I think I should talk to more people about my art!

What’s the best thing that’s happened to you since the release of True Love?

I got to go on a great tour with great friends, play my music for people and feel inspired. There have been a lot of great small things in my life since the album came out that I so much appreciate.