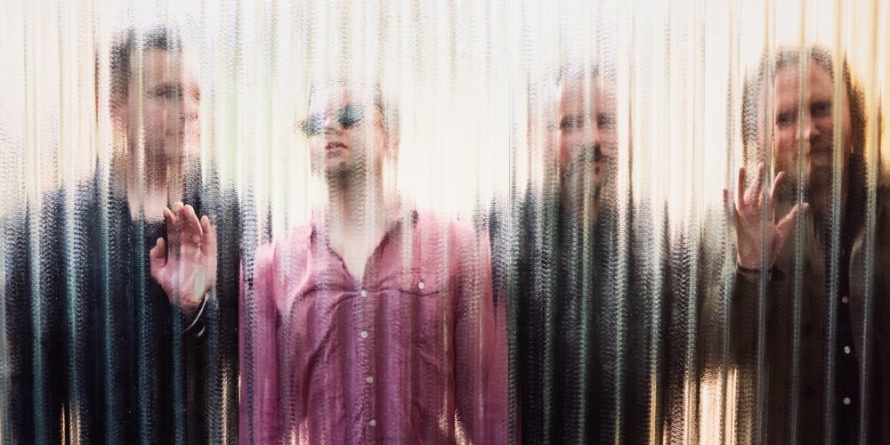 The Doug Fir is one of the best venues in Portland, and it’s hard not to want every one of your favorite bands play there whenever possible.

There are two kinds of emo reunion shows: the one that understands what it is, and the one that doesn’t. Though it’s almost definitely better to put on an All-Ages show in a mid-size venue that respects the fact that even the Gen X-ers/Millennials chugging beer and shouting along were once 17-year-olds scorned by 21+ shows, it’s more honest to have those shows in spaces where those bands can admit to the fact that their audience is, in most cases, there to participate in the increasingly-popular sport of group nostalgia. We all get to hang out, sing along to the songs that bonded us to each other, and get a little bit too drunk while doing it.

Originally scheduled for an All-Ages performance at the Wonder Ballroom, Kansas City, MO’s The Get Up Kids rescheduled their tour behind their excellent comeback album, Problems and landed in the 21+ Doug Fir Lounge, Portland’s finest “log cabin underground lair” (in the words of frontperson Matt Pryor last year when they played the same space). Would it have been more fun to see them play a bigger stage, with a bunch of kids who had a cool older sister that showed them Four Minute Mile? Absolutely – but the Doug Fir is one of the best venues in the city, and it’s hard not to want every one of your favorite bands play there whenever possible.

After a lovely-but-standard set by opener The Whiffs (they were good, but they just sounded like an emo band!), longtime Get Up Kids associate Kevin Devine took the stage for a solo set. Armed with his baby blue Kevcaster, he fought against an indifferent back-of-the-room chatting through his quietest songs to emotionally level everyone up front. Devine has been around for a long time now – often with his backing band, The Goddamn Band, sometimes as a member of Bad Books, a collaboration between him and Manchester Orchestra’s Andy Hull and Robert McDowell (a band that has existed within the same crew as Devine and the defunct Brand New since the early aughts) – and as such, he’s built a loving following through both his beautiful, introspective lyrics as well as his magnetic charm.

That charm was on permanent display throughout the set. Despite being alone onstage, Devine still performs like a frontman, occasionally wandering the stage to play where a second guitarist or bassist might be located, on the far side of the stage. I keep coming back to his smile: massive and devoid of self-consciousness, he smiled constantly, often in step with his laughter, also hilariously infectious. At one point, spurned on by a jovial audience after telling a story about the formative bands of his rock upbringing – Guns N’ Roses and Nirvana – he did a cover of “November Rain,” unable to get through the whole song without breaking out in laughter. His charm made hanging on his every word easier, from the heart-wrenching “Bubblegum” to the brutal “Little Bulldozer.” Despite being a long-time fan of Devine, this was my first time getting to see him play, and I’m kicking myself for every missed opportunity I’ve had.

Devine, even alone, was a hard act to follow, and The Get Up Kids mostly managed that. I say “mostly” because though they were a blast to watch, something about the energy onstage felt… off. When they were here last, Pryor & Co. seemed to be in better spirits, chatting openly with the crowd regularly. While we got some light banter – including a lovely intro to the still-flawless Something To Write Home About cut “Out Of Reach” (which was paired with a mid-song correction on the band’s participation not quite lining up with reality) – but that was done solo, directly following the encore. Chalk it up to a tough night, or perhaps a tough tour (which was first rescheduled, with the original Portland date falling just days before the still-mysterious ousting of longtime keyboardist James Dewees) – it’s hard to say, but they seemed to be playing in a diminished state.

This didn’t carry over to the music itself, mind you. In terms of the setlist, despite the fact that they’re promoting a new album, the band still spent a considerable amount of time mining their back catalog, with Something To Write Home About taking up a more substantial section of the set than anything, including Problems (which saw six songs played). In fact, they gave at least one song to almost every LP and EP they’ve released – with the pair of releases following their reformation, There Are Rules and Simple Science conspicuously absent – getting an appearance. In reviewing their setlist from the last time they were here, though, their set hasn’t changed much: they shaved off a few songs and didn’t play the entirety of the Kicker EP like they did last time, as well as cutting one from On A Wire (“Stay Gone”) and swapping two Guilt Show songs for “Man of Conviction.” They still played every other hit in their arsenal, because they know their audience will, no matter how old they get, need to shout “SAY GOODNIGHT! MEAN GOODBYE!” or boozily sing along to “Out of Reach” on a Saturday night.

The six-pack of songs from Problems slotted into the set perfectly, a further sign that the album was the return to form the band needed after the lackluster There Are Rules. Tracks like “Satellite” and “Lou Barlow” were a blast to see performed after six months spent loving that album. The finest moment of the night, though, saw Devine sneaking back onstage to lead the band in a joyous cover of Elliott Smith’s timeless “Division Day,” which lit up the room like only a cover of Portland’s favorite son. It also lit the band up – the energy coming from the stage felt like it had skyrocketed once Devine took the stage. After spending the show mildly worried about whether The Get Up Kids would continue to soldier on after Problems, seeing them back on the same level they were at last year almost entirely put my fears to rest.