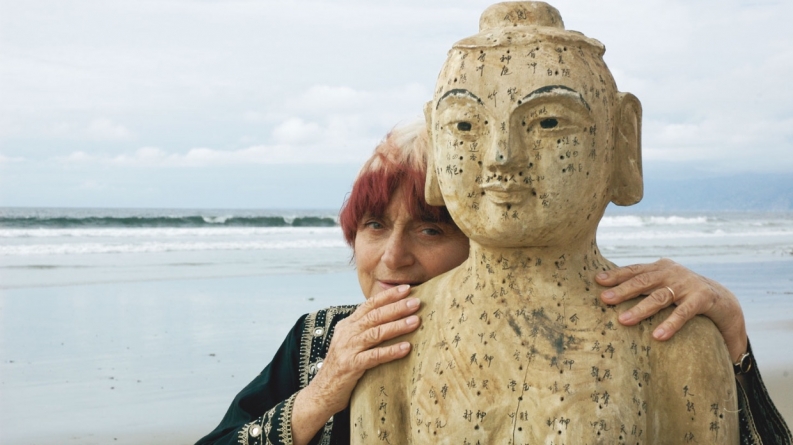 The Beaches of Agnés is meta in that it affords Varda the opportunity to reflect on her life and career with the same verve and experimental spirit with which she approached her life.

By the time 2008’s The Beaches of Agnés rolled around, Agnés Varda’s legacy was pretty much cemented. She’d been an arthouse genius, a critical success, a bold experimenter and an incisive documentarian. But that didn’t mean she was out of stories to tell, even at age 80. The Beaches of Agnés finds the filmmaker at her most playful. But, Varda being Varda, this playfulness leads to more than a jolly ride. In the process of her experimentation and merry-making, the director reveals more about herself and the world around her than ever before.

The Beaches of Agnés is set up as an autobiography. She takes us to places from her life as a child, as a teenager, as a wife, and mother and lifelong wanderer. We learn that her birth name was Arlette, because she was conceived in the city of Arles, and that she changed her name to Agnés at 18. We learn more – through metaphor rather than outright telling – about her relationship with her late husband, the filmmaker Jacques Demy. She’s introspective without being maudlin, nostalgic without being repetitive.

More exciting, though, is the way in which she takes us through her life as a filmmaker, returning to the sites of many of her famous narrative features and documentaries, giving us a glimpse into her interests as a filmmaker. She’s obsessed with images, with the ways in which the eye can take in a scene. She uses frames here to draw attention to a number of surprising things, herself included.

Varda comes alive in The Beaches of Agnés, and not in a self-absorbed way. She’s self-deprecating without parodying herself, and she’s self-assured without falling into the trap of self-worship. She celebrates herself and her life with confidence and joy, and the result is beguiling. Watching The Beaches of Agnés accomplishes the dual task of making you feel like you know Agnés Varda and wishing desperately you really did know her. Though she’s documenting her own life here, she isn’t the sole focus of the film. Rather, she focuses on a number of things which uniquely converged to create her life. She leans into her eccentricities without trademarking them. Unlike many of the big names of cinema today, she genuinely seems to be interested in the things that built her life rather than the things that built her brand.

Though Varda commits to peeling back the layers of her life and career, she doesn’t aspire to wrap her story in a bow. Instead, she appears to follow her whims here, tracking down old collaborators and staging circuses where others might go back in time and pour over familial relationships. She does bring in friends and family from the past, but Varda seeks them out as an act of connection rather than reflection.

The Beaches of Agnés is meta in that it affords Varda the opportunity to reflect on her life and career with the same verve and experimental spirit with which she approached her life. It’s an autobiography but also a craft essay, a demonstration and installation all at once. For an artist who never allowed herself to be placed into boxes under anyone’s thumb, it is the perfect way for her story to be told.