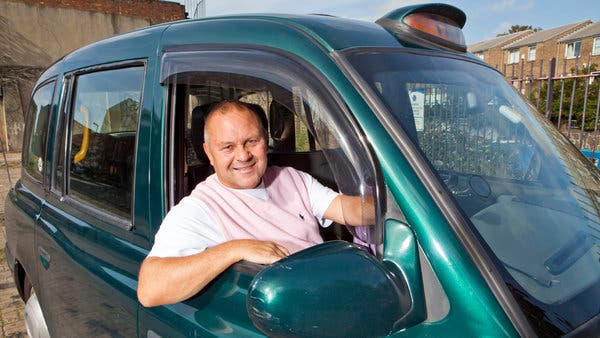 63 Up is a paean to the beauty in each stage of life.

How you feel after watching 63 Up, the latest installment in Michael Apted’s series that began as a look into the lives of a group of seven-year-olds in 1964 and has since returned to check in with them every seven years, depends on your sentiments about aging. For longtime fans of the films, seeing people you have become attached to moving towards the end of their lives can be quite jarring and sad. However, if you can push aside the fear of death and the indignities of the aged and see the beauty in every stage of life, 63 Up is an affirming and, more importantly, humanizing experience.

Doubling down on Aristotle’s statement that framed the first film, “Give me the child until he is seven, and I will give you the man,” Apted asks each of his subjects whether or not they agree that the series has validated such an idea. Initially devised to show the harsh divides in Britain’s class system, the Up series has morphed into something more, a greater exploration of what it means to be a human being. Though Apted does ask his subjects, who come from a wide-range of socio-economic backgrounds, their thoughts on wealth and on Brexit, the divide has become subsidiary to the idea of just how much or how little we change from the time we’re children.

Concerns have certainly expanded from the care-free days of the first film. Many of the subjects are parents and/or grandparents now and bemoan the lack of opportunity in this modern world. Some of his subjects have seen fortunes and come and go while others have mellowed happily into a middle-class existence. Many discuss regrets, such as missing time with their children when they were young, or mourn love ones who have passed. They all seem like they have less to lose now that they have reached their 60s, and they come across as less guarded and more open with Apted’s probing interview style.

Loss hangs over almost every one of the subjects. They tear up when talking about parents and loved ones who have passed on. And death hangs close for even them, these former children who we have followed for the duration of their lives. Nick, the science professor who emigrated from Britain to Wisconsin, is in the throes of treatment for throat cancer. A person who always spoke with confident certainty, it is devastating to see him grapple with his mortality and the uncertain future for his loved ones if he passes. Meanwhile, other subjects talk about brushes with death including a brain hemorrhage after a fall from a horse.

The biggest change in the rhythm of Apted’s film is handling the death of librarian Lynn, the first causality of the series. Though aware of a congenital brain defect for most of her life, the events leading up to Lynn’s death are tragically compounded by her widower and their children, who appear to close the chapter on Lynn’s life. Will Nick be missing when 70 Up appears in seven years? Will Apted, pushing 80 and exhibiting signs of aging, be alive or capable of making another installment? Just like life, the series began with so much hope, the world wide open with possibility. Now, it’s about gleaning happiness and contentment in the time allotted us.

In a revealing essay for the New York Times Magazine, Gideon Lewis-Kraus delves deep into the history of the series and exploring just how much work each segment takes to produce. More than ever, Apted and his subjects discuss how the movies have impacted their lives and how it has made them all feel connected as a sort of extended family. As they approach 70, his subjects are more reflective than ever, especially Jackie, who has had a bittersweet relationship with the director over the years.

We operate as if we will never die, yet 63 Up and all of the films in the series are a reminder, a paean to the beauty in each stage of life. It does the work of the best films, makes us think deeper about our own experiences with being human, how we relate to one another and our self – both the past and current iterations. If 63 Up is truly the last installment of the series, it has been a marvelous ride and, as Roger Ebert famously said, “the noblest project in cinema history.”