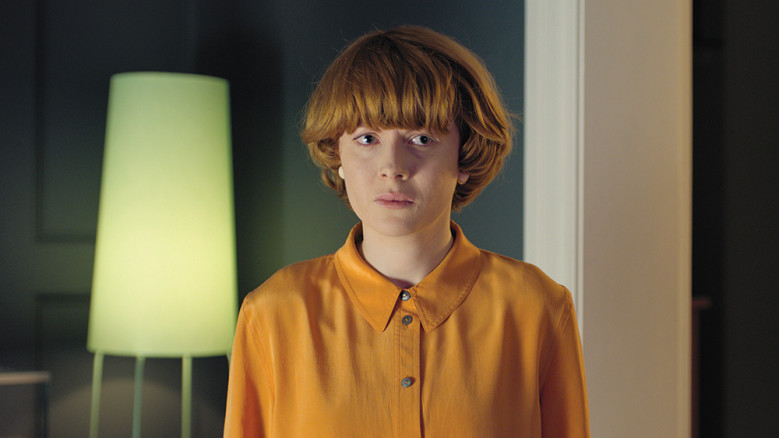 With its antiseptic aesthetic and hermetically sealed production design, Jessica Hausner’s latest film, Little Joe, more closely resembles a shrewd music video or a knowing tech commercial than a prestige genre exercise. The film’s blend of science fiction and horror calls to mind the best episodes of “Black Mirror,” only where that series tends to pack a lot of punch into a short runtime, this threadbare premise gets stretched so thin over its feature length that it’s hard to see anything other than the holes.

The “Little Joe” of the title refers to a plant designed by the film’s protagonist, Alice (Emily Beecham), named after her son (Kit Connor). Alice and her colleagues (among them erstwhile love interest Chris, played by Ben Whishaw) plan to use the plant for pharmaceutical aims, but its effects on users go far beyond its intended uses. Rather than functioning like some kind of designer drug/mood enhancer, the plant is actually a host-type organism going full Invasion of the Body Snatchers on anyone who comes in contact with it.

There’s a roiling pacing at play here, a deliberate slow burn that makes the distance between the setup and the payoff feel like water torture. Hausner deserves credit for the film’s hypnotic pacing, glacial camera movements and reserved tone, but beneath the surface, Little Joe lacks the substance to support its often-frustrating design. The film’s writing feels obtuse, its acting purposely stilted, and at multiple times throughout its length, the gnawing sense that we’re watching a segment in an imaginary anthology film dragged past its logical format eats away at attention spans and patience alike.

But the film is also troubling for other reasons, chief among them how uncomfortable some of the film’s thematic implications feel. Whether it’s intentional or not, the specific way this well-worn sci-fi trope gets trotted out for the era of SSRIs feels like the kind of new-age scaremongering Goop subscribers tend to lob at people who need antidepressants to function. “Little Joe” changes people fundamentally, making them feel better but “they’re not the same” in a way that suggests a pernicious reading of how medication and identity intersect.

Perhaps there’s a deeper reading that works in a more resonant manner, but it doesn’t exactly feel present in this otherwise barren and fussed-over art object of a genre exercise. Little Joe is not without its charms, as Beecham’s performance is suitably engrossing, and Martin Gschlacht’s camera work is impressive. But there’s not much on display here that wouldn’t work better in a more focused and truncated form factor, probably sandwiched within a streaming platform’s anthology series where it could get across all the same ideas in half the time. For those easily beguiled by tightly coiled visuals and meditative pacing, this might be a welcome update to well-trodden genre fare, but for anyone else, this is sure to irritate.