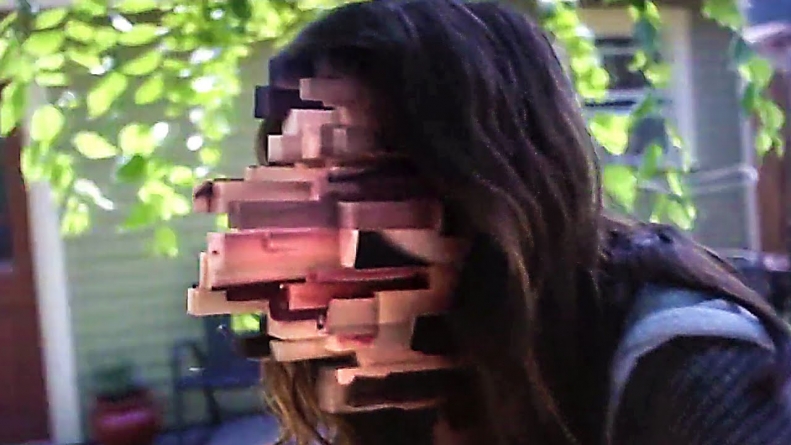 The Mandela Effect spends far too much time on dry exposition, leaving little room for character development or a compelling narrative.

Do you remember that ‘90s movie starring Sinbad as a genie? Didn’t Curious George used to have a tail? And when did Jiffy peanut butter shorten its brand name by two letters? If you’ve ever had these thoughts, you’ve experienced the sort of collective misremembering that’s become known as the Mandela Effect. David Guy Levy’s film of the same name taps into the sensational weirdness of this cultural phenomenon, which some have pointed to as evidence of slipping between parallel worlds in a multiverse or a glitch in a simulated reality. But The Mandela Effect spends far too much time on dry exposition, leaving little room for character development or a compelling narrative.

The film tries to wring some pathos out of its abstract sci-fi premise in the laziest way possible: with a dead kid. Grieving the death of his daughter, Brendan (Charlie Hofheimer) picks up one of her favorite bedtime storybooks, one from the popular Berenstain Bears series. The thing is, he remembers them as the Berenstein Bears, and this sends him down a rabbit hole of questioning the very nature of reality. Not the worst premise for a film, but one that’s woeful in its execution. Brendan proceeds as though he’s uncovering a gnostic secret that hasn’t already been widely discussed. While his wife, Claire (Aleksa Palladino) attempts to heal and move forward, Brendan seeks out the expertise of Dr. Fuchs (Clarke Peters) and is driven to obsession with the idea his daughter (Madeleine McGraw) is really alive out there in some alternate reality where “Looney Tunes” is actually spelled “Looney Toons” and where Nelson Mandela did die in the ‘80s, as a relatively large number of people mistakenly recall.

With a story so thinly sketched, this would’ve been a far more effective project if presented as documentary, the focus of the film on the details of its conceit, not on creating a believable scenario affecting three-dimensional characters. The Wikipedia-like presentation of facts about the Mandela Effect only compounds that feeling. So expository and dull (despite its fantastic subject matter) that its 80-minute runtime feels like a slog, the film wastes the potential of an intriguing psychological aberration by not taking a meaningful approach to its exploration. Of course, the effect itself can be easily explained by the blatant fallibility of the human memory, to the point that eyewitness testimony is one of the less effective means of establishing facts. After all, what’s more likely: that people remember Sinbad as a genie in a ‘90s movie called Shazaam because they slipped into our world from a parallel one, or that they are misremembering that the film was called Kazaam and starred Shaquille O’Neal?

The Mandela Effect lays it on thick in its third act, ramping up the maudlin tone of its well-worn dramatic elements even as it tries to amplify the sci-fi mindfuckery. Neither approach works, and the whole thing ends up as a forgettable exploitation of a bizarre aspect of collective human memory that simply deserves to premise a better film.