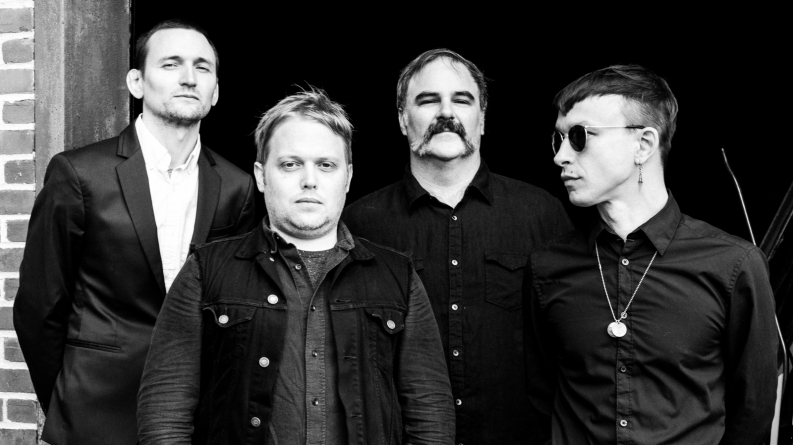 The staggering line-up of Daughters, HEALTH and Show Me the Body, was enough to make me slightly concerned about how heading to Brooklyn Steel on December 19th might affect my physical well-being, but those concerns quickly turned into jittery excitement. So when the night came, I and a large crowd of folks dressed, unsurprisingly, in mostly black waddled into a massive warehouse in East Williamsburg for an intense show that might’ve left people somewhat thankful for the sobering, cleansing nature of the cold.

Show Me the Body, embracing the energy from their young hometown crowd, ripped through and a little over their designated 30 minutes. As is common during their performances of any size, a pit opened up and rushes to get make it to the stage happened in the blink of an eye. The energy didn’t subside until the band thanked the audience one last time and left the stage—many people ended the set in handshakes and hugs after violently throwing their body weight and extremities around the center of the floor.

Having seen Show Me the Body a great number of times, Brooklyn Steel was by far the largest venue I’ve ever seen the band play. And while the beefier barricades and security kept the set from getting as out of hand as it typically does, the larger space allowed, literally and figuratively, for a grander stage to express themselves on and for their CORPUS friends to witness. Few bands in recent memory feel like they have their full team behind them at all times—especially when Show Me the Body play in the city, the whole community comes together for support.

Perhaps it was the flash-bang nature of Show Me the Body’s set, but the rowdiness took a substantial dip during Los Angeles trio, HEALTH’s intense visually and aurally stimulating performance. Between the loud and heavy synthesizers and guitars driving the 15-or-so song setlist and the extreme light show, HEALTH’s set was at times challenging to take in all at once; however, this challenge seemed to be one intentionally constructed by the band, creating an experience that embraces some of the more overwhelming pieces of their music and initiating a great deal of closed-eyed headbanging in the process.

The mood again changed when Daughters came to the stage. There was certainly excitement and rapturous applause for the well-established group, but also a sense of nervousness. The band’s most recent album, and one of 2018’s best, You Won’t Get What You Want, is a terrifying, brutal and tense album that leaves listeners both grateful that the music exists but also that they made it through alive. Outside of their four, mostly unimpeachable studio catalog, Daughters also carries a reputation for being one of the more vicious live bands around, all of which builds towards a certain “what the hell am I getting myself into” feeling when entering one of their shows.

Whether affected by the larger venue or the strains of a seemingly endless touring schedule since the release of their last album over a year ago, Lead singer Alexis Marshall’s performance felt more contained than it is usually mythologized as and that I have seen previously—because of this, the performance seemed to hone in more deeply on the poetry and atmosphere that placed You Won’t Get What You Want on such a high level. The violence was significantly toned down from when I had seen them perform in a smaller venue in Seattle just after the release of You Won’t Get What You Want.

Instead of the typical physical abuse Marshall puts himself through on stage, the microphones received the brunt of the damage—after nearly every song Marshall would throw them to the ground or high into the air for them to crash somewhere on stage—while the band engulfed the audience in a whirling, horrifying cacophony made all the more relentless by the venue’s massive PA system. The immensity of Daughters’ sound made it feel as there was really no escape from their musical world and forced a presentness and engagement with the remarkably tight performance and Marshall’s anxious snarls that was almost as exhausting to witness as it must’ve been for the band to perform.

When the evening was done, the murmurs from those waiting in the coat check line and those walking back out into the cold were quieter than I would’ve anticipated. Mostly, I would assume, because on this particular night the group dove so deeply into what made You Won’t Get What You Want such an emotionally draining listening experience. I would use the word cathartic or purgative to describe both times I have seen Daughters perform live, but the experiences differ in that the first felt more like witnessing a physical catharsis, and the second an emotional, mental one. But regardless of that tonal expression, both were, and are, unforgettable.

Evan Welsh is a writer and coffee addict from Salt Lake City now based in New York. He recently graduated from the University of Puget Sound with a degree in English (the only language he knows) where he had a radio show about music with literary references. If you’d like to talk with him about music, books, how frustrating the Knicks are, or anything else you can find him on twitter @evanswelsh15 or at a live show somewhere.