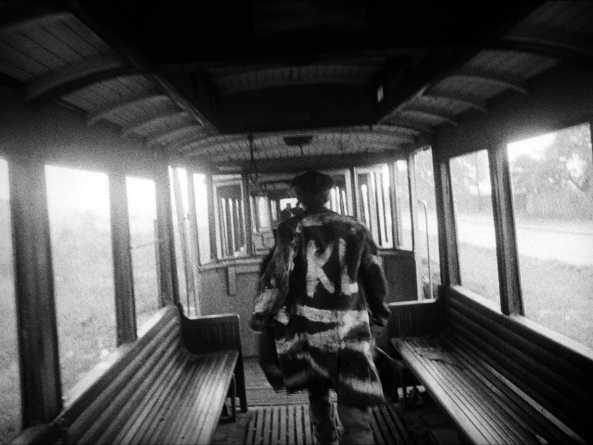 Diamonds of the Night remains a crowing jewel in an important film movement that aches to be experienced.

Though not as well-known as their French counterparts, the directors of the Czechoslovak New Wave nevertheless created evocative and confrontational cinema, crafting movies with sturdier narratives than those that came out of France. And while directors such as François Truffaut and Jean-Luc Godard worked in relative freedom, those in Czechoslovakia toiled under an oppressive Communist regime, churning out little miracles such as Closely Watched Trains, Intimate Lighting and Loves of a Blonde under the reproachful eye of censors.

In contrast to the French New Wave’s “enfant terrible” Godard, who has made dozens of films, Jan Němec, his Czech foil, did not enjoy such a prolific career. Blacklisted and exiled after the release of his debut feature, Diamonds of the Night (1964), Němec was one of the movement’s fiercest and least compromising auteurs. After adapting a short story by Auschwitz survivor Arnošt Lustig for his student film, the director returned to the author for his first feature, crafting his scathing, barebones Diamonds of the Night from Lustig’s autobiographical novel of his experiences during World War II.

The film begins as two young boys run through an unforgiving forest. Němec keeps his camera close, focused on the boys’ shoulders, taking us through the dense underbrush, imbuing us with terror. All we can hear is the diegetic heavy breathing of the boys on the run, the occasional sound of the forest. Clocking in at a scant 67 minutes, Diamond of the Night is an escape film, a hallucinatory montage of dreamed reality, a choose-your-own adventure of sorts that mixes the present, memory, fantasy and dream into a mélange of terror. Neither of Němec’s boy protagonists have a name. Neither of them says much. From the occasional sound of gunfire in the distance and the shouts of German in the background, we surmise they are escaping from the Nazis and that the face-forward dash into the woods is a journey of life and death. 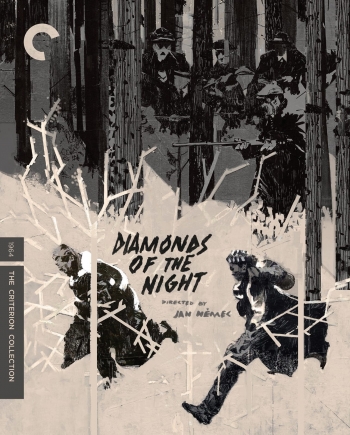 Diamonds of the Night is unforgiving for those seeking a traditional narrative. Beginning in media res, the movie goes full-throttle from its beginning, a desperate drive for safety. As the boys scurry through potentially hostile farmland, misty forest and the desolate remains of a rock slide, they are dogged not only by the Nazis but hunger, thirst and exposure to the elements. Němec intersperses these scenes of dire peril with still life images from a more peaceful time (or is it all just fantasy?), showing us Prague’s picturesque streets, its crumbling grandeur, of the unassuming life of a young man coming into his prime. Whether these idyllic moments are memory or fantasy is never clarified but it’s a far cry from the ant-infested, soggy reality of life on the run.

But what exactly is “real” here? In the “memory” sequences, the boys are already dressed in ratty jackets emblazoned with “KL,” the German concentration campy acronym for Konzentrationslager as they roam Prague’s streets and ride its street cars, sauntering past Nazis who smile or ignore them. It isn’t clear if one of the boys or both are remembering/dreaming these reveries or if they exist side by side with what we are presented with as harsh reality. That doesn’t take away from the excruciating details of the forest.

Diamonds of the Night pushes against conformity in the same way its maker did, angering everyone from his film teachers to the State production company in a trail that eventually led to his inability to make films in Czechoslovakia. It makes sense because the film does nothing to hide its contempt for complacency, especially in the final sequence when a group of geriatric men chase the boys through the woods, merrily taking shots at them as if on a hunting party. This leaves us with an ending that is completely open to interpretation but still gut-wrenching. As Němec’s contemporaries would go on to win awards, direct Hollywood films or even survive by making films kowtowing to the Soviets, the director would toil in obscurity away from his homeland until returning in 1989 following the Velvet Revolution. Based on the handful of films left by Němec, who died in 2016 at the age of 79 after an illness, the director would never follow the trajectories of his peers and Diamonds of the Night remains a crowing jewel in an important film movement that aches to be experienced.