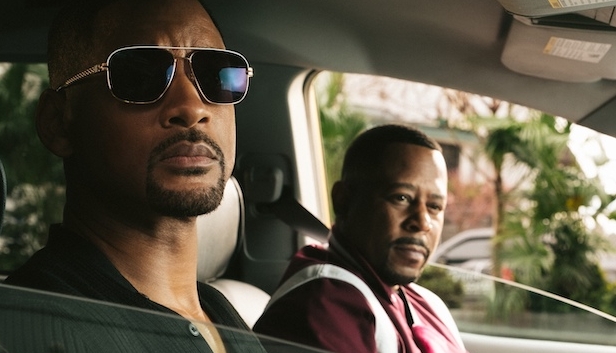 In 1995, Bad Boys helped propel Martin Lawrence and Will Smith, then still TV leads, into movie stardom, alongside a Michael Bay who at the time probably never thought about the logistics of a car transforming into a giant robot. In 2003, Bad Boys II repeated that process, only bigger, louder and considerably meaner, the style and charm of the original buddy cop showcase turned into a sour, bombastic exercise in violent indulgence.

With an even longer gap between sequels and no Bay in tow, Bad Boys for Life asks if this is even a franchise that can continue to exist going into 2020. If they’re no longer fast-talking, young mavericks shooting first and asking questions later, then aren’t these Bad Boys really just bad men?

Bad Boys for Life isn’t exactly a ponderous treatise on cop morality or anything, but the film’s principle conflicts are genuinely deeper than either of the preceding outings. Marcus (Lawrence) is a grandfather now and eager to retire from the force, while Mike (Smith) is dyeing his goatee black and refusing to acknowledge the passing of time, unable to settle down or accept his hotshot days are behind him.

An operatic new villain (Jacob Scipio) rooted in Mike’s past hits town, laying waste to everyone involved in a case from earlier in his career. When the carnage leads to Mike taking bullets and hanging on by a thread, Marcus prays to God, saying if Mike pulls through, he’ll never enact violence again in his life. So, once Mike is back on his feet ready to hunt down the big bad, Marcus has already retired and refuses to pick up a pistol.

It’s a welcome change to the earlier two films, where the conflict between the two leads is usually superficial and only felt compelling because of Smith and Lawrence’s considerable chemistry with one another. Those movies live and die based on the duo’s jokes and the startling evolution of Bayhem, getting to see the big budget director’s penchant for devastation grow larger and more ornate. Here, the parts of the movie that exist between the big set pieces feel like more coherent and engaging storytelling than the prior film’s haphazard buddy cop antics.

While new directing duo Adil El Arbi and Bilall Fallah can’t match Bay’s apocalyptic gifts for large-scale action, they do avail themselves quite nicely in terms of diversifying the film’s sequences, interjecting John Wickian hand-to-hand combat scenes and gun fights alongside the usual car chases and explosions. With how handily they channel, mimic, subvert and ultimately move beyond the “Bayhem” style of the franchise, these guys have basically written their own ticket, sprinkling dashes of artsy flourish over otherwise expected moments of chaos. It’s like watching a young chef delicately plate a big, juicy steak, fussing over decorative saucing for their own personal edification.

The only two things holding the film back from shocking the world and being the actual best in the franchise are the largely horrendous third act, predicated on a twist so absurd it feels like it comes from a different movie entirely, and the insistence on making Smith play ball with a new elite unit of hot young cops who use laptops and drone cameras and “futuristic” forensics that may have felt hi-tech 15 years ago.

It’s clear the studio is struggling to accept that Bad Boys isn’t Bad Boys without Smith and Lawrence, so they try to expand the concept and pivot awkwardly to Fast & Furious-style team-building, so theoretical future studios can use the original leads sparingly, if at all. Unfortunately, this film showcases some of the best work either man has done in literal ages. So, if Bad Boys for Life wanted to set up life after the death of what this franchise used to be, perhaps it shouldn’t have solidified what we loved about it in the first place. These movies can work with Michael Bay, but if you take out the two stars of the title, it’s going to be the same cookie-cutter franchise claptrap nobody wants or needs.

Here’s hoping if there is another Bad Boys film in the future, it either tries to start from scratch with two performers in a similar place to ’95-era Smith and Lawrence, or finds a way to keep them around in a significant enough capacity for the action to be worthwhile in the first place.