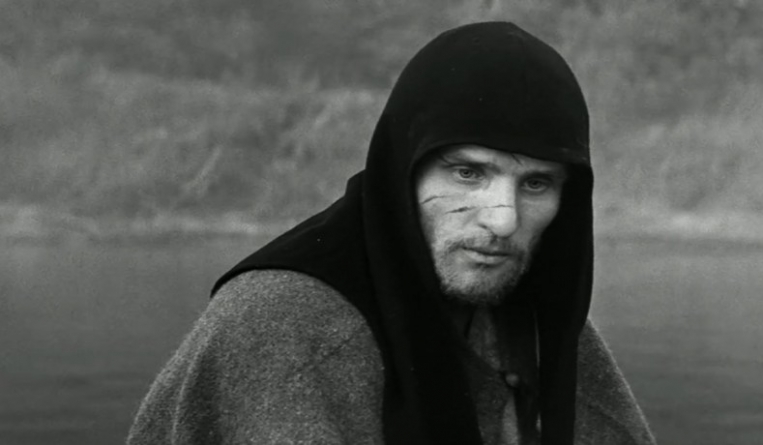 For his second film, Tarkovsky did not mess around, composing a massive three-hour-long epic about medieval Eurasia and the rise of the Russian Empire.

For his second film, Tarkovsky did not mess around, composing a massive three-hour-long epic about medieval Eurasia and the rise of the Russian Empire. He takes on some of the most poignant themes available for an artist to investigate, including religion, politics, art, identity and redemption. The resulting film, Andrei Rublev, was plagued by severe censorship issues under the more restrictive Brezhnev regime that took power in the Soviet Union during the production process, but the most common version available in the US today (the Criterion edition) is Tarkovsky’s unadulterated original cut. Even with all of its thematic ambition, period-piece challenges, enormous runtime and battles with the Soviet authorities, Andrei Rublev is recognized as one of the greatest films of all time. It is also among the most influential films ever made; for example, one of 2019’s more celebrated films, Ad Astra, features an opening scene that is a direct homage to Andei Rublev’s.

Nominally, Andrei Rublev is a historical biography of the eponymous historical figure, who was a prominent 15th-century religious icon painter. It is not a biopic as we understand such today, as Tarkovsky largely invented the details of Rublev’s life story, though Rublev was indeed a real-existing historical figure who did indeed paint now-famous religion icons. But Tarkovsky is mainly using Rublev as a way to explore broader questions about the historical origins of Russia and what such origins may mean for the Soviet Union of the ‘60s.

In Rublev’s lifetime, Russia did not exist; instead, it was a small kingdom called Muscovy, which was a puppet of the splintering-into-warring-factions late Mongol Empire. Rublev’s life was riven with violence, invasions, towns being sacked and re-sacked for political (or personal) reasons and destruction of religious property (as Orthodox Muscovy’s main rivals were the Muslim Tatars). Tarkovsky captures all of this fighting and instability, showing how it affected his protagonist. Rublev kills a man trying to rape a Russian woman while that man’s armed band destroys Rublev’s monastery (including many of his paintings); afterward, Rublev takes a vow of silence and gives up painting. What is the point if all humans are murderous fiends and all art will be burned by ransacking villains anyhow?

Metaphorically, the historical narrative of Andrei Rublev is doing lots of heavy lifting. The Soviet Union of the late ‘60s in which Tarkovsky made the film looked nothing like the early-1400s Muscovy of Rublev. Rather than the ponderously-backward, politically-weak religious state (which became the world-center of the Orthodox faith after the Ottoman capture of Constantinople a few decades later) that Rublev struggled to survive in, Tarkovsky lived in a nuclear superpower, officially atheist and among the most multicultural states in the history of the world, with a thriving space program and a Moscow that was among the most cosmopolitan, intellectual hubs of art and ideas on the planet. And yet, suggests Andrei Rublev, deep in the Russian soul there may still be some of that praying-and-scuffling-in-the-dirt peasant culture that created the country in the first place. And what would it mean if that old culture was still buried there in the hearts of the USSR’s citizenry? What would mean if it is instead all gone? Andrei Rublev does not necessarily have definitive answers, but it does offer up what the Russian essence, if one exists, may look like.

Andrei Rublev is not an intense meditation on national identity and the role of religion in society. In many ways, the film is a lark. There is a naked pagan dancing scene and a prolonged, manic bell-casting chapter that are both pure visceral cinematic joy to watch. But the opening prologue demonstrates the more light-hearted side of the film best, featuring a daring inventor attempting a balloon flight over the medieval Russian landscape, as an angry mob descends to lynch him for his sacrilege. The man succeeds, his balloon gliding beyond the reach of his murderous neighbors and he is giddy with excitement and wonder at flight. This is Tarkovsky winking at us: he is the striving daredevil with a vision so absurd the rest of us just cannot accept it, so he must fly away over our heads and hope that someday we can catch up to him. And he also has to hope he survives the crash-landing when he comes back down.