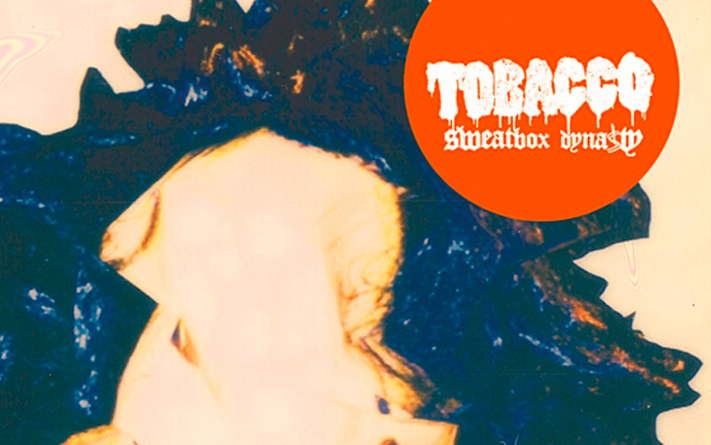 The sound made by Tobacco comes from a similar place, though his albums suggest the dark, corrupted, and fucked up urges that spawned from a pile of Moogs and mescaline found in the woods outside Pittsburgh.

When I caught my first Black Moth Super Rainbow show in late 2018, one of the most difficult obstacles to overcome was the fact that, sonically speaking, they don’t sound like musicians so much as forest beings that had found an overturned truck full of analog synthesizers and enough hallucinogens to last for decades. The sound made by de facto frontperson Tobacco (human name: Tom Fec) comes from a similar place, though his albums suggest the dark, corrupted, and fucked up urges that spawned from a pile of Moogs and mescaline found in the woods outside Pittsburgh.

The easiest way to absorb Black Moth Super Rainbow in concert is from a slight distance – if you allow yourself to forget about the musicians and instead focus on the music and accompanying visuals, you can hold onto the illusion that people aren’t making these sounds. Yet Tobacco’s early show at Holocene stripped that possibility away entirely: outside of stage lights and mild darkness, Fec – accompanied by fellow Black Moth, The Seven Fields of Aphelion (human name: Maureen “Maux” Boyle) also on synths – stood unadorned and unhidden, with nothing but their music to distract from reality.

While Black Moth Super Rainbow might almost have too much going on onstage, it’s unfortunate that Tobacco’s lack of any real stage production made it hard to know where to look. While Boyle and Fec are somewhat engaging to watch through the venue’s darkness, ultimately people playing bass and keys and synths are only so interesting to watch. Luckily, though, the music is engaging, the duo’s sinister pop music and vocoder vocals beguiling enough to easily overlook a lack of spectacle.

The main event lasted about an hour, but it was a reasonably seamless one, with each song bleeding into the next. Fec and Boyle took the opportunity to work out some new songs, and while they (frankly) sounded a hell of a lot like the old stuff, it did little to detract from how impressive it can be to watch people produce that music so effortlessly, which almost makes the fact that their music sounds like dark sorcery all the more remarkable. The highlights were an incredibly muscular-sounding rendition of “Side 8 (Big Gum Version)” from Fucked Up Friends and, no fooling, Eric Carmen’s ‘80s staple “Hungry Eyes,” which caused the room to erupt in a flurry of joy.

To cap it off, the show had some of the most bone-crushing bass I’ve experienced at Holocene. Fec is a highly-skilled bassist, and the low end of every song dominating the mix, to a degree that it vibrated a glass – and my can of cider before it – off the stage. In hindsight, it feels like an intense move; while they didn’t have visuals to accompany the unsettling music (at one point in the past, Fec would perform with warped clips from hardcore pornography behind him), the fact that they were able to create sound capable of inadvertently destroying barware is an interesting attempt at making up for it. Does that completely make up for it? Probably not, but even if it wasn’t altogether the most engrossing performance, it’s actually quite helpful to watch normal-seeming human beings – rather than forest mutants – who are capable of making fascinating and unsettling psych-pop, while making it seem like something you could do too.