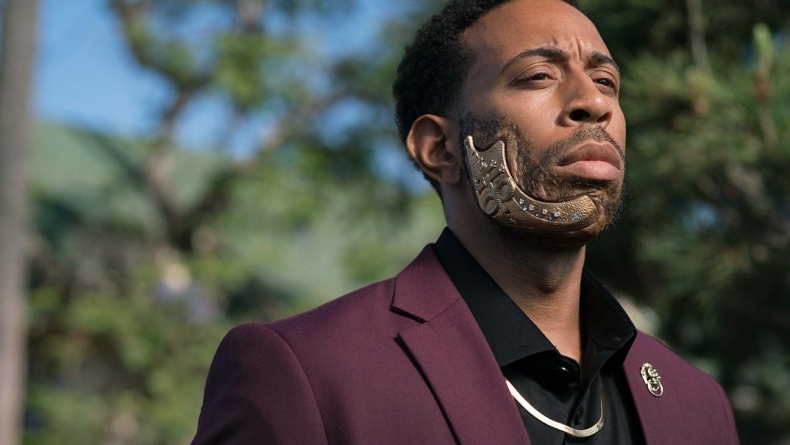 For a film named after an iconic folk hero, John Henry is both uninspired and uninspiring, a mixed bag and missed opportunity that’s as confounding as it is infuriating.

For a film named after an iconic folk hero, John Henry is both uninspired and uninspiring, a mixed bag and missed opportunity that’s as confounding as it is infuriating.

Director Will Forbes seems passionate about depicting toxic masculinity in black culture and the plight of gangs in inner cities, but has created a film less subtle than a Nancy Reagan speech and dumber than any number of pulp pictures he’s awkwardly borrowing from. On its surface, John Henry looks like a simple enough modern update of the folk tale, with Terry Crews as a hero caught in a Walking Tall-like quagmire.

This John Henry (Crews) lives with his wheelchair-bound father BJ (Ken Foree) and minds his business, a quiet pacifist who wants no part of the drama outside his doorstep. Despite his closed-off nature, we know he’s a good guy because of the stoic way he hugs a dog who’s been accidentally slain in a drive-by shooting. John Henry takes in a young woman named Berta (Jamila Velazquez) on the run from a gang and has to exit his comfort zone, coming into conflict with skeletons from his past.

From there the only real kinship with the folk tale comes from Crews carrying around a big ass hammer in the third act. It is otherwise a messy, overly stylized, shoddily written waste of viewing time. Forbes and co-writer Doug Skinner, in trying to adequately capture some of the malice inherent to gang culture, wind up luxuriating in a bleak worldview there’s no escape from. It’s not a situation where they have to set the stage with some dark and depressing shit so they can ultimately frame an uplifting story from it. They just stew in borrowed visuals and repetitive themes that they take absolutely nowhere.

If Forbes and the crew wanted to get together and take a big group photo where everyone was holding placards that say “joining a gang is bad,” that would be a more profound and moving use of resources and time then this misbegotten faux-B-movie morass that splits the difference between ‘70s blaxploitation and ‘90s G-funk music videos with none of the flair. There’s a particularly egregious scene where a kid is running around mimicking the dances from Donald Glover’s “This is America” video while an absolutely putrid mock version of the song plays on the soundtrack. It perfectly encapsulates the hand-me-down vibe of the entire affair.

This is a movie where Chris “Ludacris” Bridges shows up mid-way through as the heavy and he has a giant gold jaw brace surgically implanted into his face that no one acknowledges or remarks upon. It’s criminal to have Terry Crews and a giant hammer going up against A Literal James Bond Villain and not have even an ounce of fun with it.

Ken Foree, a legend in his own right, is the only person involved who has an idea of what kind of movie this ought to be. He injects welcome humor, charisma and vitality to an otherwise inert movie populated by people making stern “serious” faces in lieu of giving actual performances. One hopes that a more talented filmmaker sees this movie, and, remembering Foree exists, writes a better movie around him. That’s the best thing that could come out of John Henry. Failing that, a lengthy apology from all involved might suffice.