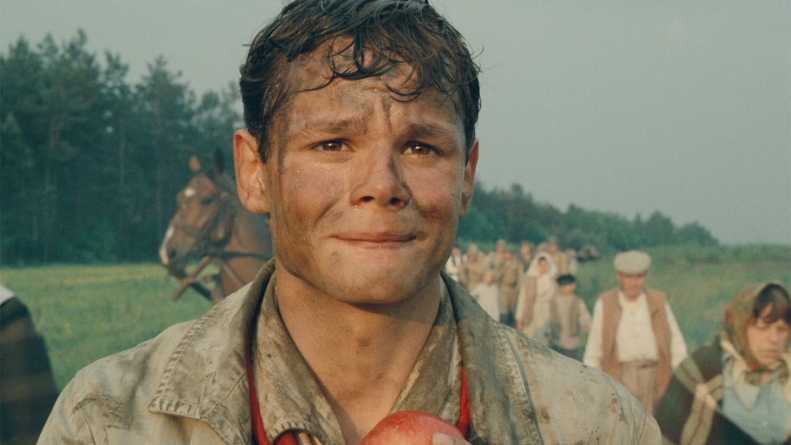 In a time when nationalism and hatred fuel political campaigns both in the United States and abroad, Europa Europa remains relevant

Sometimes the most extraordinary stories are true. If Europa Europa, Agnieszka Holland’s 1990 World War II drama, has a story that feels as forced as Forrest Gump at times, one cannot accuse a lazy screenwriter of too many contrivances. In fact, the movie is based on I Was Hitler Youth Salomon, an autobiography by Salomon Perel, a Jewish boy who survived the war posing as a Nazi.

After being separated from his family during Kristallnacht, Perel ended up in a Soviet orphanage before becoming a translator for the Nazis. A high-ranking official took a shine to Perel and adopted him. While this fate may be far better than what happens to his family, Perel still lived in mortal fear that someone would see his circumcised penis and realize his true identity. It’s this idea of losing one’s self, especially during wartime that drives Holland’s film.

Perel grapples with survivor’s guilt. He may be intelligent but his survival most often hinges on luck. When the Nazis attack his family during Kristallnacht, he hides in a barrel while his sister is murdered. While trying to escape Poland, he falls into a river and is saved by a Bolshevik soldier. The one Nazi who sees his penis turns out to be a gay actor who promises to keep his secret. There is an absurdist quality to Europa Europa, a sense of humor that did not sit well with European critics when the film debuted. But as time has passed, this resigned sort of gallows humor suits the movie perfectly. 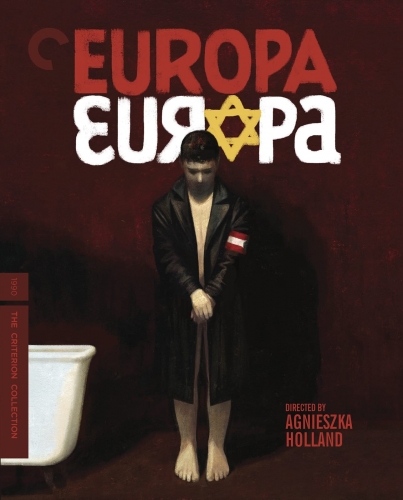 Holland has claimed that Perel’s penis is what “saves his soul.” Without that constant reminder of his Jewishness, it is quite possible he would have lost his identity, been sucked up into the Nazi machine. It’s fitting that she begins the film with Perel’s circumcision, an event he claims to remember. His penis also threatens to give him away numerous times. At one point, Perel tries to undo his circumcision by tying what’s left of his skin forward, resulting in near-devastating consequences.

Europa Europa may travel physically across the continent but it is also a journey into Perel’s psyche. Holland presents numerous dream sequences, some featuring Stalin and Hitler. They detail a young man tortured by his hidden identity. However, the most harrowing sequence is when Perel goes to Łódź to search for his family. When he arrives, he is informed the only way through the ghetto is via a streetcar with painted windows. Through a crack in the paint he can see the death and disease that has consumed his people. All around him, the other people on the car travel as if nothing horrific is taking place just outside.

The film was both well-received by critics and a box office success, winning various awards including Best Motion Picture – Foreign Language at the Golden Globes. Yet, European critics accused Holland of both making light of the Holocaust and the ideologues on both ends of the spectrum. In a time when nationalism and hatred fuel political campaigns both in the United States and abroad, Europa Europa remains relevant, a reminder of what happens when authoritarian leaders begin weeding the people they don’t like. In a crucial scene near the end of the film, Perel breaks down in tears and reveals that he is a Jew to the mother of a German girl he fancies. He just can’t keep it inside any longer. Europa Europa’s most important journey is its emotional one.