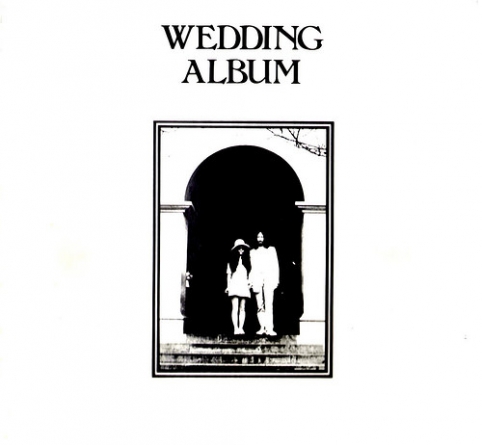 There is little in the way of a modern analogue, which makes this trio of recordings a difficult beast to reckon with on any level other than visceral.

For the uninitiated, the problem with Yoko Ono and her music generally stems from the perception of the series of recordings she made with John Lennon in the late 1960s shortly after they paired up, married and subsequently—at least in the greater popular misconception – went on to break up the most popular band in the world. It’s an easy enough leap to make, given the rather off-putting nature of the sounds collected on Unfinished Music No. 1: Two Virgins (1968), Unfinished Music No. 2: Life with the Lions (1969) and Wedding Album (1969). But it’s also an incredibly lazy move and one that has prevented generations of listeners from experiencing the work of a singular talent and perhaps one the most unique canons in all of popular music.

A visual artist first and foremost, Ono sought to employ her Fluxus-bred training in an aural capacity that would often prove far more challenging (at least in terms of the public’s ability to consume it willingly) than any of her art pieces. Lennon, a pseudo-intellectual who fancied himself an artiste and, by the time his path crossed with Ono’s, above the pop cultural contributions of the band on which his reputation had been built, took note of Ono’s stature within the art world and, aside from the immediate levels of attraction, sought to hitch his wagon to her proverbial star. The result of this is the aforementioned trio of recordings the couple released in the waning years of the Beatles’ pop music reign.

And it’s here that the problems begin in sort of a catch-22 scenario: Ono’s status rose in the wake of her association with Lennon, while it also allowed the two of them to record and release these rather misguided, amateurish sound collages that, had they been released by literally anyone else would’ve been wholly ignored by all but the most ardent of avant-garde enthusiasts and reissue-label fetishists. Instead, all three were released on the Beatles’ Apple imprint (admittedly via the Zapple subsidiary) and, to complicate matters further, the first release from the duo featured the pair stark naked on the album’s cover.

While the world was in the midst of a cultural and social revolution, it was by no means ready for a beloved generational figurehead to put himself in such a position, both literally and figuratively. That he was with a Japanese woman of largely unknown (to Westerners unfamiliar with her wealthy banker father and classical pianist mother) provenance muddied the self-described tolerant, peace-loving waters all the more. In this, the response to Two Virgins was perhaps the most blatantly racially motivated bit of vitriol launched at Ono following her meeting Lennon. Yet it’s just the sort of boldly artistic statement one would have expected from Ono as she found herself with a far bigger platform from which to spread her message of peace, love and tolerance (one adopted wholesale by her previously wildly misogynistic new husband). It’s just unfortunate that the corresponding sounds weren’t as revolutionary.

For those who’ve made it through any of the three albums, you’ll know they’re little more than a series of field recordings from the Lennon/Ono world circa-’68/’69, often augmented by tape manipulation and assorted vocalizations. Life with the Lions is perhaps the most intimate of these, with “No Bed for Beatle John” acting as a sort of singsong diary entry from Ono and “Baby’s Heartbeat” the heartbreaking sound of a life that was not to be. It’s a sound that carries briefly over to “John & Yoko” on Wedding Album, a track that essentially becomes little more than a primal scream session in which the pair vocalize each other’s names across a myriad range of human emotions. It’s fairly dull and doesn’t have much to offer in the way of any sort of grand artistic statement, rather more the sounds of a newly-in-love couple messing around with a newly-purchased tape recorder (which is essentially exactly what all three of these albums are).

In other words, in terms purely creative, there is nothing here that wasn’t already being done elsewhere and far better by other, lesser-known creative types for whom the avant-garde was their only recognized purview. And comparatively, none of these albums offer anything even remotely challenging in terms of listenability or pushing the creative envelope to new extremes (this would all come later when Ono and Lennon moved into a more avant-rock direction).

Because of this, there truly isn’t much to recommend on any of these three recordings aside from an early evolutionary step in Ono’s development as an aural conceptualist (check her hesitant warbling on “Two Virgins: Side One” for the embryonic stages of a powerful vocal tool she would employ to much greater degree with subsequent releases, including on Life with the Lions’ “Cambridge 1969”). These are instead curiosity items made all the more so by the involvement of, at the time, one of the most popular and successful pop musicians on the face of the planet. There is little in the way of a modern analogue (let alone one before or since), which makes this trio of recordings a difficult beast to reckon with on any level other than visceral. And given the raw, intimate and often mindless nature of the recordings, this seems to be to intent. Fifty years on, they remain as obtuse as at the time of their release.