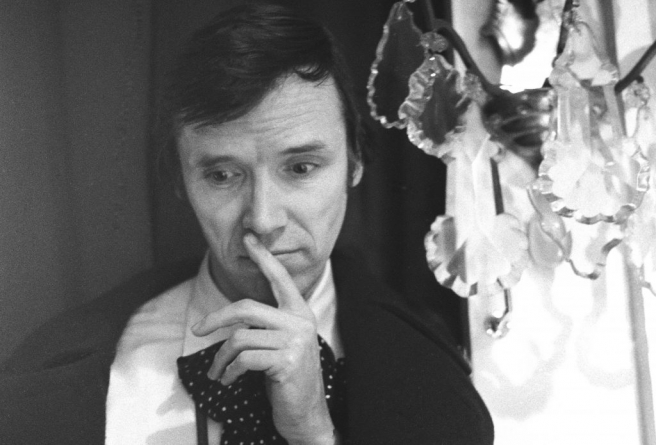 Cunningham would, perhaps, be embarrassed by the mere existence of a documentary being assembled in his honor

We are obviously meant to be in thrall of the late subject of Mark Bozek’s The Times of Bill Cunningham, a brief and, unfortunately, rather dull documentary of the famed fashion historian (he resists being called a photographer, although that’s how most people know him. Cunningham was responsible for much of our understanding and comprehension of sartorial trends from the 1970s and beyond. Perhaps the humility of his subject evades the primary intention on the part of Bozek, who uses his own 1994 interview with Cunningham – heretofore unseen – as the framing device for a biographical account of the man’s life, occupation, and unlikely accomplishments. The central mechanism of the documentary comes in two methods.

The first is the interview, which, on balance, runs for about 40 minutes over the course of the film’s fairly inconsequential 75. Cunningham brings us through the points of his career that meant the most to him. For instance, he lived above Carnegie Hall during a time when it was inhabited by the biggest names of the day. These included, among many others, people like Marlon Brando, whose hideout from frothing-at-the-mouth women trying to ogle him was Cunningham’s apartment on the floor below; and Judy Garland, who would practice for auditions and roles on the roof of the hall. Cunningham also recalls collaborations with formative figures, like Diana Vreeland, and institutions, like Chez Ninon, in the world of fashion.

The depth to which we learn about these collaborations are the very fact of their having happened to Cunningham, who is so humble about his own worth and unassuming in stature and physical presence (except for a huge smile and a gregarious laugh) that it seems he is constantly embarrassed by his own popularity. He certainly thinks little of himself as an icon, admitting that he does know quite a lot about the fashion industry, having surrounded himself with its most important figures at the point when the industry was at its peak, but refusing to concede that he was at all talented with a camera, as he became something of an amateur photographer with a weekly spread in the New York Times.

The other mechanism utilized by Bozek is a running narration, provided by actress Sarah Jessica Parker, whose dutiful and informative voice fills in the gaps of this biography with almost no personality or vigor. This tool essentially and fatally limits anything that might resemble ambition on the movie’s part. Parker’s interludes, though important in that they tell us about some of Cunningham’s early life and a handful of anecdotes that we don’t receive in the central interview, are cursory and superficial. Nothing challenges or enlightens our perception of Cunningham until the final 10 minutes, which is where Bozek touches upon his subject’s achievement of elevating underrepresented voices.

At this point there’s a telling moment in the original interview: the usually lighthearted Cunningham breaks down when Bozek, seemingly unaware that he might have crossed a line, asks what breaks the man’s heart most in his work. The answer, of course, is the AIDS crisis that ravaged the industries of those underrepresented voices – most definitely fashion, where many queer icons developed and executed ideas that would shape the future. Just as The Times of Bill Cunningham is about to end, it becomes far more interesting. This is fitting, of course, because Cunningham would, perhaps, be embarrassed by the mere existence of a documentary being assembled in his honor.