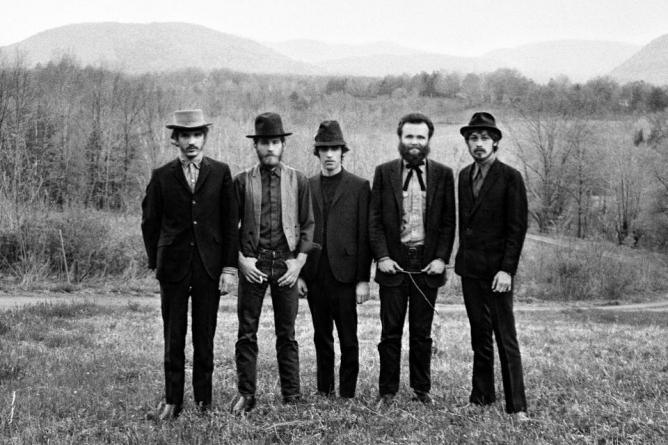 A straightforward but surprisingly affecting profile of one of the more formative acts of the counterculture generation.

Once Were Brothers: Robbie Robertson and the Band Joel Copling

The worthiness of Daniel Roher’s new documentary lies almost entirely in its soundtrack. That shouldn’t surprise anyone about Once Were Brothers: Robbie Robertson and the Band, a straightforward but surprisingly affecting profile of one of the more formative acts of the counterculture generation. The songs of The Band are the thrumming backdrop of the rare archival footage, the talking-head interviews and the montages of photographs that make up the film, and at times the music overtakes even the sometimes startling details of the group’s rise and fall.

Even so, those details may come as a surprise to those unaware of The Band’s history, from their humble beginnings as backup for rockabilly musician Ronnie Hawkins to their divisive continuance under the umbrella of Bob Dylan, who broke from acoustic folk purism to go electric with the group. The film begins with a seeming avalanche of beloved figures; musicians like Eric Clapton and George Harrison, producer David Geffen and director Martin Scorsese, who made The Band’s farewell showcase The Last Waltz. These high-profile endorsements help ground the history for newcomers and offer a nostalgia trip for old fans, inspiring both camps to dig out their old records (or tune in to streaming services). Songs are woven potently through the stories of their creation, the group’s rise to prominence and the slow dissolution that led to the departure of guitarist and vocalist Robbie Robertson, who’s the film’s central focus.

Robertson, now one of only two living members of The Band, is a generous subject for Roher, opening up about the most harrowing stretches of the group’s run including events that would tear them apart in 1977. The group’s story becomes his story, as the film throws us into Robertson’s childhood, fraught with abuse at home. Music, as one might anticipate, was his liberation from a world of drudgery and neglect. Meeting Ronnie Hawkins and Levon Helm, the drummer who would eventually fill that post in The Band, provided a more literal escape.

Robertson went on to meet bandmates Rick Danko, Richard Manuel and Garth Hudson, and provide support to Hawkins onstage and in the studio, but their real break came when they met Bob Dylan and their collaboration would prove controversial to folk purists aghast at the electricity that The Band brought to Dylan’s music. Unfortunately, just as the group broke off on their own, drugs entered the picture, and a series of major incidents, including nearly fatal auto accidents, followed.

Roher obviously wants to steer clear of any major controversies in which The Band were embroiled during their active years. So some of the more interesting topics surrounding the group–like a 1983 reunion without Robertson that lasted until Danko’s death in 1999–are glossed over in favor of a broad appreciation for their place in rock history. The film’s final act reckons with the impact and aftermath of Scorsese’s The Last Waltz. Does this mean that Once Were Brothers: Robbie Robertson and the Band doesn’t stand on its own? Perhaps. But those songs are something else.