Alfonso Cuarón’s latest triumph Roma is at once personal and sociological, individual and universal, intimate and sweeping. These polar forces don’t act in opposition; they interlock with magnetic inevitability and make a good film great. When executed with technical acuity and visual lyricism, the result is jaw-dropping. A humble tale firmly rooted in the particulars of a single life thus soars into the sky, where jetliners frequently glide overhead.

Roma arrives as the newest entry in a whiplash filmography, one that includes a coming-of-age road movie (Y Tu Mamá También), the greatest Harry Potter installment (Prisoner of Azkaban), a harrowing post-apocalyptic thriller (Children of Men), and a spectacular outer-space survival adventure (Gravity). It’s a gentle and tender outlier among recent, popcorn-hawking siblings. Though all share the same brilliant father, Cuarón’s youngest offspring is by far his best. By the transitive property, this means Roma should be one of the finest movies of the last decade. And so it is.

Cuarón, who zigs and zags between white-knuckled entertainment and high-minded artistry, regularly in a single picture, has achieved something like a Spielbergian synthesis with Roma. Schindler’s List immediately comes to mind, though one would never equate the Holocaust, as a topic, with this story of an indefatigable nanny. And yet the two films share cinematic DNA. Both are, for instance, deeply important to their respective filmmakers and shot in gorgeous black-and-white, not for mere artistic pretense but to recall the past, to imperfectly recreate history in one case, and childhood memory in the other.

Largely autobiographical though fictionalized for narrative purposes, Roma is Cuarón’s loving tribute to the Mixtec servant who not only raised him, but kept his family afloat in a time of domestic crisis. Its title refers to the Mexico City neighborhood in which his upper-middle-class family lived (which, notably, spells “amor” when reversed). Rather than take the perspective of his own young avatar Paco (played by Carlos Peralta), Cuarón instead focuses on Cleo (the astonishing Yalitza Aparicio), who inhabits the role of his beloved nanny. 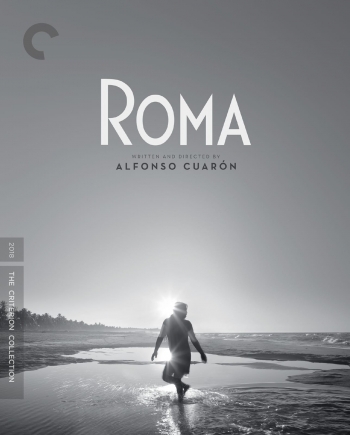 At the start of the film, the household at its center appears happy, or at least functional enough. Antonio (Fernando Grediaga), the patriarch, is a medical doctor whose work seemingly requires him to travel often. His wife Sofia (the excellent Marina de Tavira) holds down the fort with the aid of their paid help, Cleo and Adela (Nancy García), and her mother Teresa (Verónica García). The couple’s four children remain at first blissfully unaware of the real reasons dad is hardly ever around.

Roma is only marginally interested in Antonio’s secrets and lies. The family’s drama provides the context for Cleo’s struggles, an additional complication in her already complicated life, but also a welcome distraction. She’s the true subject of Roma, our heroine. This is her heartbreaking tale. Aparicio, a first-time actress who delivers a tremendous performance, navigates personal loss and professional obligation with quiet grace. Her selfless Cleo is a secular saint.

Cleo inhabits a world that goes beyond the walls of a Mexico City residence. The elements – earth and fire, air and water – frequently dominate humanity. Water, in particular, is a motif Cuarón introduces in a hypnotic opening sequence, which crests into a literal wave during the film’s magnificent climax. Roma is a modern masterpiece.