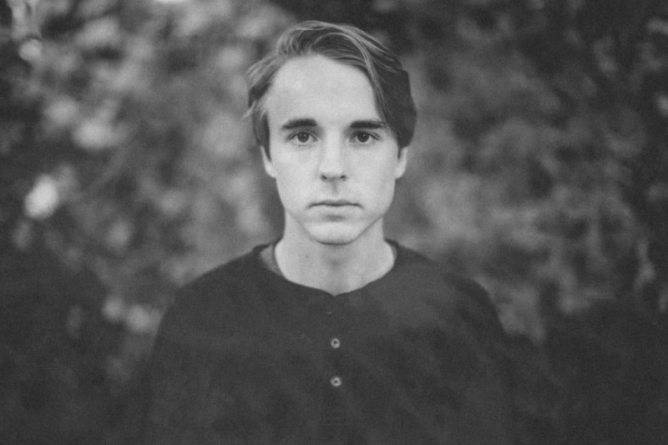 Five years ago, Andy Shauf played to a mostly rapt but underfilled Doug Fir Lounge crowd in Portland, just him and his guitar (and his long, flowing hair, of course). He was there to warm the crowd up for Low, and those who were receptive to his brand of storytelling fell quickly in love with the music he made. It’s not that shocking that word spread about Shauf’s talent in the intervening half-decade, thanks to 2016’s The Party and this year’s The Neon Skyline. Still, though, it was a strange feeling to find that not only had his most recent Portland show sold out ahead of time, but the venue was actually packed by the time opener Molly Sarlé finished her transcendent set.

Shauf and his five-piece band took their positions onstage flanked by neon bulbs and a haunting red neon circle, the meaning of which was never quite clear. While most performances where the band onstage sounds just like the record can be disappointing and unfulfilling, this was a best-case scenario: the first few seconds of “The Neon Skyline” were jarring, as the sound being made sounded really, truly, exactly like the album. Somehow, the marriage of Shauf’s band and the Revolution Hall sound system led to an experience that expertly replicated the sound and atmosphere of The Neon Skyline, which remains one of the most sonically inviting albums of the year. Everyone in his band is remarkably tight and manages to capture the album’s atmosphere swimmingly.

The Neon Skyline tells the story of a sad-sack protagonist who wanders down to his favorite bar for the evening, only to learn that his long-gone old flame, Judy, is back in town. Much like The Party (which, similarly, tells the story of a single night), it functions far better when heard front-to-back, and mercifully, Shauf and the band have elected to treat it with the care it needs. There were no detours into other songs and the sequencing remained intact, punctuated only by applause breaks and Shauf’s sparse, nervous stage banter. Judging by how he reacts to the crowd’s adoring shouts, the reception he’s been receiving is likely still somewhat alien, but he did well trying to go with the evening’s flow.

But the crowd at this show stank. Though the shouts were adoring, they were also disruptive and obnoxious, shouting over him and stripping the whole affair of some of its power and beauty. A few songs in, he asked the crowd if anyone had any questions, prompting a bombardment of needless shouting. Shauf was funny and awkward in return—in response to the question “Does Judy know about the album?” he laughed and said, “If Judy were real, she’d be fuckin’ pissed at me right now”—but largely he seemed like he was spending the time in between songs ready to get onto the next song.

After The Neon Skyline, Shauf and his band also played a substantial chunk of The Party, its far moodier predecessor. Unsurprisingly, the horns that populate The Party were absent, their spots filled in by keyboards. It was easy to hope that the shortness of The Neon Skyline would have allowed him to treat us to the whole of The Party, but the chunk we got—which included great songs like “Quite Like You,” “Twist Your Ankle” and “The Worst in You”—more than made up for the songs that didn’t get performed. He closed the evening alone onstage following an encore break to deliver “Hometown Hero” from The Bearer of Bad News and called it a night, perhaps a little worn down by the evening.