The Japanese can boast that they’re one of the few people never to suffer the indignity of colonization. The culture of this island nation has long been unique, a fascinating enigma for all foreigners who try to penetrate its core. Donald Richie (1924-2013) was an American writer who first experienced Japan during World War II. Entranced by the nation, he returned as a film critic in the early ‘50s and then remained there for the rest of his life.

In The Inland Sea, his much-loved 1971 travel book, Richie explores the Seto Inland Sea, a body of water locked by three of the country’s major islands. There, he explores its network of islands, home to a way of life being choked out by modernization. Richie waxes poetic about the sea’s natural beauty and the gentleness of the people while bemoaning its loss of identity. Japan may have never been colonized but the country eventually gave into cultural imperialism from the West. 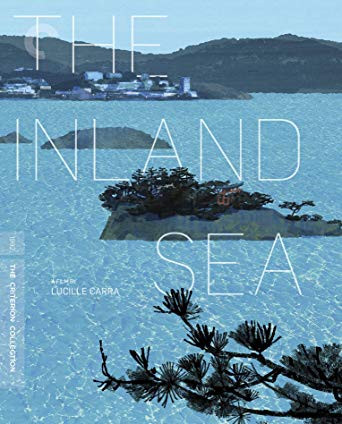 Twenty years later, director Lucille Carra created a documentary version of Richie’s book with the same name, tracing the writer’s footsteps. As her camera captures lonely islands, temples old and new, weaving around town squares and into coffee shops, Richie himself narrates from his book. In many ways, Carra’s clear-eyes vision of Japan replicates Richie’s writing, a poetic vision of a nation receding away from an age-old way of life.

This is not a Rick Steves travelogue presenting practical information about a trip to Japan nor is it a primer for neophytes looking to learn the basics before a sojourn. It doesn’t even contain a straightforward narrative, hopscotching instead from one of Richie’s fascinations to another. We meet a seaweed farmer, visit a temple that is being demolished and rebuilt rather than preserved since the costs are the same, check in on a woman who has been selling newspapers for nearly 50 years. Richie’s whims are our only guide.

In some ways, Richie’s cool distance from his subject matter can be alarming. He sometimes observes the Japanese as if they are not people but anthropological specimens from another world. He believes in, almost fetishizes, Japanese culture, bewailing the steady march of industrialization and tourism that is threatening to overtake the region. But can Richie be a foreigner enjoying the fruits of Japan while hoping others stay away? This conundrum pulls at the heart of The Inland Sea.

Richie is firmly entrenched in his position, even as Carra’s camera catches up to him 20 years after the publication of his book. He is living among the Japanese but knows he can never truly assimilate. There is no acknowledgement of the decades that have passed. It is unclear just how much Richie’s fears have come true in the intervening years. Someday soon, both Richie’s book and Carra’s film will seem as antiquated as the silent, hilltop temples they both seem to love so much: a relic of the past, a document of a place that the march of time has trod upon.