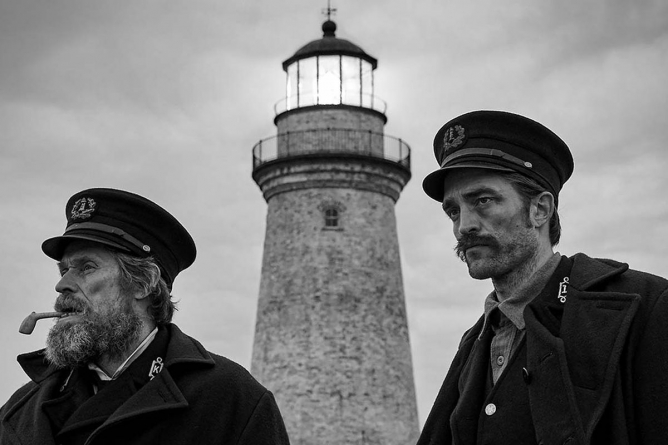 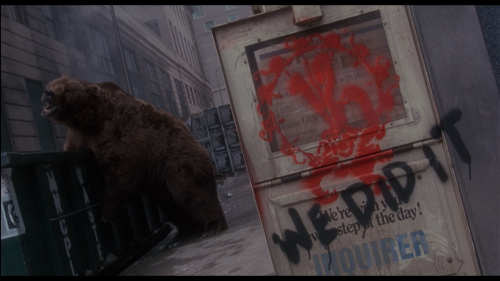 Terry Gilliam’s 12 Monkeys seems uncomfortably prescient when viewed in March 2020. When the time-traveling James Cole (Bruce Willis), who is forced by white-suited overlords into compulsory “volunteer” service, describes a panicked consumer culture facing the outbreak of a deadly virus, the first product he cites is toilet paper. The elaborate hazard suit he wears and industrial-strength scrub-downs he gets each time he reenters the underground research facility hit a little closer to home in a world of hand-sanitizer shortages and emphasized handwashing. This fictional virus, released by a bioterrorist, is more frighteningly airborne and kills five billion people worldwide, so at least we’ve got that going for us. At many turns, Gilliam channels a similar dystopian atmosphere to Brazil, but with Willis and Brad Pitt (as a mental patient turned animal rights revolutionary) in tow, the results upon its 1995 release were a bit more accessible to a wide audience. A timely watch for the relatively early stages of a pandemic, 12 Monkeys might not be quite as fun a few weeks from now. – Josh Goller 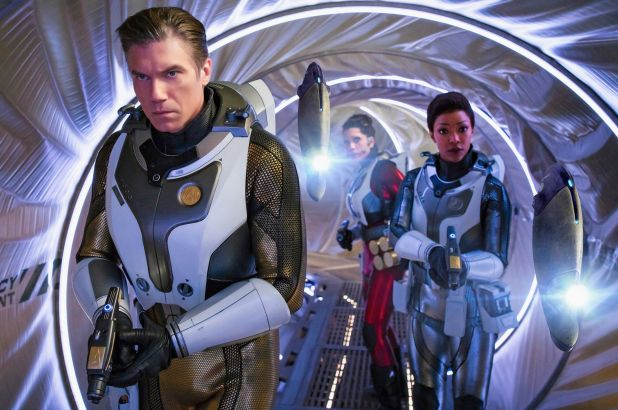 Once upon a time, I think during The Next Generation, Star Trek creator Gene Roddenberry outlawed conflict in Starfleet. Mercifully, Star Trek: Discovery ignores this ancient edict. Conflict has been its driving force, especially in its second season which explores the concept of family, the one you get and the one you get to choose. Lead character Michael Burnham (Sonequa Martin-Green who is fantastic in the role) is searching for Mr. Spock (Ethan Peck, this time around), her estranged, adopted brother who is wanted for murder by Starfleet. Spock is connected to seven mysterious symbols that are leading Discovery and her crew to needed plot points that will help them defeat a rogue AI that means to evolve and destroy the galaxy. In other words, it’s basic Trek.

What makes this show stand out among the endless nostalgia properties in states of reboot, reinvention and expansion of their sagas is how well Discovery accomplishes the dodgy proposition of fan service. The first season ended with a shot of the Enterprise, but the classic ship leaves the stage for most of the second season after delivering fan favorite character and predecessor to James T. Kirk, Captain Christopher Pike (Anson Mount in a layered, tragic turn as the character) to lead Discovery for 14 episodes. Like Picard, the season’s overarching plot has a strange Terminator vibe, but the characters are the real draw here. Doug Jones’ Commander Saru, Mary Wiseman’s Ensign Tilly, Michelle Yeoh’s nefarious Philippa Georgiou and Tig Notaro’s Jett Reno are worthy successors to any Trek crew. The drama gets high on occasion, but they are surpassed the chills and hope this show unabashedly delivers. – Don Kelly 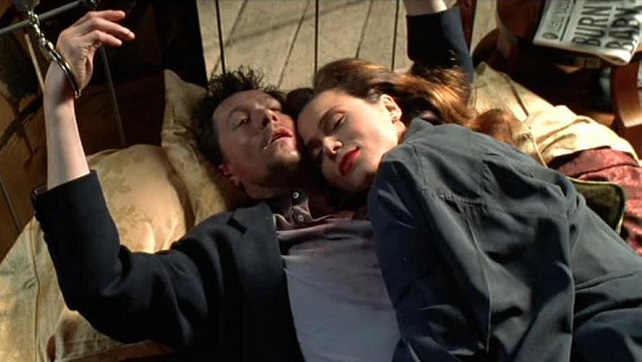 I want to say Romeo Is Bleeding gives us Gary Oldman in his prime–but then, when hasn’t he been in his prime? Oldman plays Jack Grimaldi, a crooked cop who’s in too deep with a criminal scheme to kill off state witnesses. With cheeky flash-forwards and dream sequences that later collide with reality, the movie is a fever dream of paranoia and violence. A moody sax score drips with noir atmospherics as Grimaldi careens around New York City in his scheme to cash-in on his side-hustle of informing for the mob. Driving the story forward is Grimaldi’s inability to temper his worst instincts, whether it’s letting himself be seduced by the evil Russian vixen an astonishing Lena Olin or telling off the evil mobster an oily Roy Scheider with shark eyes. Annabella Sciorra and Juliette Lewis play his angry wife and unhinged mistress, but it’s Oldman’s show as he screams, gasps, and generally freaks out from one blood-soaked blowout to another. – A.C. Koch 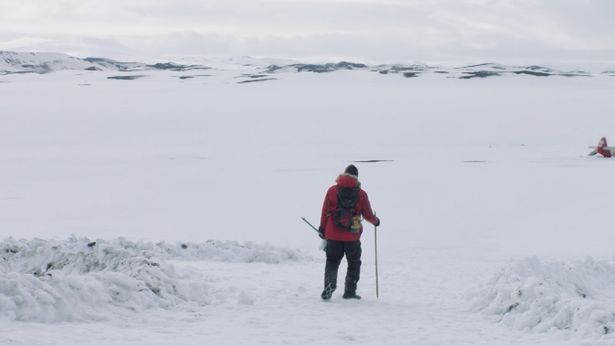 It doesn’t get more elemental than Man vs. Nature, and Arctic strips that conflict down to the barest of bones in this tight and effective adventure-thriller. Mads Mikkelson plays Overgård, a scruffy and weather-beaten survivor of a plane crash somewhere on the frozen tundra, and that’s basically all we find out about him. His character unfolds entirely through his actions–carving a giant SOS in the snow, checking his set up of ice-fishing lures, feeding himself raw trout that he slices out of the gutted fish and pokes into his mouth with the tip of a pocket knife. We gather that he’s been stranded for many days or weeks, but his occasional glances out at the snowy horizon hint that he’s thinking about trying his luck on foot. When a rescue attempt goes tragically wrong, he finds himself caring for a severely wounded woman who is as much of a blank slate as Overgård. Her presence forces his hand–to give her any chance at survival, he’ll have to get her to safety. With essentially no dialogue, we experience glimpses of the harrowing journey as if we were there with the suffering travelers. The long shots of wind-whipped tundra and lashing snow make you want to wrap yourself tightly in a blanket and turn up the heat. – A.C. Koch 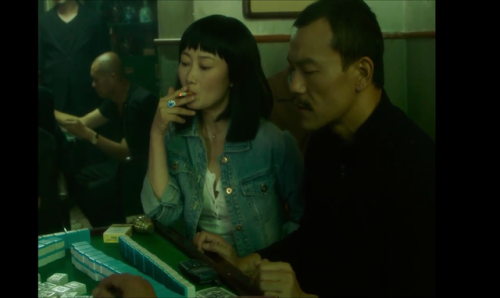 When Jia Zhangke is throwing his fastball, his films feel like the love child of Michelangelo Antonioni and Ken Loach. He adopts Loach’s conscience, centers his films on empathy-inducing nobodies from China’s backwaters and emphasizes themes of labor, greed and nostalgia. But he has Antonioni’s eye for the grandiose shot that captures a landscape perfectly as well as the Italian master’s sense for setting and obsession with alienation as the foundation of the human condition. Ash Is Purest White is the epitome of Zhangke at his finest: lovable losers for protagonists in the forgotten coal towns of China’s abandoned interior, with gasp-inducing cinematography of parts of China a viewer will glimpse nowhere else. – Ryne Clos 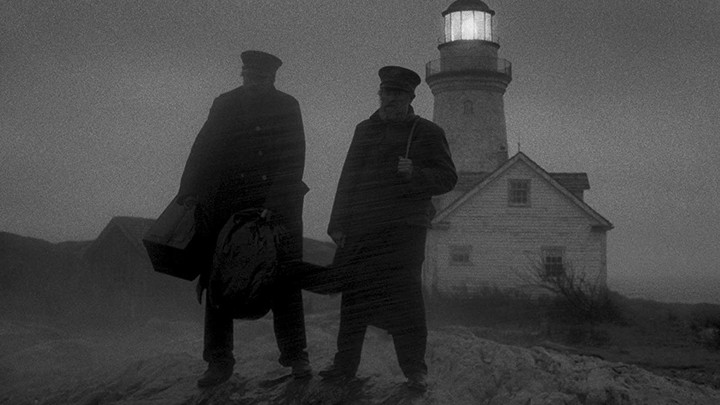 The Lighthouse [Rented on Blu-ray]

Two men stuck in a lighthouse on a deserted island in the late 19th century. Gale-force winds and pounding waves. What could go wrong? In Robert Eggers’ 2019 follow-up to his breakout film, The Witch, a hell of a lot. Robert Pattinson stars as young “wickie” who is plagued by visions of sirens, sea creatures and insidious seagulls. His only company is Thomas Wake, his drunken mentor who Willem Dafoe plays like a cross between Quint and Cap’n Crunch. Sounds like the perfect film for a world heading towards lock down.

Sadly, Eggers couldn’t maintain the same creepy vibe that made The Witch such a success. The Lighthouse is beautiful to look at, but it would have played better as a silent film. I started laughing about 15 minutes in and then couldn’t stop. One moment Pattinson and Dafoe are getting drunk. Then they’re singing. Then they’re dancing. Then they are fighting and then dancing and singing again. If this is where we are all headed with the coronavirus thing, we’re fucked. Just don’t kill any birds and you’ll be fine. And whatever you do, don’t look inside the light. – David Harris