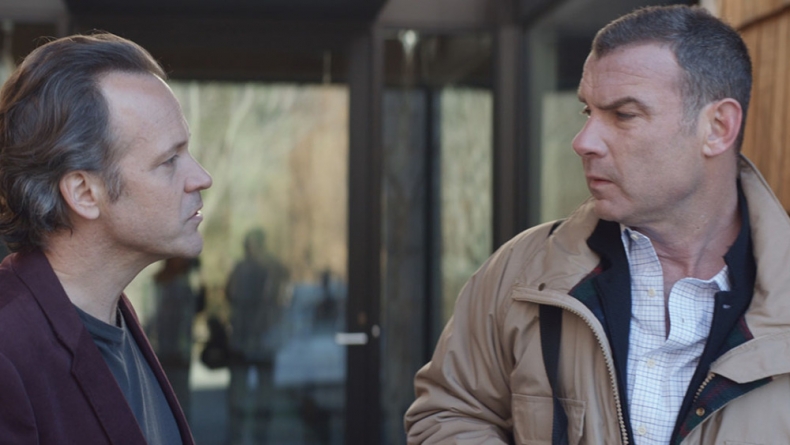 An oddly soft remake that doesn’t make much of an impact.

Director Marc Meyers made a light splash with his 2017 film My Friend Dahmer, a surprisingly humanizing take on Jeffrey Dahmer’s teen years. Hollywood works in funny ways, and the success of Dahmer has led to two of Meyers’ films being released within a few weeks of one another. One is the wonderfully weird horror comedy We Summon the Darkness, which will be out in early April. The other is Human Capital, a remake of Paolo Virzi’s 2013 film which itself was based off of a 2004 novel by Stephen Amidon. While the Italian film was so well-received that it served as Italy’s annual entry to the Academy Awards and won Best Actress at the Tribeca Film Festival, Meyers’ polished but oddly soft version doesn’t make much of an impact.

The boldness of My Friend Dahmer and oddness of We Summon the Darkness instill the hope that Meyers has something up his sleeve, perhaps unfairly. But as Human Capital jumps from family drama to family drama, it’s hard not to latch onto to any character’s plight. It’s well-acted throughout, particularly by Stranger Things-breakout Maya Hawke and the always reliable Marisa Tomei, but it all plays out like an extended episode of ‘Big Little Lies” without the camp or the soundtrack.

The film begins with a tragedy; a waiter (Dominic Colon) is killed by a jeep in a hit-and-run just as he rides his bike home after work. From there we jump back in time to real-estate agent Drew (Liev Schreiber), who is dropping his daughter Shannon (Hawke) off at her boyfriend Jamie (Fred Hechinger)’s house. Jamie seems a bit milquetoast, but his parents have potential, with mother Carrie (Tomei) spouting frost with every word and financier father Quint (Peter Sarsgaard) dripping douchiness with every wink and smile. We learn that Drew is in a tight spot financially, particularly as his family situation is about to change, which makes Quint seem like a good friend to have. However, Quint knows how to dangle a carrot, and Drew quickly finds the walls closing in around him.

It’s all compelling enough, but just as Drew starts to win us over a bit, Meyers zaps us over to Carrie, where we are taken through the same timeline but through her perspective. It’s a delight to watch Tomei in these scenes, but there’s a double sense of “seen it before” in that we’ve just covered most of this and it’s really time for actresses over 40 to get the opportunity to play something other than the angry wife. The perspective will shift again, of course, and once again it does so just as things are getting interesting. The next timeline, though, gives us the opportunity to appreciate Hawke and another excellent young actor, Hereditary’s Alex Wolff, who plays the unstable bad boy Ian.

Meyers and screenwriter Oren Moverman (an Oscar nominee for 2009’s The Messenger) wrap things up in relatively satisfying fashion, but that hoped-for twist or flourish never comes to fruition. The film does comment on the haves and the have-nots and does so in elegant and well-acted fashion, but with new films like Parasite and old films like The Ice Storm knocking similar themes out of the park so profoundly, a film like Human Capital needs to do more to stand out. Any time the film hints at doing so, it jumps away as if it is scared to handle the really meaty stuff. While disappointing, Meyers shows his obvious talent, as does his excellent cast. Next time, however, they should all take a few more risks.