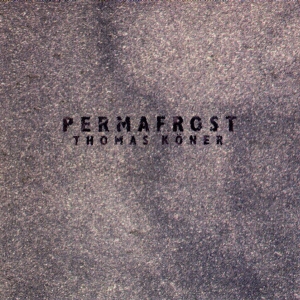 Moved to Portland. Couldn’t find a job. Moved back into my parents and I am quarantined with them for god knows how long. Not sure how easy it’ll be to get a job. Feel like a scrub—like flies are buzzing around me and stink lines are rising from me wherever I go. Unpresentable in front of my friends. Undesirable to potential lovers. Not going to be around either of those for a while as I sit at home and get older than my favorite artists were when they were out doing great things and getting paid for them. Been listening to Thomas Köner’s Permafrost a lot. Why? Because I can sleep to it, and sleep is like the shitty version of time travel. It’s an interesting hum, something to keep me entertained during unwelcome moments of wakefulness—and to someone caught between places, an Arctic fantasy that feels more real to me than anywhere I’ve ever lived. Once I emerge as a 27-year-old manchild and try to rejoin a house show scene that I’d like to kid myself won’t pass me by, maybe I’ll go back to his Porter Ricks albums. For now, wish me luck. – Daniel Bromfield

Arrival [For rent on Amazon and Apple Movies]

Arrival does an amazing job of taking a heady theme–language is the foundation of civilization–and turning it into both a touching human drama and a world-spanning apocalyptic scenario. Amy Adams plays Louise Banks, a dour professor of linguistics who gets the call from the US military to come up with a way to communicate with the alien mothership that just appeared in the sky over rural Montana and other sites around the globe. The aliens themselves prove to be astonishing creatures who lumber about in a fog chamber on the other side of a transparent barrier. The scenes of initial contact are just as jaw-dropping and tense as anything since Close Encounters of the Third Kind. As Louise goes about trying to establish some rudimentary exchanges with the aliens like an ESL teacher in a haz-mat suit, her sad disposition becomes its own mystery. Is she mourning a tragedy that already happened, or one that is yet to come? The cross-cut scenes of blissful life with her young daughter suggest that something terrible already went down, but the timeline starts to feel jumbled, until Louise blurts out the baffling line, “Who is that little girl?” It seems that the more she acquires of the aliens’ strange language with its swirling squid-ink calligraphies, the more her mind starts slipping through time to see the future. Based on a brilliant short story, “Story of Your Life,” by Ted Chiang, the film uses atmospheric cinematography, haptic sound design and mirror-gallery editing to achieve the same sense of dislocation that Chiang coded into his shifting verb tenses. By the end, Louise’s dilemma has clarified: “If you could see your whole life from start to finish, would you change things?” It’s a good question to ponder as we sit alone in our rooms with our streaming stories and memories and hopes for the future. – A.C. Koch 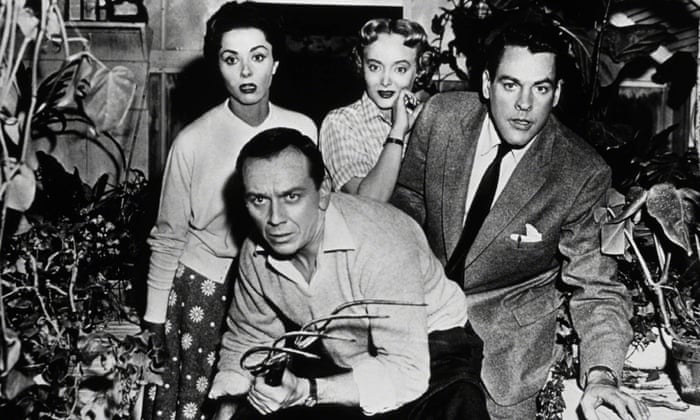 Invasion of the Body Snatchers (1956) [Streamed on Amazon Prime]

Invisible threats are often the most terrifying, as evidenced by the current health crisis gripping the world. While we can’t see the coronavirus, at least we know a few things about how to reduce risk of exposure to it. Not so when sinister lifeforms are pulling the strings and purposely deceiving people, as in Don Siegel’s 1956 classic Invasion of the Body Snatchers. Navigating the burgeoning threat of alien doppelgangers rapidly grown from giant seed pods, Dr. Miles Bennell (Kevin McCarthy) and Becky Driscoll (Dana Wynter) begin to realize that the entire human race is at risk of being replaced by these lookalikes. The terror in this film lies in not even being able to trust loved ones, as they may have been swapped out for a pod person simply by falling asleep. Though the film is an obvious allegory for Cold War anxieties and the era-specific hysteria over who might be a secret Commie, it’s not too difficult to imagine a not-too-distant future where we see each person we encounter as harboring an invisible threat. – Josh Goller 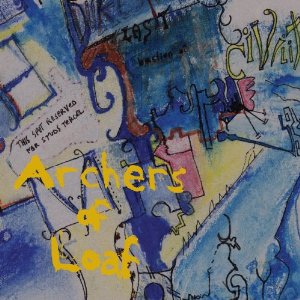 Truthfully, you should listen to all of Archers of Loaf’s albums, as they’re all great in different ways. However, their first album is still their best, and it scratches that ‘90s indie rock itch 27 years after its release. Eric Bachmann’s voice alternates between being sweet and gruff; he can switch from being heartfelt and honest (“Web in Front”) to furious (“Wrong”) at the drop of a dime. Most of all, Bachmann was banging out classics reflexively here. “Web in Front,” “Plumb Line,” “You and Me”: there really isn’t a bad song on this album. This time indoors is a nice opportunity to discover new bands or revisit some old favorites, and whether you’re a lapsed Archers fan or you’ve never heard them before, this is a great place to start. – Kevin Korber 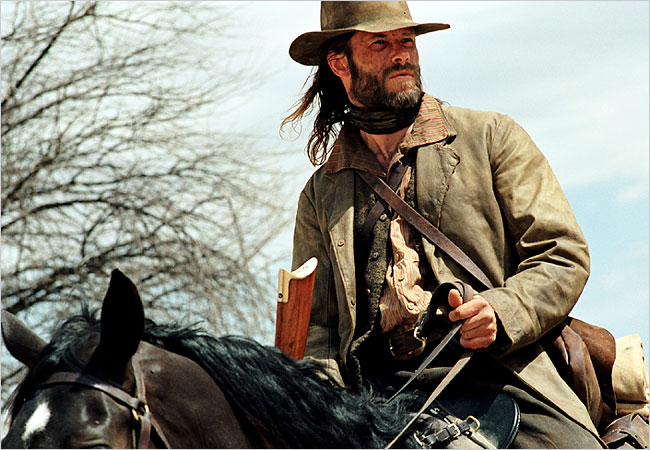 The Proposition [Streaming on Amazon Prime]

The poster for this 2005 Australian film (written by Nick Cave) served as the model for the video game posters for the Red Dead Redemption games. Anyone familiar with the games, then, will have a good idea what the film is about. It is a violent Western dominated by plots for revenge, the nature of justice and a love for open spaces peopled by hard men with six-guns. In a twist on the familiarity of the genre, The Proposition is set in the Outback, with undercurrents of racial prejudice and colonialism that are both unique to Australia while also not that far removed from Arizona. – Ryne Clos 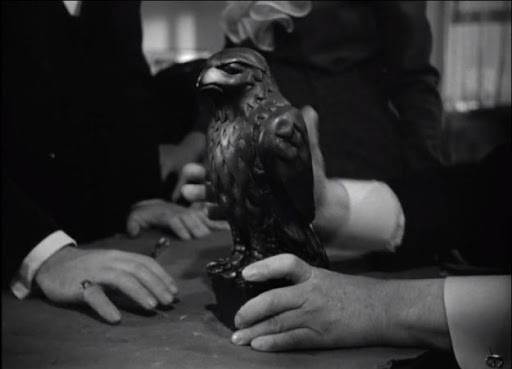 Back in my young adulthood when the culture was more centralized, old movie stars were celebrated with a reverence reserved for TCM these days. They seemed to be on an annual rotation, their best movies screened and televised, new biographies written, and huge VHS box sets displayed at Waldenbooks that cost more than a decent car does now. It felt important to know who these old stars were and to see their great works, but no one caught my imagination like Humphrey Bogart, and the movie that grabbed me was The Maltese Falcon.
What hooked me about Bogart’s Sam Spade was the similarity to Harrison Ford’s Indiana Jones, at least how the character was portrayed in Raiders of the Lost Ark. Beyond the great hats, they were relentless men smart enough to stay one step ahead of their enemies until they weren’t. They were heroes who lived by a code, doing the right thing even when it cost them. Watching Bogart now his performance reads more like a study of flawed masculinity, but the most interesting in the pool around him that includes Sydney Greenstreet as Kasper Gutman, Peter Lorre as Joel Cairo and Elijah Cook, Jr. as Wilmer Cook.

Directed by John Huston, the film is a story about obsession. The falcon is an object of legend, a golden, bejeweled statue meant as a gift for the King of Spain but lost to a pirate attack. Possessing it has seized the imaginations for centuries, including those of Gutman and Cairo, as well as Mary Astor’s Brigid O’Shaughnessy, who involves Spade in the deadly affair under false pretenses. Spade has to find the falcon and play all parties while trying to solve the murder of his partner. The film is a classic star vehicle from the days of the studio system. The camera is rarely off Bogart and the supporting cast are all memorable, especially Astor, in a layered performance that exemplifies the femme fatale. It remains as great today as when I first encountered it, and everything one could look for in a film noir. – Don Kelly 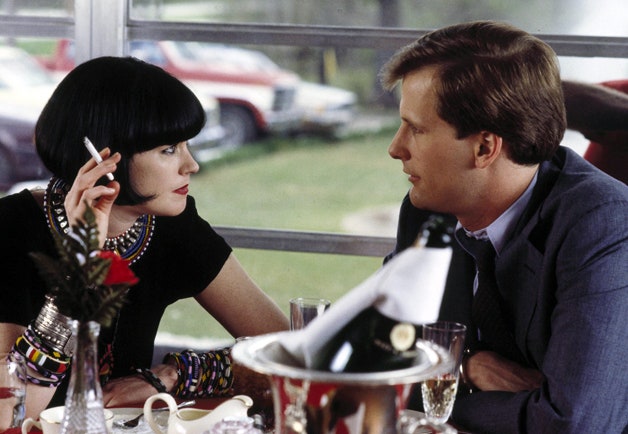 Here are two comedies from the late 1980s that seek, in some way, to poke and prod at the yuppie culture that had defined the decade. In the late Jonathan Demme’s Something Wild, Jeff Daniels plays Charlie Driggs, a banking executive whose wife has left him, and Melanie Griffith is Lulu, the mysterious brunette who “kidnaps” him and takes him for a drive that will offer a new perspective on the world he is missing. In Paul Brickman’s Risky Business, Tom Cruise made his breakthrough as Joel Goodson, the son of well-to-do parents in the Chicago village of Glencoe, and Rebecca De Mornay was Lana, the sex worker with a heart of gold, who first takes advantage of and then comes to understand the poor kid who just wanted a night to remember. In both films, then, there is the aloof protagonist and the puzzle of a ingenue, but neither of them is tempted to settle for the obvious clichés of the sex comedy. In Demme’s film, screenwriter E. Max Frye offers a lot of unanticipated pleasures in the form of a story built out of complete surprises, and Daniels and Griffith have a full, rich chemistry, even as their relationship is complicated by the insertion of her dangerous and violent ex-husband (played by Ray Liotta in a frightening but multifaceted portrait of pure psychopathy). In Brickman’s film, written by the director, Joel’s adventures turn very similarly to danger (Joe Pantoliano plays Lana’s pimp, who really doesn’t like that the kid is hogging his “property”), but there is a vibrancy, a vitality, and a surprising sex-positivity, particularly for the decade of the 1980s, that is constantly disarming. These two became instant favorites when I caught up to them this weekend, and they make for a perfect pairing tonally and thematically. – Joel Copling