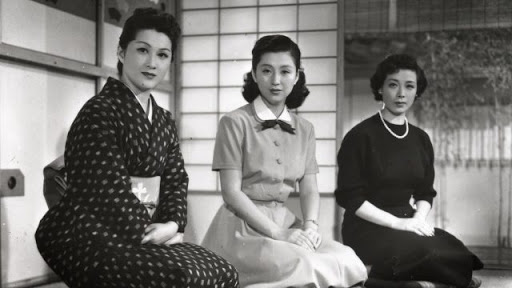 The Flavor of Green Tea over Rice tells the story of a marriage unraveling as Japan moves from its pre-war traditions and into a more modern existence.

From an aerial view, Japanese directing giant Yasujiro Ozu (1903-1963) lived to witness many key events in his country’s 20th century history: from the Great Kanto Earthquake to the Manchurian Invasion to Japan’s disastrous entry into World War II and the atomic bombs that ended the lives of many. For most of his life, Ozu witnessed death and destruction on an epic scale. Yet, the director mainly created family dramas about the ceding of Japan’s traditional past to a more Western and capitalist future, his best-loved works gentle, sly and sometimes heartbreakingly quiet.

The director’s golden period, generally regarded from 1949 to his death in the early ’60s, features cinematic giants ranging from Tokyo Story (1953) to Floating Weeds (1959), diminishing lesser, but still excellent, movies such as The Flavor of Green Tea over Rice (1952). Adapted from a script from the late ‘30s that Ozu scrapped after it ran afoul of military censors, The Flavor of Green Tea over Rice tells the story of a marriage unraveling as Japan moves from its pre-war traditions and into a more modern existence. 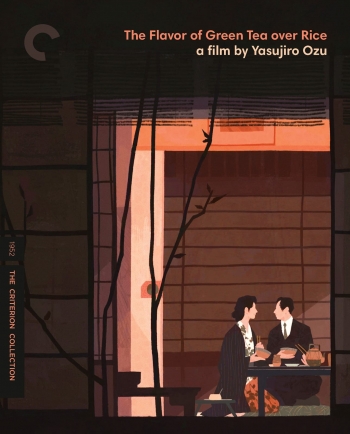 We first meet Taeko Satake (Michiyo Kogure), a middle-aged woman reared in Tokyo society, as she and some girlfriends escape to a hot springs together. She has lied to her husband, Mokichi (Shin Saburi), about her destination, telling him that she is spending time with a friend with appendicitis. While meeting with her friends, Taeko constantly runs her husband down, fed up with his working-class ways and his preference for simple pleasures.

Joining Taeko on the trip is her young niece, Setsuko (Keiko Tsushima). She has recently come of age and Taeko is setting up an arranged marriage. However, Setsuko has no desire for the antiquated institution, preferring to fall in love and marry of her own volition like other modern girls. She points out Taeko’s own displeasure with Mokichi, whom she met as an arranged union. These attitudes aren’t the only point of difference. While Setsuko dresses in modern clothing, Taeko insists on wearing kimonos, even when at home in her Western-style house.

Ozu is too sly a director to let so much discord weigh down his film. There is also plenty of humor in The Flavor of Green Tea over Rice and he mines much of it in the juxtaposition of Taeko and Mokichi. She goes to see kabuki theater while he watches bicycle races. She scolds him for pouring soup over rice while he reluctantly takes Setsuko out to play pachinko.

The film comes to a touching and humorous resolution when Taeko and Mokichi, desperate for a late-night snack, go into the kitchen to prepare some food. Since all their food is prepared exclusively by maids, Taeko is a fish out of water in the kitchen while Mokichi is equally awkward in a room dominated by women. Together, they put together the simple meal of green tea over rice, sharing it at an intimate table. Taeko apologizes for constantly judging Mokichi and Ozu leaves us in a hopeful place where the partners find a mutual understanding without compromising too much.

Yet, Ozu doesn’t end the film there. Setsuko has ducked out of Taeko’s plans for an arranged marriage and has begun seeing Noburu, a young friend of Mokichi. Even though they’ve gone to eat ramen together, it is unclear just how Setsuko feels about this new suitor. In a final scene where Noburu playfully pursues Setsuko down a Tokyo street, we can’t tell if she is running away from him and marriage or just playing hard to get. Maybe the simple flavors of life are better.