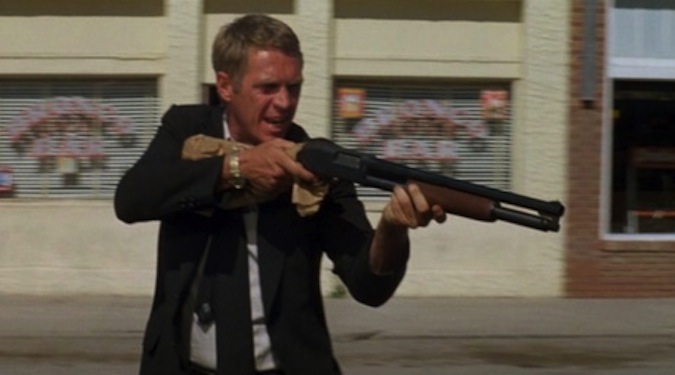 The Getaway [Streaming on Criterion Channel]

The Getaway is simply a good ‘70s loud-cars-loud-guns thriller. It stars Steve McQueen and was directed by Sam Peckinpah, so it features superb craftsmanship and male bravado thick enough to cut with a knife. As the title would suggest, the film is primarily concerned with a chase and this chase is complex enough to sustain a two-hour runtime, with four different sets of people doing the chasing and/or the running, a series of double crosses and fake double crosses and an array of different vehicles. It scatters its characters all across Texas and created images that subsequent films such as No County for Old Men have recycled for their own purposes. – Ryne Clos 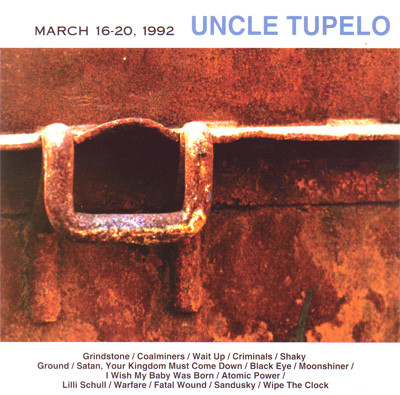 I’ve always associated folk and alt-country with the early mornings; something about delicate acoustic guitars playing as the sun comes up feels good and right to me. Maybe it’s the result of years of listening to WFUV’s City Folk morning program on the way to high school and during my college days opening a Blockbuster Video in Queens, but whatever the reason, even the saddest folk song is comforting to me first thing in the morning. Nowadays, given that my commute consists of going from the bed to the living room because New York City and the rest of the world is falling apart, those small comforts mean more to me than ever. March 16-20, 1992 arguably isn’t Uncle Tupelo’s best album, but it somehow feels warm and inviting while also prescient. This is where the country-punks abandon punk; Jay Farrar and Jeff Tweedy are essentially playing folk songs and writing in the tradition of Woody Guthrie and Pete Seeger. The pair’s personalities shine through: Tweedy is a romantic and wounded, while Farrar sings about working-class stiffs and drinking. At points beautiful and rousing, I can get lost in some of its songs (“Black Eye” remains a favorite), while others keep me grounded in what’s currently happening (I’d be lying if I said that Farrar’s denunciation of capitalism in “Coalminers” didn’t ring especially true for me now). All in all, though, I just appreciate the feeling of normalcy the album gives me as I prepare for whatever crazy shit happens next each day. – Kevin Korber 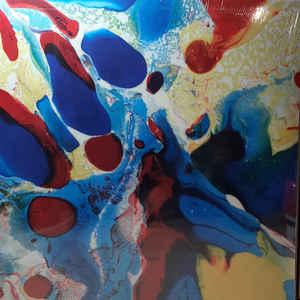 I work a lot from home already, but the transition into working full time from my apartment—which I share with my fiancee and our cat—hasn’t been without its benefits. For one thing, I love that music can play a dominant role in the environment, instead of being limited to headphones. The out-loudness offers a collective experience that I find energizing—it makes the world seem less asleep.

Since the beginning of the year, I’ve found myself drawn more than ever to ambient music. I don’t know a ton about the genre (beyond the fact that Brian Eno’s Ambient 1: Music for Airports helps quiet my speed-racing thoughts), but it represents what I imagine to be the sound of the future. Glassy and resonant, ambient opens up like the modern art chateau where we will one day live in meticulously negotiated harmony. All the better to listen out loud, to inhabit a space both gloriously social and immaculately designed—to stay at home and travel elsewhere.

Among the ambient albums I’ve explored so far, I’ve spent the most time with Loke Rahbek and Frederik Valentin’s excellent Elephant, out this year on Posh Isolation. Rahbek and Valentin’s second LP together, it’s a journey across a universe of space blanket textures and lost transmissions that manages to feel irreducibly human. The click of fingers on some machine (“Touch and Vision”), a distorted voice fed through static in reverse (“Call Me By My True Names”) and the calls of children playing (“The Heart of Things”) weave their way through yearning synth-and-piano melodies that open out like Daniel Lopatin at his most meditative. There’s something hauntingly distant about these sounds, but it would be wrong to call them lonely. Instead, they make for ghostly company of the best sort, courteous and entrancing.

I’ve invited them along for the ride, and why not? What better moment than this one to explore ectoplasmic connections and other eccentric, indoors-friendly modes of being? – Jeff Heinzl 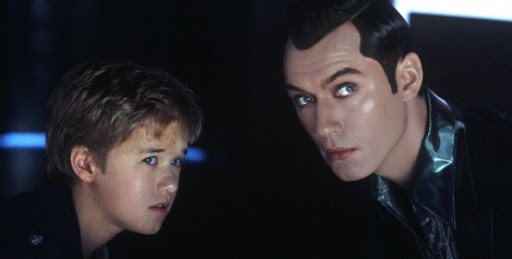 In 2001 and 2002, Steven Spielberg crafted two major sci-fi epics based on prominent short stories by renowned authors. Both rank near the top of the great filmmaker’s oeuvre. In A.I. Artificial Intelligence, adapted from Brian Aldiss’s “Supertoys Last All Summer Long” by the director, Haley Joel Osment starred as David, an advance robot created to love with the intensity of a real child. He is put into the care of parents (played by Sam Robards and Frances O’Connor) whose own child is in a coma, until the arrangement becomes disadvantageous, at which point he embarks on a Pinocchio-like journey with another advanced robot (Jude Law as Gigolo Joe, who operates as a miniature escort service) to become a human boy. In Minority Report, adapted from Philip K. Dick’s story of a similar name by screenwriters Scott Frank and Jon Cohen, Tom Cruise was John Anderton, Chief of PreCrime in a futuristic Washington, D.C., where murders are predicted by a trio of precognitive beings and prevented by the police force. When John himself is predicted to be the perpetrator of a crime, he goes on the run with Agatha (Samantha Morton), one of the precogs, to avoid the authorities (led by Colin Farrell’s DOJ agent Danny Witwer) and discover the answer to a puzzling mystery.

Curiously, though the films opened just barely a year apart, they are astronomically different – if not in visual scope (both create entire worlds of their vision of the future, brought to life with seamless details that recall Blade Runner, Metropolis, and Dark City), then in thematic reach. In the Aldiss adaptation, famously or infamously inherited from the late Stanley Kubrick, Spielberg fills the frames with some of his filmography’s most baffling concepts, such as David’s pragmatic and eerie supertoy Teddy (voice of Jack Angel) or a lengthy sequence set at a “Flesh Fair” where Brendan Gleeson holds court as a twisted sort of circus ringmaster. The film becomes something of a grim buddy-comedy road picture, featuring a transformative performance from Osment (who adopts the mannerisms of a robot while somehow managing to build on the character’s desire to be human). In the Dick adaptation, Spielberg stages some of his finest, funniest action sequences – from John’s initial, jetpack-driven escape attempt from his former colleagues at the department to a quarrel with Witwer’s men that leads to the clever use of a weapon that radiates pulses of energy and a tremendous punchline involving the manufacturing of a getaway vehicle (you’ll know it when you see it). It also taps into a lot of philosophical stuff about free will with the resolution of that central mystery, which proves itself genuinely brilliant within the annals of villainous murder plots. These are Spielberg sci-fi efforts cut from very different cloth, but if you want yourself in the thrall of a great conductor who knows exactly how to play you like a piano, they’re difficult to beat. – Joel Copling

There is something comforting about watching a Jean-Luc Godard film while in lock down. His movies exist in a sort of hyper-reality, with plots and references that collapse in on themselves. Our world may feel a bit off right now, making it the right place for Godard (but at his age he needs to stay the fuck inside). Contempt, his 1963 masterpiece starring Brigitte Bardot that influenced a slew of filmmakers from Tarantino to Scorsese, feels like the perfect watch for the times we’re living in for two reasons:

a) In its claustrophobic middle section, Godard films a marital fight between Paul (Michel Piccoli) a playwright turned shill screenwriter for the movies and his trophy wife, Camille. (Bardot). For nearly 30 minutes, Godard’s camera never leaves the tight Italian apartment as the couple quarrel. As the fight progresses, we see the couple taking part in the quotidian actions that occur in the life of marrieds: drinking a Coke, setting the table, taking a bath, using the toilet. It’s unsparing, well-acted and especially ripe for those of us shut-in with others.

b) In the film’s final section, Paul and Camille to travel to Capri to stay at the villa of obnoxious producer Jeremiah Prokosch (Jack Palance). The Bay of Naples looks absolutely stunning, all turquoise and inviting, the rocky cliffs surrounding the water dramatic. Wouldn’t it be nice to be there?

Contempt is a film for movie lovers. Along with Truffaut’s Day for Night, Contempt rests at the top of movies about making movies. It is also a film for language lovers. Paul and Camille only speak French. Jeremiah only speaks English. His Italian assistant translates. Joining the mix is Fritz Lang (playing himself) who can speak every language. Contempt may not be an easy film to watch but it is essential Godard. – David Harris