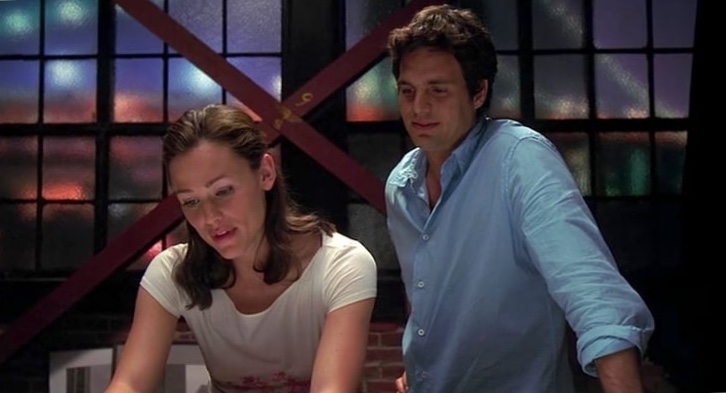 Hopefully, by the time the film itself is “30, flirty, and thriving!” it will get the respect it deserves.

Some comedies are warmly received upon release with the caveat they are “lightweight,” that they serve as a momentary distraction or a brief escapist indulgence. 13 Going on 30 was certainly thought of this way when it hit theaters in 2004. Originally conceived as a Gwyneth Paltrow-led, feminized version of Big, 13 Going on 30 was eventually released starring Hollywood it-girl Jennifer Garner. It went on to make a nice amount of money and was generally forgotten outside of its epic “Thriller” dance number and “30, flirty, and thriving!” tagline.

But something has happened to 13 going on 30 in the 16 years since its release: it’s gone from good to great. This greatness was already mixed in, it just needed some time to rise to the top. The film nails the millennial approach to aging. When Jenna (Christa B. Allen), barely a teenager, suddenly wakes up in a new 30-year-old body (Garner), one of the very first things she notices and rejoices over is that she’s friends with Madonna. She delights in how successful she’s become, how she chased fashion and fame and found them. Over the course of the film, however, she learns what every millennial learns; regardless of the amount of Instagram followers you have or whether you partied with an influencer last Friday, you still wake up and go to sleep as yourself. This is what Jenna reckons with over the course of the film; what happens when you don’t like the person you’ve become?

Garner is the perfect actress to relay these thoughts, as she’s almost preternaturally likeable. Yet her ability to slip back and forth between likability and anxiety is what has made her best roles really click, from her breakout role in “Alias” to her memorable role as the brittle adoptive mother in Juno. This is where 13 Going on 30 is closest to Big, even more than its time-jumping plot device. It’s the ease with which we like the lead actors of both films and are willing to follow them even when they act like fools. Garner and Big-star Tom Hanks also share similar underrated physical comedy abilities. Garner is known for her combat skills on “Alias” and Hanks is lauded for slimming down for hard roles, but neither gets the attention they deserve for so deftly performing slapstick with their bodies. When Garner, in a slip and a sleeping mask, wakes up as 30-year-old for the first time, her discovery of her own body is hysterical to watch.

One final element that 13 Going on 30 doesn’t get enough credit for: its insanely talented cast. You’ve got Garner, pre-Hulk Mark Ruffalo, Kathy Baker, Judy Greer, post-Gollum Andy Serkis and Lynn Collins. Speaking of Collins, what the hell happened to her? Her role in 13 Going on 30 came the same year as her breakout as Portia in The Merchant of Venice. Soon she was co-starring in the first season of “True Blood” and the female lead in a number of blockbusters. However, though she was the best thing about said X-Men Origins: Wolverine and John Carter, she’s barely been seen since!

Cast aside over 15 years later, 13 Going on 30 deserves another look. In these dark days, it’s an almost certain pick-me-up for the non-cynical viewer. And for those looking for something more thoughtful and cerebral, those elements are hiding within this film, too, you just have to look for them. Hopefully, by the time the film itself is “30, flirty, and thriving!” it will get the respect it deserves.