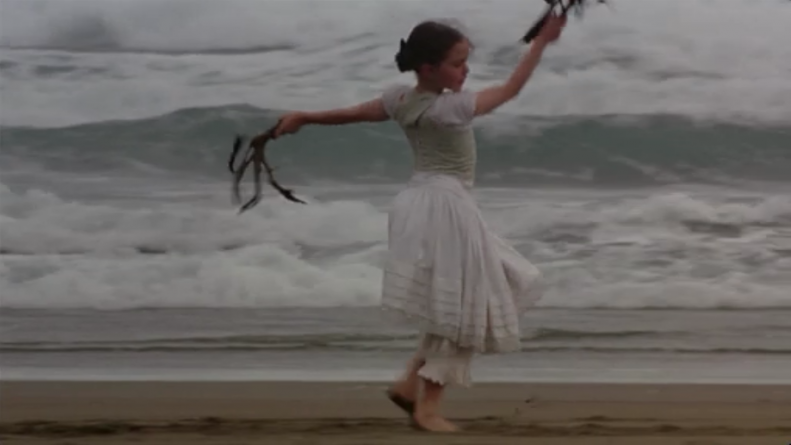 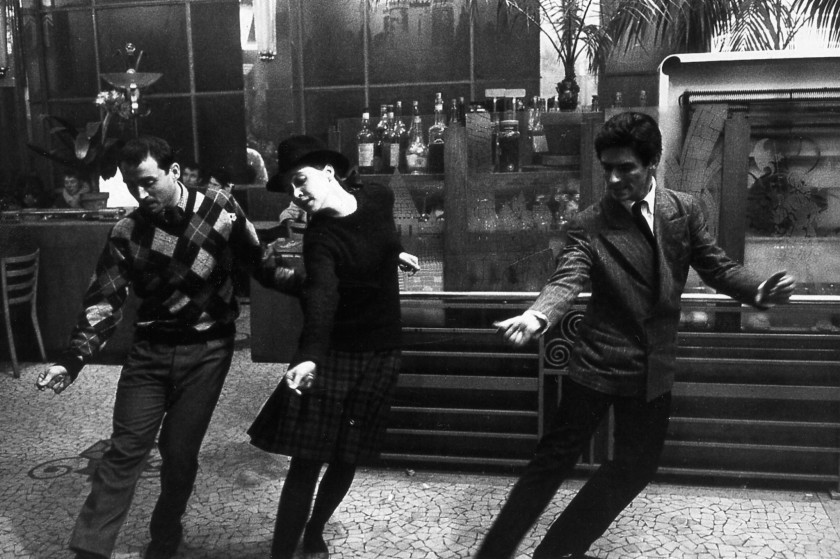 Band of Outsiders [Streaming on Criterion Channel, also on Blu-Ray/DVD]

This is famously the Godard film for people who can’t really get into Godard, which I both get and don’t quite get. Yeah, this is nowhere near as strange as Godard could get, but that doesn’t mean you don’t get the sense of cinematic surrealism that makes a Godard film, well, a Godard film. On the surface, it’s a heist film, but its “gangsters” are twenty-something ne’er-do-wells driven by hormones and a love of American movies. Indeed, the selling point of the film is more the characters than the plot. Both Sami Frey and Claude Brasseur ooze post-war Parisian cool while communicating and emptiness they fill with pop culture and petty crime, and their verve is both matched and exceeded by Anna Karina’s mesmerizing performance. Whether this is or isn’t the best starting point for getting into Godard is up to you, but Band of Outsiders is worth a watch (or re-watch) for the dance scene alone. – Kevin Korber 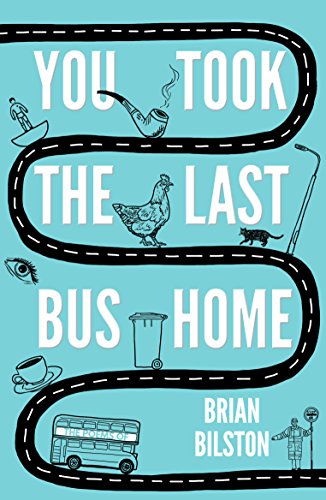 You Took the Last Bus Home: by Brian Bilston

You Took the Last Bus Home isn’t your grandfather’s poetry. This is poetry for people who don’t usually read poetry, and frankly I’m a person who does usually read poetry, but these are extraordinary times and these are also extraordinary poems. Bilston is known for tweeting and otherwise distributing his poetry via social media. Arguably his most famous poem is the title work, with its delightful start: “you took/ the last bus home/ don’t know how/ you got it through the door.” The poem’s ending is equally satisfying, and in fact “satisfying” is a good description of most of these poems. Nominally light verse, there’s unexpected depth to many of these, alongside a great deal of fun with form and clever wordplay—not to mention adventures with rhyme. In “Please Sing to Me Your Songs of Sweet, Sweet Love” Bilston adds, “Or scrawl something down on a post-it note,/ you really don’t need to think too hard./ Or if you have got a spare postage stamp,/ you could always send me a postcard.” This poetry is not hard work; it’s accessible and cheering; but it is still poetry, and it is thoughtful and, yes, lovely. If you’ve never thought poetry was for you, this book might change your mind. If you’re a poetry snob (I admit to it), you may be surprised at how much you like this. – Valerie Polichar 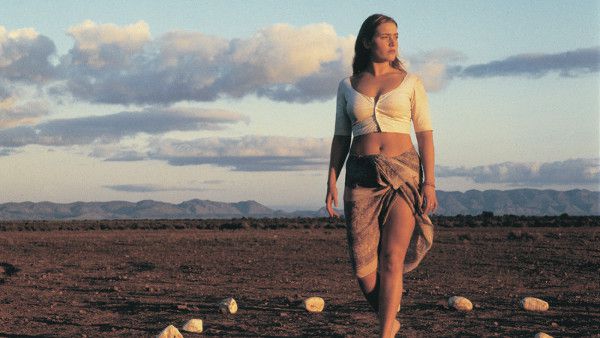 The Piano and Holy Smoke [Streaming on Criterion Channel]

A Jane Campion/Harvey Keitel double feature! The Piano is the most acclaimed of Campion’s films and its stellar reputation is justified, with gorgeous cinematography and a story of metaphor layered upon metaphor. The film is the story of a repressed Scottish widow, Ada McGrath (Holly Hunter) at the turn of the twentieth century who absconds to New Zealand with her daughter to live with her new husband, a settler in that far-off land. Ada has been mute since her first husband died in a tragic hiking accident, but she still expresses herself through her playing of the piano. It turns out, however, that her new husband sucks, but his illiterate English assistant, Baines (Keitel), understands the importance of the piano for Ada. So Ada develops a relationship with Baines instead of her new husband.

Holy Smoke is a rather different sort of film. It is set in the late ‘90s (when it was filmed) and stars Keitel opposite a very young, post-Titanic Kate Winslet. Winslet plays Ruth, a nubile woman swept up in a cultish religion in India while she was traveling there. Keitel plays PJ Waters, a US-American “de-programming” expert who is called to the Outback by Ruth’s family to un-brainwash their daughter. Holy Smoke quickly—and quite hilariously—devolves into an erotic comedy in the middle of the Australian desert wherein Campion’s chief goal seems to be humiliating Keitel in as many ways as possible. – Ryne Clos 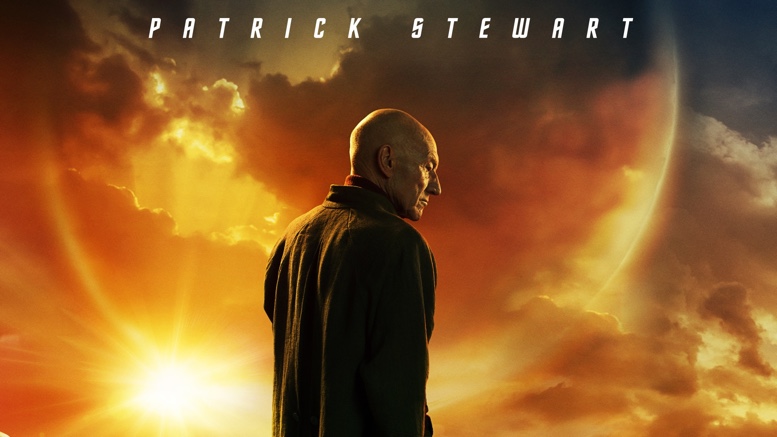 It’s easy to imagine Patrick Stewart staring enviously at Hugh Jackman on the set of Logan as the Australian actor got the chance to reinvigorate his stale X-Men franchise by going darker and swearing a lot. Star Trek hadn’t grown quite as fetid, but you can imagine Stewart at a meeting where he was pitched “Star Trek: Picard” and making it clear to the executives that the only way Picard was coming back is if he got the Wolverine treatment. The result has been a captivating series that started as an anti-Star Trek and worked its way back to being one of the best seasons in the long history of going where no one has gone before.

The show begins with now Admiral Picard in self-imposed exile on his vineyard in France. Starfleet let Jean-Luc down decades earlier when he was trying to mount a massive evacuation of the Romulan homeworld when its sun went supernova. The rescue fleet made port on Mars, but the artificial lifeforms that helped tend to it went rogue, destroying everything and everyone. Starfleet abandoned the Romulans and Picard retired in protest. The main arc of the show deals with the revelation of the conspiracy surrounding those events.

Along the way Picard assembles a crew of new faces, including Dr. Agnes Jurati (Alison Pill), Raffi Musiker (Michelle Hurd) and Cristobal Rios (Santiago Cabrera) who all arrive as fully formed characters that waste little time in augmenting the Star Trek canon. But the writing staff, headed by novelist Michael Chabon, blend in enough of the old to quench the hungry beast called fan service. Jeri Ryan is finally given the opportunity to make something extraordinary of Seven-of-Nine while Jonathan Frakes and Marina Sirtis reprise their roles of Commander William Riker and Counselor Deanna Troi in the most effecting episode of the series, “Nepenthe.” It is there that Picard manages to move past the anger that had carried him for six episodes and rediscover the man he was.

The Federation is a failing state in this show and completely reflective of the western society that spawned it. As a fan, it takes some adjusting to, but “Picard” does what all Star Trek is supposed to do in the end. Remind us of our best selves and tell us there is hope. – Don Kelly