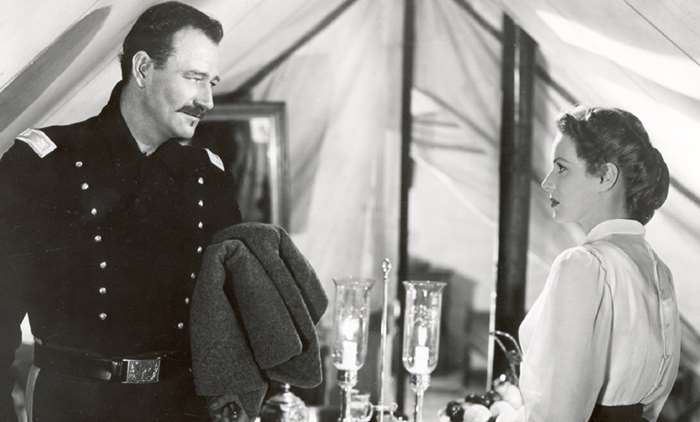 If you asked John Ford about it, he would make a mean face from behind his eye patch and deny that such a thing as his Cavalry Fort trilogy even existed. But many film scholars insist that Ford did, indeed, compose a thematic trilogy of films in the late ‘40s and early ‘50s about the trials and travails of the cavalrymen representing the US government in the various Indian wars that came with our implacable settlement ever westward. Rio Grande is the third and least heralded of the trilogy—which also includes Fort Apache and She Wore a Yellow Ribbon—but it features the first time that Ford joined John Wayne and Maureen O’Hara in a film together. In fact, Ford only made Rio Grande to finance the creation of The Quiet Man, which much more famously combined those two stars.

Rio Grande is John Wayne’s film through and through, in spite of the truly execrable mustache he wears, and it is a classic Hollywood Western. The cavalry, under Wayne’s command, is battling the irascible Apache—who are not treated as human in the film—as they try to open up Arizona for settlement. There are Civil War references, kidnapped children and some truly jaw-dropping horse- and wagon-based stunts, along with convenient marksmanship from the cavalrymen. It is not one of Ford’s classic can’t-miss efforts in the genre, but Rio Grande is a fun film and one that any lover of Westerns should happily stream during these strange days. – Ryne Clos 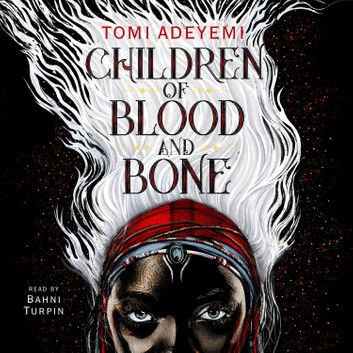 Audiobooks are an excellent medium for waiting out the apocalypse. Sometimes even moving your eyes can be too heavy a task with so much anxiety weighing you down. Children of Blood and Bone, the bestselling first novel in Tomi Adeyemi’s “Legacy of Orisha” trilogy is an excellent audiobook. Winner of the 2019 Audie Award for Audiobook of the year, Adeyemi’s vibrant, chaotic novel is brought to life by the always-excellent Bahni Turpin, who nimbly leaps between three different narrators.

The content of the novel itself is based on Nigerian mythology and is a rousing story, notable for its all-black cast and its Bechdel-test passing protagonists, Zélie and Amari. For this reader (listener), the mythology of the book was an eye-opener. We are so familiar with Greek gods, Arthurian legend and Biblical references, but I knew absolutely nothing about the book’s mythology. I actually thought Adeyemi had invented the gods and languages that serve as the foundation of {Children of Blood and Bone}’s foundation. Upon research, I learned that her novel is based in real mythology, and it is my own lack of education that had me so ignorant.

Adeyemi’s volatile heroines make for such a dynamic listen. Adeyemi, obviously a video game fan, has also structured Zélie and Amari’s quest like the best Zelda and Final Fantasy games, and the result is a plot that is easy to follow and filled with varied landscapes and consistent rewards.

The second book in Adeyemi’s trilogy, Children of Virtue and Vengeance, is already out and I cannot wait to listen. – Mike McClelland

I am at Target picking up my prescription and since I’m there anyway, a cartload of “essentials” because nearly everything feels essential on this day. They are out of celery, tortillas and soft pretzels. There’s an awkwardness in being in the same aisle as someone, we are all maneuvering our carts differently now. I’m just going to go in and get out, I say to myself. The opening bars of “Hard to Handle” come over the PA system, and it’s another moment where I’ve experienced this emotional context-conflict freeze response. I love this dumb song to an embarrassing degree, and I’m quite sure I’ve goofed off to it in Target a million times before, strumming my 5-year-old’s belly like a guitar and singing the lyrics straight into her face as she giggles in the seat of the cart. I hear it and I’m happy. But this is not a happy time. Is this an opportunity to “let the light in”? But in acknowledging I’m “letting the light in,” doesn’t that awareness itself mitigate the joy? I split the difference and lip sync the first few lines, and I’m not feelin’ any light. I’m just wondering how it is that so many shoppers have medical masks on. And whether that guy left the rice aisle yet. And if this is enough. And I guess I tuned out the rest of the song, at least this time around. – Stacey Pavlick 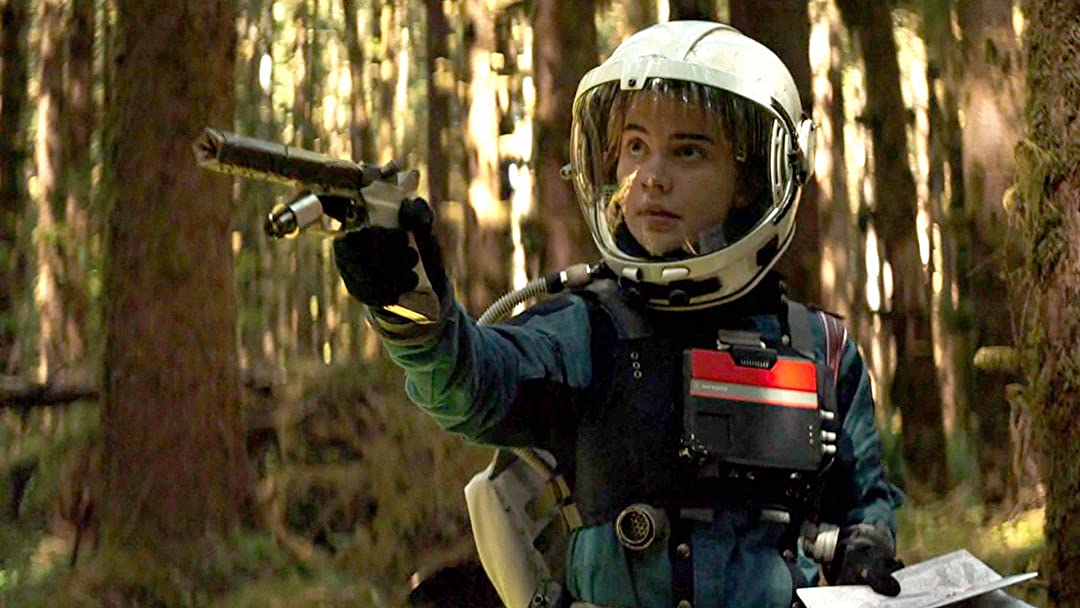 “The Mandalorian” was a blast of fresh energy in the lumbering machinery of the Star Wars universe, with Pedro Pascal as the ever-helmeted bounty hunter who seems dangerous but might be a good guy. If you dug that vibe but burned through the whole brilliant season on Disney+ already, then “Prospect” is for you. Pascal plays Ezra, a scavenging astronaut on a forest moon who encounters a teenaged girl named Cee (Sophie Thatcher) and her shifty father (Jay Duplass) as they scour the alien landscape for precious gems that will earn them a living. As quick on the draw as an Old West gunslinger, Ezra takes the father out of the picture but ends up falling hostage to Cee. She doesn’t know what she’s doing, but she knows she won’t make it on her own, and Ezra, with his quick wits and survival skills, is her best bet at getting off this moon.

Like “The Mandalorian”, the story has a frontier vibe that pits the mismatched pair against a backdrop of natural danger and lurking threats. Confined to their space suits and connected by a breathing tube, Cee and Ezra make their way through the forest to rendez-vous with a launch vehicle that could save them. Even though he almost never removes his visored helmet, Pascal digs into juicy dialogue that feels Shakespearean in affect. He’s Han Solo channeling Hamlet, and the decency of his spirit becomes apparent to Cee–if he really wanted to get rid of her, he could snatch her gun and save himself. But, like a bounty hunter taking pity on a lost child, he shows his true character by putting himself at risk to protect the innocent.

Aside from Pascal’s magnetic performance, “Prospect” benefits from brilliant production design. The spaceships look modded and lived-in, and the guns, helmets and tools all seem like well-worn artifacts you might find in an off-world Army surplus store. Characters they encounter along the way reveal hints of fascinating backstory, including strange languages, aboriginal customs, and sneaky tricks for outsmarting enemies. The world of “Prospect” feels much larger and richer than what’s on screen, which lends the story a heft that belies the film’s limited budget. Between this and “The Mandalorian,” Pedro Pascal has cornered the market on the menacing but noble rogue, and he does it all from the inside of a space helmet. – A.C. Koch 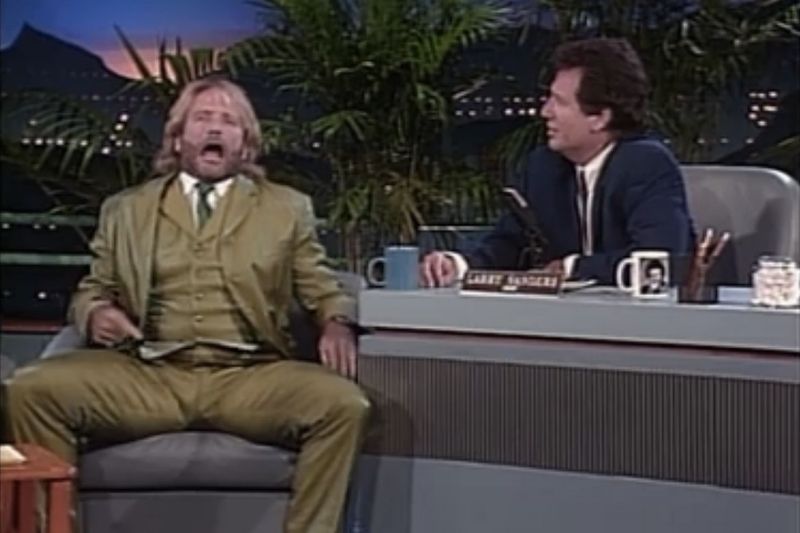 My phone is my time machine and I’m back in 1992. I work at a bookstore, smoke Camel Lights and study illustration at community college. Johnny Carson has retired, and the big media story is the war of late night talk show hosts filling the void. Leno, Letterman and Arsenio are the main combatants, but Chevy Chase, Dennis Miller and Joan Rivers step into the fray. Sadly for them the most entertaining talk show host isn’t real. “The Larry Sanders Show” combined the mockumentary and work place sitcom and was one of the early prestige series on HBO. Gary Shandling created it and played vain, fragile talk show host Larry Sanders. The show follows Larry from the comfort of stardom and several hit seasons to his eventual exit from the stage, satirizing Hollywood’s shallowness and rampant egos all the while. His main support through the years come from his cartoonish sidekick Hank Kingsley (Jeffrey Tambor) and overprotective producer Artie (the amazing Rip Torn). Though important at the time, the show’s warnings that we are amusing ourselves to death seem quaint now, seeing what the world has become. It can even inspire sadness knowing the fates of some of the stars that grace Larry’s couch. In one scene, Shandling and Robin Williams are bantering in a behind-the-scenes segment and it is heartbreaking to know that both will be the subject of posthumous documentaries. Still, time is a circle. In the premiere episode, the very first words out of Larry’s mouth are essentially a “Me, too” joke about Bill Clinton. It’s an election year, and the stupidity of the vice president is consistent fodder. He couldn’t spell potato. Can you imagine a world so quaint? Or is it potatoe? Shit. – Don Kelly 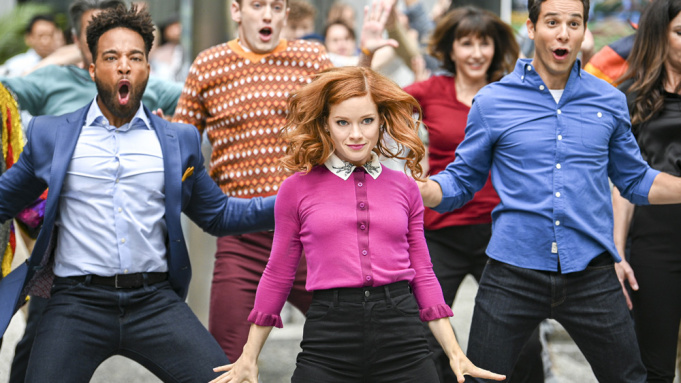 If I still believed in guilty pleasures, then I’d have to count “Zoey’s Extraordinary Playlist” as one. The show can give in to treacle and the vocal performances can be uneven, but it feels like just the thing for apocalyptic watching (and I deny having reached dad-in-pandemic limits of critical faculty). Jane Levy’s title character maintains a necessary relatability among a genuine insanity (necessary because the show could too easily fall prey to its central gimmick, that Zoey can hear other people’s thoughts and feelings expressed as musical numbers). The show, even while dealing with difficult subject matter, maintains a brightness both in tone and in its visuals that makes for refreshing end-of-the-day viewing.

The show reached a new pinnacle with this week’s'”Zoey’s Extraordinary Glitch,” where Zoey begins to express her own internal thoughts in actual, real-world performances. Zoey’s resistance to singing and dancing “I Saw Mommy Kissing Santa Claus” makes for a hilarious few minutes thanks to Levy’s physical and facial ridiculousness. It’s difficult humor made easy. The whole cast, though, charms (even when their characters very much don’t), and if not everyone can keep up with Skylar Astin’s vocals, it doesn’t really matter. It’s an hour of television that’s just smart enough, completely fun enough and surprisingly compelling. On second thought, there’s nothing guilty about this pleasure. – Justin Cober-Lake