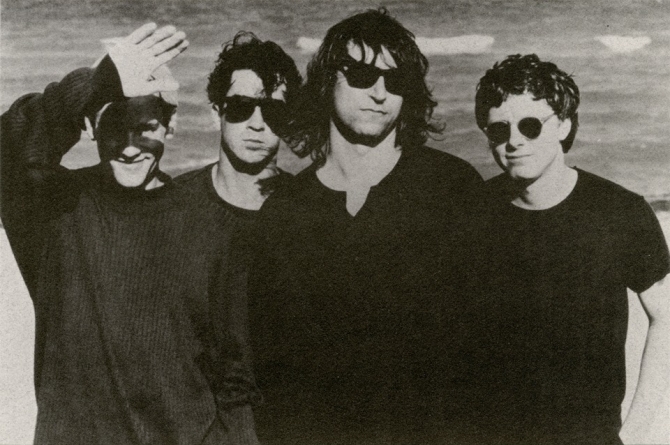 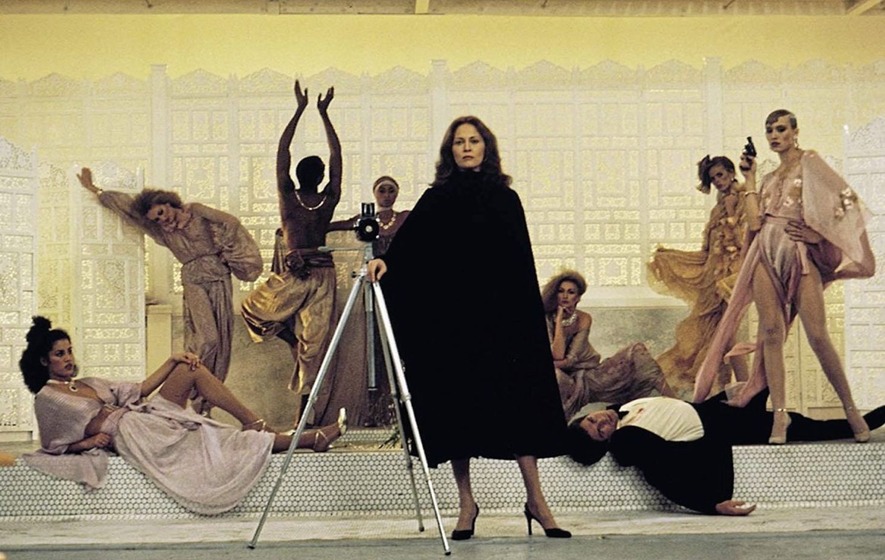 The Eyes of Laura Mars [Streaming on Criterion Channel]

This film—written by John Carpenter—is the epitome of the grungy ‘70s Hollywood ethos. It is set in a moody, disgustingly dirty Manhattan riven by crime, features an artsy female lead and takes viewers on a tour of police stations and “weird” NYC subcultures. There is nothing in this film to make it stand out as a particularly excellent piece of cinema, but for those—like me!—who just crave that particular ‘70s feeling on screen, it hits the sweet spot. There are grimy exteriors, ugly interiors and none of the glitz and sheen that characterize cities today. Like some many of its generational peers, The Eyes of Laura Mars is the last gasp of the analog world; in these digital times, there is some nostalgia hidden in there. – Ryne Clos 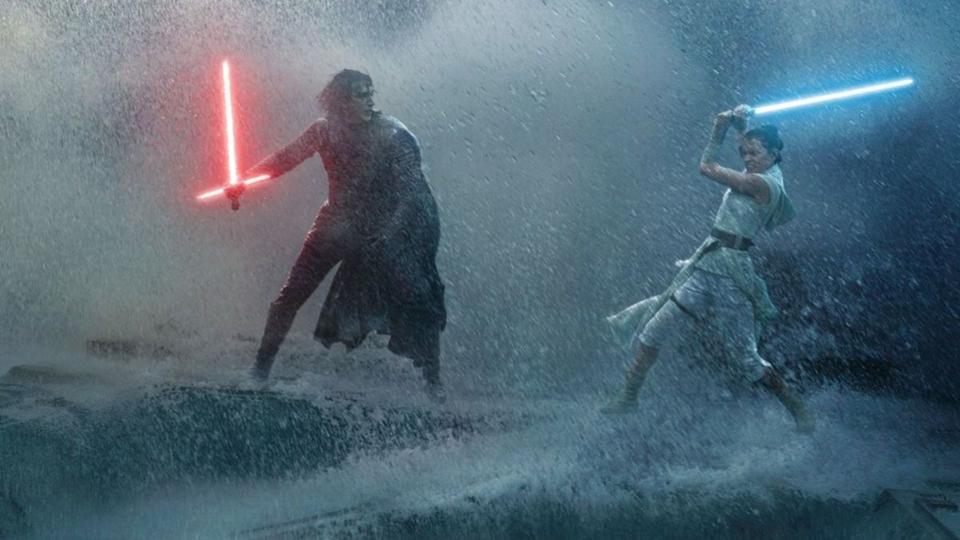 Star Wars: The Rise of Skywalker

I understand why people feel betrayed by The Rise of Skywalker. In fact, I’m surprised I didn’t feel more betrayed by it. What made The Last Jedi so great was that it confirmed a hero could come from anywhere, and for Rise to contradict that by falling back on “chosen one” tropes that exclude the rest of us was disappointing. And to see the Jedi back like they were never gone squares weirdly with a scene where stormtroopers harvest a town for infant recruits, tearing them from the arms of their screaming mothers—just like Jedi do. Maybe it helped that I already knew most of the twists, and it seems silly in retrospect to let a blockbuster space movie affirm your personal ideas on heroism. Maybe it also helped that it never really felt like I was watching a Star Wars movie. The original characters are mostly dead, so the focus is now on Rey and Finn and Poe and these characters that are perfectly likable but don’t occupy a mythological place in our hearts. So rather than wrapping up this epic saga, it could ferment in my mind as a space opera. And you know what? It’s a pretty fun one. I enjoyed it. It’s silly. I liked the horses galloping across the top of the spaceship, and I liked the Muppets and the ominous figures Palpatine conjures to “watch” the climactic battle and the shot of all the Star Destroyers hovering in the air, and I loved the objects falling through space from one place to another when Rey and Kylo do their erotic telepathy thing. The Marvel-style self-referential humor of the last two movies in the sequel trilogy was often distracting, but they get it right this time, and it seems at one with the movie rather than shoehorned in at a studio suit’s request. It’s too lightweight to bring this nine-movie saga to the crashing conclusion it needs, but I don’t really like how they concluded it anyway, so it balances out. – Daniel Bromfield 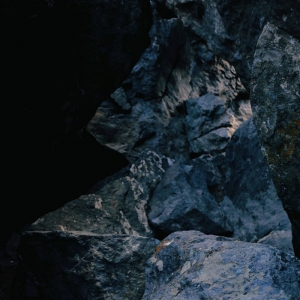 Last week (wasn’t that a month ago?) California ambient artist r beny came out with some music tuned to the current disaster, natural fiction. The album is laden with fog and lo-fi dreaminess — the Bandcamp featured track is titled “the romantic image of ruins,” and it’s not just any ruins; it’s ruins on a foggy night, slivers of moon breaking through the clouds occasionally, perhaps a mist of rain. The album opener, “alone in the pavilion” (which is how we’re all feeling right now, isn’t it?), offers muffled tones, tinkling pianos and warming vocal notes against creamy-soft white noise, creating a soothing whole. There’s a deep peace to the whole album, suffusing the soul of the listener with oxygen and longer breaths. Is the sun breaking through the fog? Yes. Yes it is. (Available digitally or on cassette at here) – Valerie Polichar 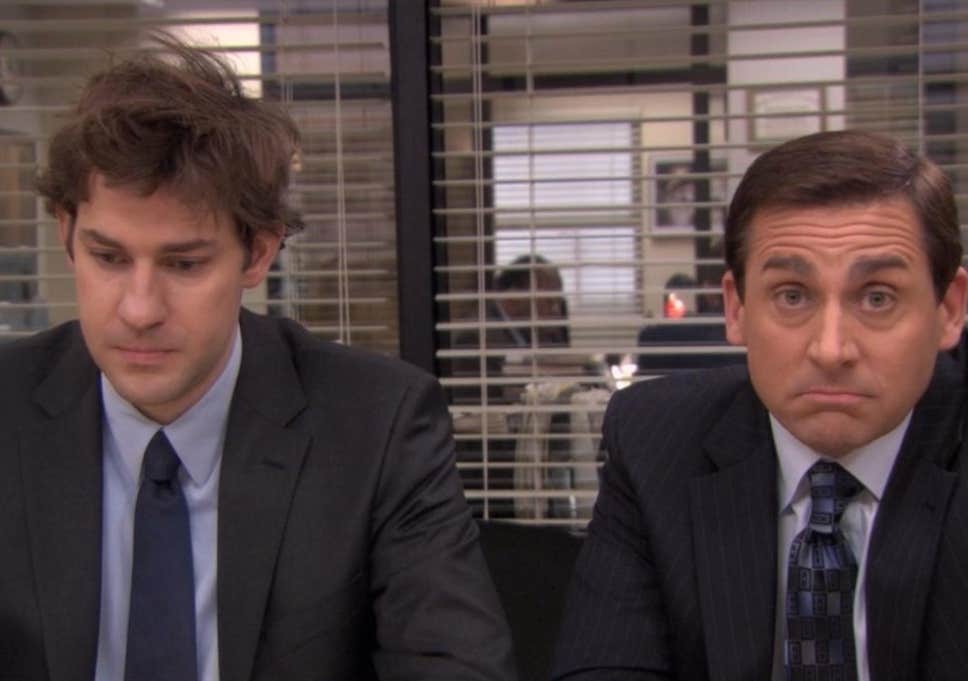 The Office (US TV series)

My family has responded to extra screen time by going through the entire run of the US version of “The Office.” For the kids, this first viewing has been a blast (an educational in ways we didn’t anticipate). I loved the show from the start, but hadn’t watched it in a while, so I’m discovering plenty that I’ve forgotten while realizing that my previous assessment would have been a little off. For example, I’d have said only seasons two and three were peak “Office,” but that level of show carries well into season four (we’re almost halfway through season five right now).

The main thing I’d forgotten, which binge-watching enhances, is how much Steve Carrell and the writers turn Michael into likable, rounded character. Season one presents him as a nightmare; he’s not a foil so much as the antagonist. That first season, whatever its intentions, works almost as anti-corporate argumentation. By season two, the rest of the characters develop more and Michael becomes a little more human. As the years spin by, Michael becomes more and more human. He still doesn’t get it much of the time, but we see a side of him that cares. The first time around, it took us a few years to get there, but watching the change over a few weeks is both more comfortable and more revelatory.

Of course, none of the craft of the show would matter much if it weren’t ridiculously funny, and it still is. “The Injury” might be the best 30 minutes any sitcom has produced, and episodes like “Fun Run” don’t disappoint. My sense is that the show starts to decline right around this point (about the time Holly leaves), but I’ll be curious to see if memory matches experience. And to see how my kids take to the big shift after Carrell leaves.

As far as quarantine-watching goes, “The Office” offers plenty of laughs as well as a study in craft. As an accompaniment, Jenna Fischer and Angela Kinsey have “The Office Ladies” podcast, with plenty of behind-the-scene stories. While I’m digging for new shows to watch, it’s nice to be able to return to an old favorite in a new context. – Justin Cober-Lake 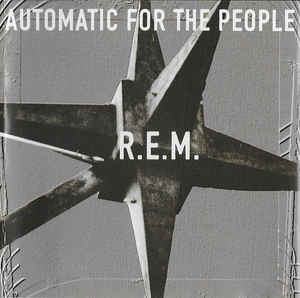 R.E.M. – Automatic for The People

Nostalgia can be a powerful driver in times of crisis; it’s natural to seek comfort in the things that granted you comfort or pleasure in times past. For me, that’s inevitably R.E.M. As such, I’ve been breezing through their discography in various formats, and though their music is ever-present in my life, it had been quite a long time since I gave their major-label masterpiece Automatic for the People a full listen. I have a ton of complex feelings tied to this album; some of them have dissipated over time as I’ve gotten older, while others linger in some form or another. Yet, in despairing times such as these, few things have been as comforting. It’s not just nostalgia, though; while the album is a somber one, its central message is one of hope. Yes, it can be corny as hell (I don’t think anyone’s favorite R.E.M. song is “Everybody Hurts”), but the band do such a great job at expressing the human condition and how feelings of sorrow, anger, and regret can all exist in one entity at the same time. Automatic isn’t a concept album, but it is a journey, and when the final chords of “Find the River” finish, one is reminded of the constant presence of hope. Things can get better, no matter how bad they may be right now. Sometimes, it’s good to be reminded of that. – Kevin Korber 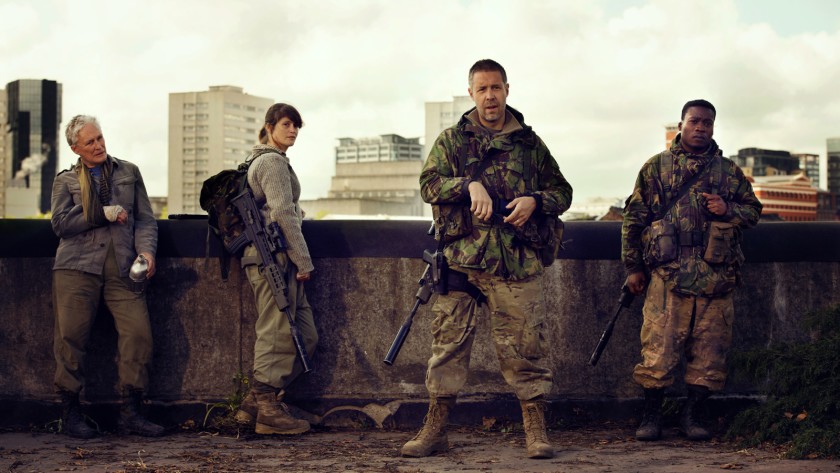 The Girl with All the Gifts [Netflix]

If I may offer two pieces of advice for getting a sound sleep during the pandemic, the first would be do not eat chocolate covered espresso beans late at night, and the second, do not start watching The Girl with All the Gifts twenty minutes before bed. Both might seem evident to most of you, but the some of us are slow learners.

The film is set during a zombie apocalypse caused by a spore-based pandemic. For those with esoteric points of reference, it’s like Romero’s Day of the Dead meets Jeff VandeerMeer’s Annihilation with just a dash of Chuck Wendig’s Wanderers for the mushroom blossoming corpses. The apocalypse has achieved a second generation where children have become human/”Hungries” hybrids and are subject to military experimentation. In a flip of the usual trope it’s the humans who want the brains because the scientists, led by Dr. Caroline Caldwell (Glenn Close), believe the secret to a cure lies in the gray matter of the children. Melanie Sennia Nanua is the girl of the title and her dissection gets interrupted by a zombie horde. She leads Caldwell, Helen Justineau (Gemma Arterton) her ersatz mother, and some soldiers through the end of their world and the beginning of hers.

Given the saturation of zombie films since the emergence of The Walking Dead, the lumbering metaphor stumbled past its peak, leaving nothing but derivative, shark jumping. This film defies that trend. It is both thought provoking and genuinely thrilling. Just don’t watch it when the world is so quiet that your cat using the litterbox can be mistaken for the creeping of the undead. – Don Kelly