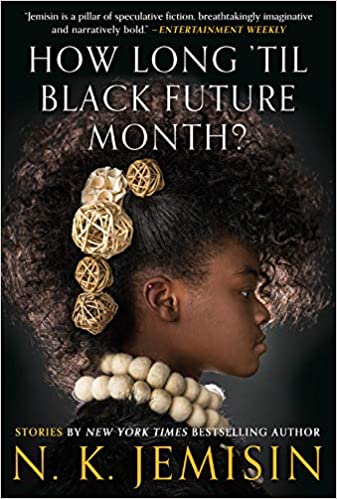 How Long ‘Til Black Future Month? by N.K. Jemison

This collection of fantastical short stories is an ideal companion for long afternoons and evenings when you need to escape into other worlds but are afraid to go outside because of all the plague and dystopia. Jemison brings a refreshing voice and perspective to these tales of magic, dragons, living cities, and hidden dimensions. Many of the stories feature characters from marginalized backgrounds and turn on themes of social justice, genre-hopping between historical fiction, urban magic, and post-apocalyptic dystopia. In “The Effluent Engine,” a mysterious young Haitian woman in 18th-century New Orleans upends the scientific patriarchy with a brilliant invention that could alter civilization, but her blooming romance with a rival scientist’s sister could blow her cover unless they can escape the city. In “L’Alchimista,”a mysterious traveler arrives at an inn to request dishes with unearthly ingredients. The woman who cooks them not only transforms her own life but also uncovers dimensions she never knew existed.

These are stories that could enchant and delight your grandmother, or hook a disaffected teenager. An author’s note reveals that some of these stories represent the seeds of full-length novels, or introduce characters and tropes which appear in her other works, so I’m effectively hooked. Like the best writers, Jemison creates worlds I don’t want to leave. If our broken world ever recovers, I might just want to stay inside and keep reading. – A.C. Koch

Some days are lousy; these days, most days are lousy. A good salve to cheer up a shitty day is watching Bruce Lee kick ass. Perhaps no film more showcases the sheer violence of Lee and his immense skills than Fist of Fury, which is set in Shanghai in the early years of World War II (before the US joined the battle). The master of Lee’s dojo has died—it turns out that he was poisoned—and a competing, Japanese-led dojo comes to humiliate Lee and his friends. The prideful Bruce Lee character will not tolerate such treatment and goes on a punch-and-kick-laced rampage through the streets of Shanghai, clobbering the belligerent Japanese and their White Russian strongman repeatedly. – Ryne Clos 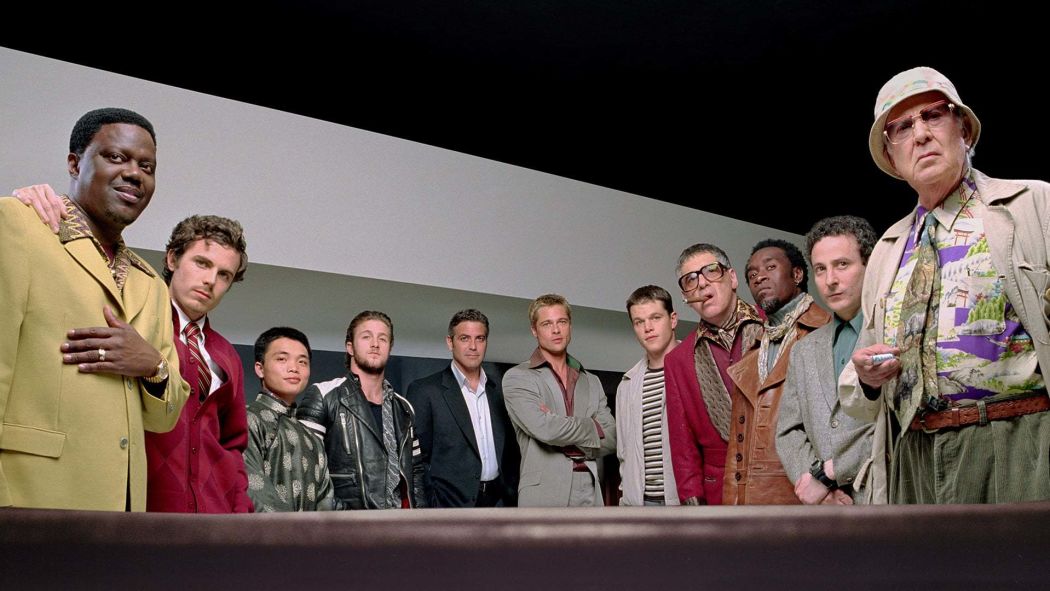 Reader, I present to you a challenge: Find for me one sequence, character, performance, or dialogue exchange that is out of place in Ted Griffin’s screenplay for Ocean’s Eleven, director Steven Soderbergh’s remake of the “Rat Pack” classic that ranks high among the best films of 2001. This is what I would like to call a rhetorical challenge, because I would argue that such a proposition is impossible to fulfill. The plot is simplicity personified (and better for it): Danny Ocean (George Clooney) has been released from the New Jersey prison system. Immediately, he sets up a plan to rob Terry Benedict (Andy Garcia), who oversees three casinos in Las Vegas, of $160 million and steal back his ex-wife Tess (Julia Roberts) in the process. For this, he assembles a team of ten others: his old partner-in-crime Rusty (Brad Pitt), benefactor Reuben (Elliott Gould), skilled pickpocket Linus (Matt Damon), blackjack dealer Frank (Bernie Mac), elderly confidence artist Saul (Carl Reiner), twin mechanics Virgil (Casey Affleck) and Turk (Scott Caan), a pair of equipment specialists (Don Cheadle and Eddie Jemison), and acrobat extraordinaire Yen (Shaobo Qin).

Soderbergh, ever the conductor of tremendous ensembles, casts everyone perfectly, allows no one to overshadow the others, and gets very good performances in particular from Pitt (who is having a ball), Garcia (who wisely plays Benedict, not as a snarling villain, but as an impatient businessman with big priorities), and Roberts (luminous as the one person able to clock almost every move of Danny’s team at the important points). The plot is labyrinthine but simple enough that it isn’t too much of a maze, despite the twists and misdirection, and the film is an aesthetic dream, with quixotic editing by Stephen Mirrione that makes its two hours fly by and vibrant cinematography from Soderbergh (as always, under the pseudonym of “Peter Andrews”) that brings Las Vegas and these casinos to life. Yes, this is basically a perfect movie, and for the icing on the cake, it never pretends to have any deeper level. Knowing exactly what it’s doing is a rare quality among debonair Hollywood entertainments. This has that quality in spades. – Joel Copling 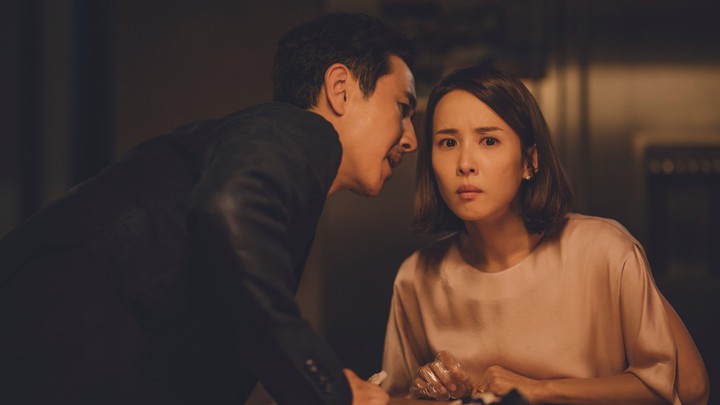 Remember when Bong Joon-ho’s Parasite shocked Hollywood and became the first non-English language film to win the Oscar for Best Picture? That was barely over two months ago, but time moves strangely these days. We’re in a much different world right now, and returning to Parasite in this climate hits a little closer to home. The South Korean film, and particularly its dark twist midway through, feels particularly prescient given how much of the world is now sheltering within homes. Of course, the film also serves as a biting satire on the more longstanding challenges of income inequality and class conflict, a satire that’s relatively light and playful through its first half before taking its gritty turn. Parasite warrants a watch (or re-watch) for its historic Oscar wins alone, but it’s also a rollicking good time when, like some of its characters, you might feel simultaneously protected by and desperate to escape the confines of the walls around you. – Josh Goller 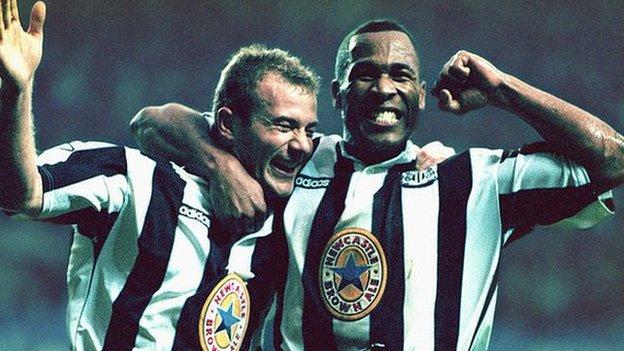 Premier League Classic [Airing on MSNBC, but also available on YouTube and DVD]

Like most of sports fandom, I’m itching for games. This time of year should be great: after the college basketball tournaments, we can turn toward the end of the NBA and NHL seasons and get excited for the start of baseball. My Saturday mornings continue: a cup of coffee and Premier League soccer (except when my own kids are playing at the same time). With everything on pause right now, we’re left with archival games, or rebroadcasts of briefly fascinating World’s Strongest Man competitions from the 1970s (there’s an event called “Girl Lift”). I can watch some retro sports, but I can rarely get invested. Sure, moment’s like Cal Ripken’s celebration lap or buzzer-beaters never get old, but after marveling at old uniforms and haircuts, my interest fades.

That’s why I’m excited to discover “Premier League Classic,” which gets it right. Rather than simply showing old games in their entirety (though you can find that, too), this series distills exciting or meaningful games into well-edited 30-minute sets. That time allows viewers to get a feel of the game – is it technical? physical? boring? – and beats watching a string of highlights. With just enough context, the games seem to matter and you can get excited for half an hour without the novelty wearing off.

As someone who isn’t a long-time fan but who is interested in the history of soccer, these matches satisfy my current wishes perfectly. I don’t know the outcome of most of these matches, the goals come frequently but not predictably and I’m catching up on stories I should have already known. And even if you know the outcome, it’s easy to get into something like, say, Manchester City’s dramatic game against Queens Park Rangers in 2012. You get all the excitement of a great game in a package that doesn’t outlast either nostalgia or interest. It’s the ideal way to revisit old sporting events.

The Gold Rush [The Criterion Channel]

It’s fascinating what remains timeless. Unable to take another moment of Mickey Mouse on Disney + I turned to the Criterion Channel for anything I could enjoy with my children and chose Charlie Chaplin’s The Gold Rush. They showed little interest with the initial shots establishing the mining town and the basics of the plot, but then Chaplin appeared as his famous tramp persona and both children were hooked. The three-year-old loves the slapstick violence. The seven-year-old loves the romance and the slapstick violence. And I fall in love with a film I dismissed the first time I saw it during my Buster Keaton phase in the old days before I learned you can appreciate more than one genius at a time. The film focuses on Chaplin as the tramp joins the thousands of would-be millionaires in the California Mountains on the hunt for gold, befriends Big Jim McKay (Mack Swain) and falls in love with a high society girl, Georgia (Georgia Hale). Funny, inventive and full of physical gags that influence comedy to this day, its musical score offers a welcome respite when the voices of Mickey and Elmo become too grating. – Don Kelly 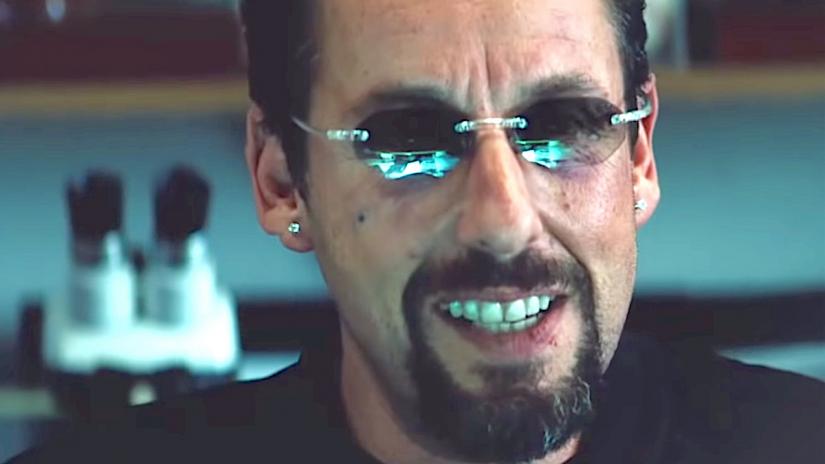 I both regret not seeing Uncut Gems in the theater and I’m thankful that I saw it in the privacy of my home, largely because I’d prefer that people didn’t see me pull my hair out due to stress. I could discuss potential deeper meanings in Uncut Gems, but I think that sort of misses the point of what the Safdie brothers have really accomplished here. Plenty of films make overtures towards having highbrow subtext, but Uncut Gems is first and foremost about the feelings that you get watching movies, those feelings of anxiety, shock and tension relief that are key to storytelling in any medium. A lot of this comes down to Adam Sandler’s utterly captivating turn in the lead as Howard Ratner, a slime ball diamond dealer whose compulsive gambling addiction keeps him perpetually in over his head. Sandler retains some of the explosiveness that he overuses as America’s most juvenile comedy star while allowing Howard to have moments of clarity, thereby turning a wholly unlikable character on paper into someone we can connect with and feel sympathy for. The rest of the cast carries themselves well, particularly Eric Bogosian as Howard’s cold, taciturn brother-in-law/loan shark and Kevin Garnett as a version of himself that’s convinced a rare gem is the key to the Celtics winning the 2012 Eastern Conference semis. However, the film belongs to Sandler, who reminds us here of exactly what he’s capable of when he’s not making fart jokes for 12 year-olds, and to the Safdies, who prove themselves to be true masters of twist-laden, suspenseful thrillers. – Kevin Korber