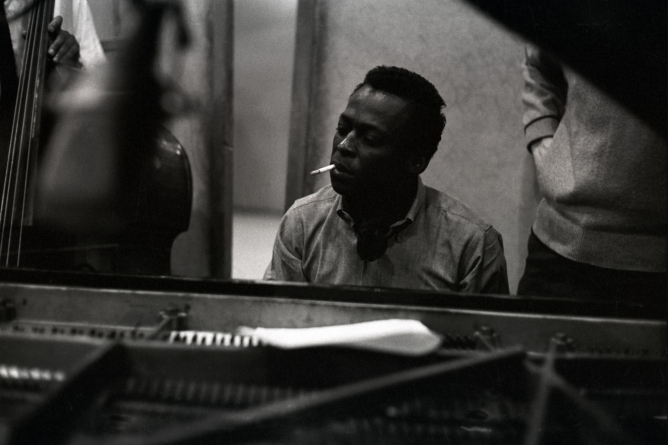 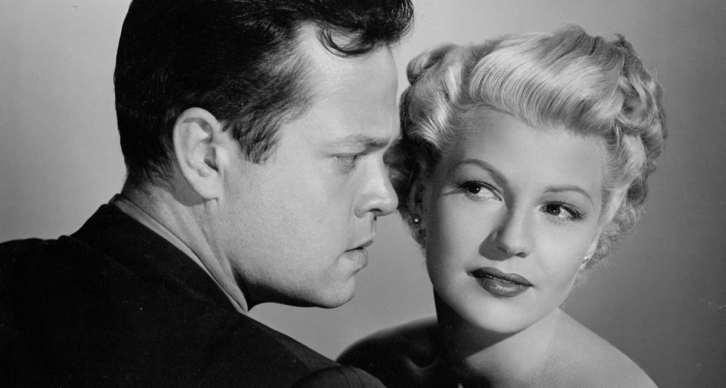 The Lady from Shanghai [Streaming on Criterion Channel]

The Lady from Shanghai is Orson Welles’ foray into the noir genre. He is the lead actor, producer, writer and director of the film and turns in an excellent performance in every role. He had a helluva decade in the ‘40s.

The film is a classic of its genre: short, sordid and contrasting the beauty of bright ocean vistas with the gritty streets of San Francisco. Rita Hayworth stars opposite Welles as the femme fatale and while she does very little to convince as a seductress, she does come across as quite diabolical. As with any decent noir, there are twists and turns in the plot—more than in most, in fact—and The Lady from Shanghai travels in setting from New York to a yacht in the Caribbean to Acapulco (Welles’ practice run with Mexico before his masterful A Touch of Evil a decade later) to San Francisco. This film is fun, fast and full of the sort of odd camera angles only Welles could see. – Ryne Clos 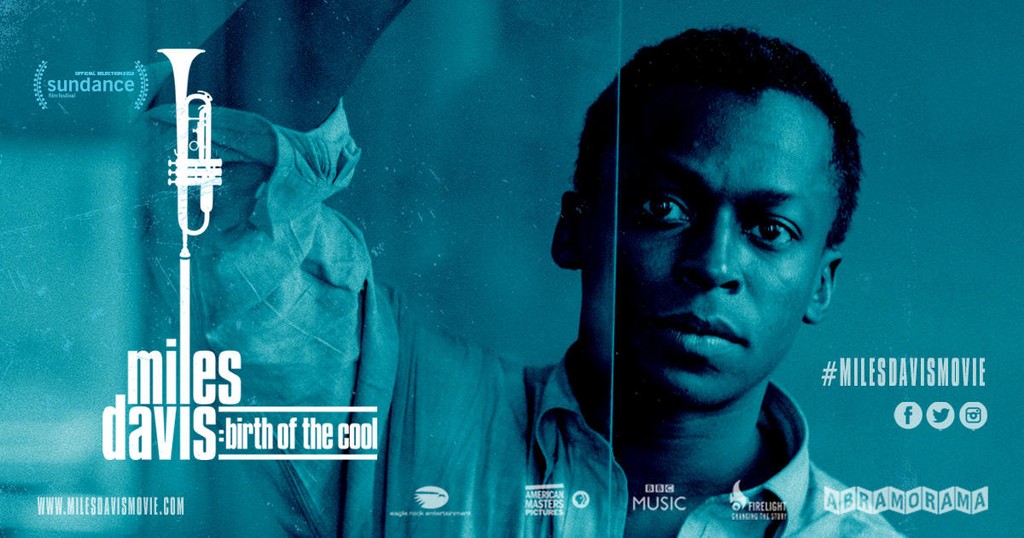 I discovered Miles Davis when I was 18, on a solo road trip across the American Southwest. In a record store in Tempe, Arizona, I ventured into the jazz section and picked out a cassette that I hoped would open up a world of smooth sophistication. I’d heard of Miles Davis before, and randomly chose an album that looked like it fit the bill, proud of myself for having skipped the punk rock section where I normally would have been. The one I bought was Miles Ahead, and I was immediately disappointed. Instead of evoking a smoky downtown jazz club, the music was brassy and huge, with big band arrangements and a strained trumpet squeaking around on the edges. It sounded like music my grandparents would play on the phonograph after watching Lawrence Welk. But I had a lot of miles to drive across the desert and the mountains to get home to Boulder, so I ended up playing that cassette on repeat, over and over. Later, with Kind of Blue, I discovered the cool be-bop vibe I’d been looking for, as well as a larger truth: Miles Davis is never just one thing. In fact, he’s infinite.

The documentary Miles Davis: Birth of the Cool makes this point in a cascade of astonishing photographs and footage of Miles in his various professional primes. Long before Bowie was Bowie and Prince was Prince, Miles was Miles. He invented the template of the rock star, with the sunglasses and snappy duds and fast cars and beautiful, brilliant women. What most moved me, though, was understanding how hungry he was for invention. As soon as he mastered one form, he had to move on to something new. He apparently didn’t even possess any of his own albums–once he’d recorded something, it was dead to him. On to the next thing.

Not that any of us can hope to emulate such blazing creativity these days. But watching the parade of fly outfits across the decades made me want to change into a suit with an ascot and sunglasses and drop the needle on some vintage cool. If we’re going to be stuck inside forever, Miles is all we need to escape into a world of smooth sophistication. – A.C. Koch 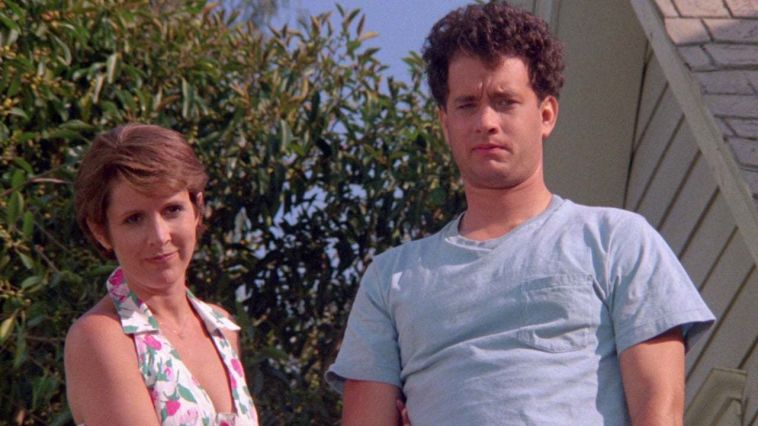 The ‘Burbs [STARZ on Amazon Prime]

What better time than our quarantined present to fixate on the (possibly nefarious) behavior of our neighbors? Instead of a relaxing staycation—a quaint notion these days—spent palling around with the guys, listening to the ballgame and drinking “a couple hundred beers,” Ray Peterson (Tom Hanks grows obsessed with discovering the true nature of his peculiar, evidently sinister new neighbors, the Klopeks, in Joe Dante’s 1989 comedy-mystery The ‘Burbs. After all, not much else happens on this sleepy suburban cul-de-sac, other than toupee-clad Walter’s (Gale Gordon) lapdog pooping on the lawn of military man Rumsfield (Bruce Dern) or young guy Ricky (Corey Feldman) throwing a raging kegger. Conspiracy theorist Art (Rick Ducommun) winds up Ray with worst case scenarios that Ray’s wife, Carol (a woefully underutilized Carrie Fisher), then must temper. But when Walter suddenly goes missing and Ray and Art discover a femur (“a femur just happens to be a human thigh bone, Ray”) under the fence bordering the Klopeks’ yard, Ray and his paranoia-fueled buddies vow to get to the bottom of things by any means necessary. Driven by the compelling rapport and snappy dialogue among Hanks, Dern, and Ducommun and a paranoia-versus-reality dynamic that maintains a compelling balance throughout, The ‘Burbs reminds us that even staying home by choice can drive folks a little batty. – Josh Goller

I’ve been going back through movies that I loved when I was a kid and watching them with both of my kids. This has been a ton of fun for multiple reasons. One, I get to reconnect with something from my youth. Two, I get to look at it from my current, adult point of view and see how it holds up. And three, I get to see it through the eyes of my kids who have a completely different upbringing, perspective and sense of humor. I’ve had a lot of success with movies like UHF, Groundhog Day, Wayne’s World and, our family’s personal favorite, Strange Brew. (As a result of the latter, every time the kids see the MGM lion, they ask if he’s going to burp). Surprisingly, most of these films have aged well. My winning streak recently came to a thudding halt though with a family viewing of Bill and Ted’s Excellent Adventure. There is dash of mildly inappropriate sexual content, a little more than a soupcon of sexism and a healthy dollop of glorifying the easy way out. Again, it’s a stupid, high-concept ’80s movie for kids of the era and it absolutely feels like it. It fails to be anything other than a time capsule. Most egregiously, right smack dab in the middle of this dumb movie is big, fat, homophobic slur. It’s like a huge boulder landing in the middle of an otherwise mostly enjoyable picnic. Ultimately, this became a teachable moment though one I was not prepared to have during Bill and Ted’s Excellent Adventure. – Eric Mellor 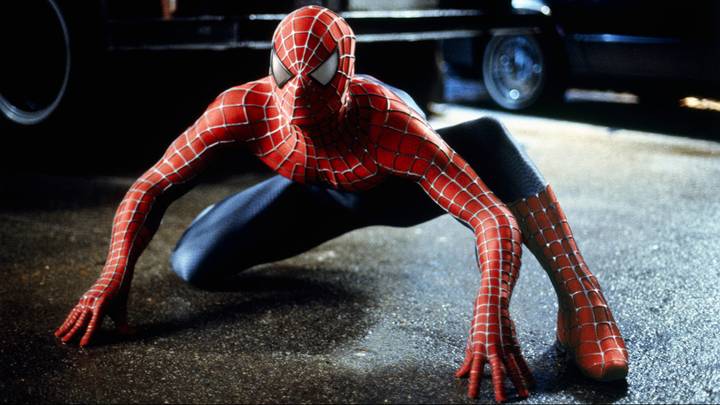 The boy fell asleep on the sofa around 3p.m. meaning bedtime was shot along with any notions of adult time while the children slumbered. As the designated nocturnal parent it would be my job to keep him entertained until the effects of the nap wore off. Scrolling through the apps for something tolerable his eyes went Tex Avery cartoon big when he saw Spider-Man circa 2002 crawling up a wall. I explained that this wasn’t the Spider-Man he knew from Into the Spider-Verse, but he didn’t care. He’s only three-years-old and immune to such differentiations.

I hadn’t watched this initial interpretation of the wallcrawler by Sam Raimi in years and my opinion of it remained consistent. It’s a pretty dull, melodramatic affair with many of the director’s favorite tics – superimposing images, extreme and cartoonish close-ups and pov shots from inanimate objects – failing to distract from the general mediocrity. The design choices made for Willem Dafoe’s Green Goblin remain mindboggling, especially in light of the faithfulness the MCU generally takes to its main characters when they’ve moved from page to screen, and most of the acting is soap opera adjacent.

But, the movie does soar when flexing its advantage of being the first blockbuster Spider-Man. Raimi was smart enough to rely on visuals taken directly from the work of prominent Marvel artists Steve Ditko, John Romita and Gil Kane, particularly when the movie heads toward its final act. It gets to hit some of the more outlandish and meaningful aspects of the character’s origin story like the Spider-Man trying out wrestling to earn some money, Peter Parker’s role as photographer for the Daily Bugle and the death of Uncle Ben. It also gets Peter out of high school quickly, which is something the current Spider-Man trilogy refuses to do.

But, the oddest part of watching the movie with my son was how strongly it reminded me of first discovering comics. I started reading them around 1979, far enough away from renaissance at Marvel in 60’s but close enough to understand the reverence for those earlier times.

Spider-Man was my gateway title and my first experiences with the character were in reprints of the Lee and Ditko run. A universe was being created so there weren’t many superheroes around, so most of the adventures were solo. The Fantastic Four showed up once, but other characters didn’t crossover with much frequency. Each book had its own aesthetic, as Raimi’s Spider-Man trilogy looks very different than any of the MCU movies that would come to pass years later. It was easier to read Marvel comics when I was a kid in the same way it was easier to watch superhero films in their initial waves. The stories were self-contained, and anything I didn’t know was covered with an editor’s note. There was no Phase I, they were just trying to sell books.

I wanted to explain all this to my son, but he had fallen asleep right before the Green Goblin attacks Aunt May. A pouch of apple sauce dangled from his hand, half-eaten. – Don Kelly