Some films require historical context. Without certain specific knowledge, they can lose their power, their greatness. Though barely mentioned, the 1947 partition of India and Pakistan looms like an off-screen character in Ritwik Ghatak’s The Cloud-Capped Star (1960). Ghatak’s characters live in evanescence, their world completely upended by a decision from a foreign entity that shunted Hindus to one side of a line and Muslims to the other. The film, a melodrama at face value, explores the deep fissures in Indian society perpetrated by the partition, especially on women.

When we first meet Neeta (Supriya Choudhury), she is a key provider for her family, which is now living in a refugee camp. A college student, Neeta makes money via tutoring, and her family has no trouble exploiting her earnings. Her eldest brother, Shankar (Anil Chatterjee), would rather sing than work. Her younger brother, Mantu (Dwiju Bhawal), loves sports and needs money to buy cleats. Her sister, Geeta (Gita Ghatak), is vain and selfish. Meanwhile, Neeta’s doddering father (Gyanesh Mukherjee) and overbearing mother (Gita Dey) are constantly hounding her for money. Things aren’t all bad for Neeta. Not only is she earning an education, she has attracted a suitor, Sanat (Niranjan Ray), a self-important fellow refugee who is studying science. 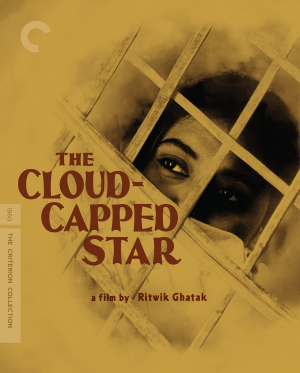 Ghatak gives most attention to the relationship between Neeta and Shankar. As the oldest son, tradition dictates that Shankar be the one who provides for the family. Yet, Shankar wants to be a singer and believes that labor is inappropriate for an artist. The other men in the camp mock Shankar and a merchant continually calls him a deadbeat when he asks for a razor to shave his face. Neeta is supportive of Shankar’s dreams, though he often bullies her and calls her names. Shankar’s songs provide the film with a score, ranging from joyous to hauntingly melancholy.

One tragedy after another befalls the family. Neeta’s father, a teacher, is injured and can no longer work. Mantu gets a job at a factory but is seriously injured. Geeta steals Sanat away from her sister. Soon, Neeta must drop out of school so she can provide for her family. As their sister toils away, Shankar lands a job as a music instructor and Geeta becomes engaged to Sanat. Mantu, who requires a blood transfusion, is given full compensation by his employer. As her siblings’ fortunes rebound, Neeta eventually contracts tuberculosis and is sent off to a sanitarium.

But who is to blame here? Ghatak doesn’t damn Neeta’s family entirely for using her. All the characters in The Cloud-Capped Star are victims of a circumstance far greater than their own doing. Poverty drives people to desperate measures, and as Neeta and her family scramble to survive, anything goes.

Unlike his contemporaries such as Satyajit Ray, Ghatak doesn’t entirely give over to neo-realism. He uses more experimental techniques such as composing disorienting shots, a soundtrack that plays with the use of sound and fitful editing that allows the viewer to fill in the missing spaces. Yet, it’s the film’s penultimate sequence where Shankar visits Neeta in the sanitarium that pushes The Cloud-Capped Star towards its heartbreaking finish. Things are going well for the family. They’ve built a house. Geeta and Sanat have a son. In response, Neeta screams to her brother, “I wanted to live! I want to live!” Consumed by poverty evoked by the partition, Neeta has been swallowed up by forces beyond her control. And thanks to her struggles, her family survives.