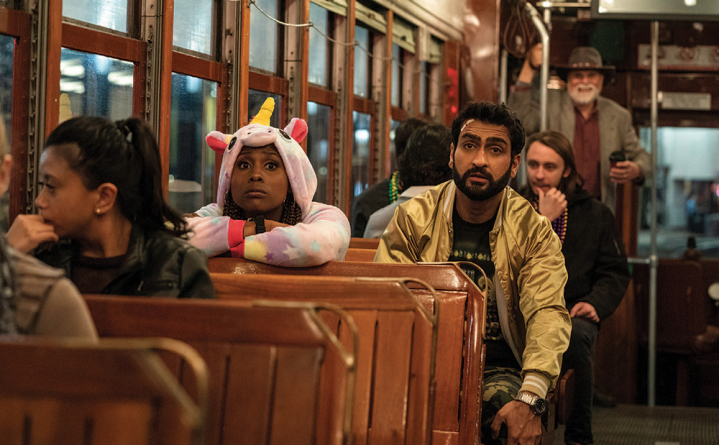 The Lovebirds feels like an antiquated ‘80s comedy filtered through a modern lens.

The Lovebirds feels like an antiquated ‘80s comedy filtered through a modern lens. You can compare it to something like 48 Hrs., if you want to be generous. But, in reality, we’re talking more like Weekend at Bernie’s: two appealing lead actors trapped in a tired story about mistaken identity.

Issa Rae and Kumail Nanjiani play Lelani and Jibran, a New Orleans couple whose relationship is on the rocks. He is a documentary filmmaker. She works for an ad agency. And after four years together, they are completely sick of each other. Jibran thinks Lelani is shallow. She believes he is a failure. Jibran hates that Lelani thinks they could compete on “The Amazing Race.” She loathes his addiction to writing negative Yelp reviews. You know, the consummate modern couple.

Rae and Nanjiani are both appealing comic actors and they do their best with the material but there really is no way about it: Lelani and Jibran are shrill, yuppie assholes who have long lost themselves deep down the hole of their Instagram accounts and ridesharing apps. And just as they are about to break up, they become witnesses to a brutal murder that will lead them on an overnight odyssey to clear their names. It’s almost as if…they are taking part in “The Amazing Race!”

A malaise hangs over The Lovebirds, a distinct feeling that no one involved besides Rae and Nanjiani really gave a shit. These actors really deserve a better movie and Showalter is clearly capable of doing better. It’s mindboggling that so much talent could produce something so flaccid, DOA within its first 20 minutes.

Now available to stream on Netflix, it’s hard to believe that a major film company had planned to release The Lovebirds in theaters. Perhaps Paramount saw a good opportunity to cut its losses when the coronavirus shuttered cinemas and it sold this dud to the streaming giant. You also have a good opportunity this weekend to avoid The Lovebirds and pick something else to watch.