September 25, 2020
Home Features Rediscover: Portrait of a Lady on Fire

Céline Sciamma’s masterfully constructed and achingly romantic film, Portrait of a Lady on Fire, begins with close-ups of easels where art students sketch our protagonist, Marianne (Noémie Merlant). She poses stoically, until something in the background unbalances her emotional gravity. A student has taken a painting out of storage, one which depicts a woman in a field, her dress ablaze. As Marianne stares, we’re sucked back into her mental memoirs as she reminisces on a past experience that proves monumentally significant. It reaches the point where we no longer feel these are memories, as they feel so lived in and richly observed in the present moment. When the film eventually reaches its final moments and we snap back to Marianne in her studio, we’re on the same page as our subject. We long for everything we’ve seen before; but the running time of Sciamma’s film, much like the duration of our existence and experiences, must move forward. In the end, all we’re left with are the fragments of our past. 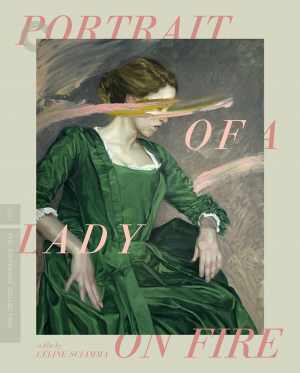 Portrait of a Lady on Fire profoundly understands the raw emotional power of human memory, especially when our recollections stem from the innermost depths of our heart and soul. In Brittany, Marianne arrives by boat after being commissioned to paint the portrait of a young women named Héloïse (Adèle Haenel). The portrait is intended to be sent to the man whom Héloïse is arranged to marry, but the woman has shown strong resistance to past portraits and Marianne is instructed by Héloïse’s mother (Valeria Golino) to paint her daughter in secret. She does so by masquerading as Héloïse’s walking companion, accompanying her subject on strolls and slowly observing her during the day, then painting her in the evening in solitude. But Marianne discovers, in line with the audience, that truly capturing someone’s persona in a painting is almost impossible, especially when you’re doing so from memory alone.

Marianne and Héloïse grow closer, the subject eventually trusting and posing for the artist. During both their walks and their painting sessions, Sciamma’s direction tactfully captures the art of observation and its parallels with the precise nature of brush against canvas. The filmmaker constructs her scenes with compositions that find Marianne and Héloïse exchanging ephemeral glances, exhibiting an attraction that is not only sexually charged but soulfully rich. These glances transform into longing stares as the story progresses, evolving into a love affair that we as an audience already know is doomed. Marianne and Héloïse are aware of this, too, but are trying their best to fight the inevitability of their limited time together and create as many burning moments as possible.

The film ultimately communicates the breathtaking exhilaration of human connection and the stomach-flipping, heart-fluttering thrills that arrive when someone is truly seeing you for the very first time. The romance between Marianne and Héloïse is portrayed at deafening volume despite being unspoken for the majority of their time together, until their magnetism erupts into something that is at once sensual, intoxicating and carnally intense. It builds exactly as a painting would. Small brush strokes. Shading. Colors combining. Until suddenly you have a fully formed picture that, despite being beautiful, immediately becomes a facsimile of the present moment you attempted to capture, and which continues to fade with time. Portrait of a Lady on Fire understands above all other things that nothing lasts. Even if you commit it to something indelible, be it a canvas or one’s own mind, that’s still all you’re left with in the end. No matter how hard you try to remember, time will always end up as the victor.

The parallels between memory and art come to a striking crescendo during the emotionally pummeling final two scenes of Sciamma’s film, which crash down on the viewer like a painful tidal wave of reality. The last shot is beautiful and heartbreaking. Prepare yourself for the very real possibility of it absolutely destroying you.