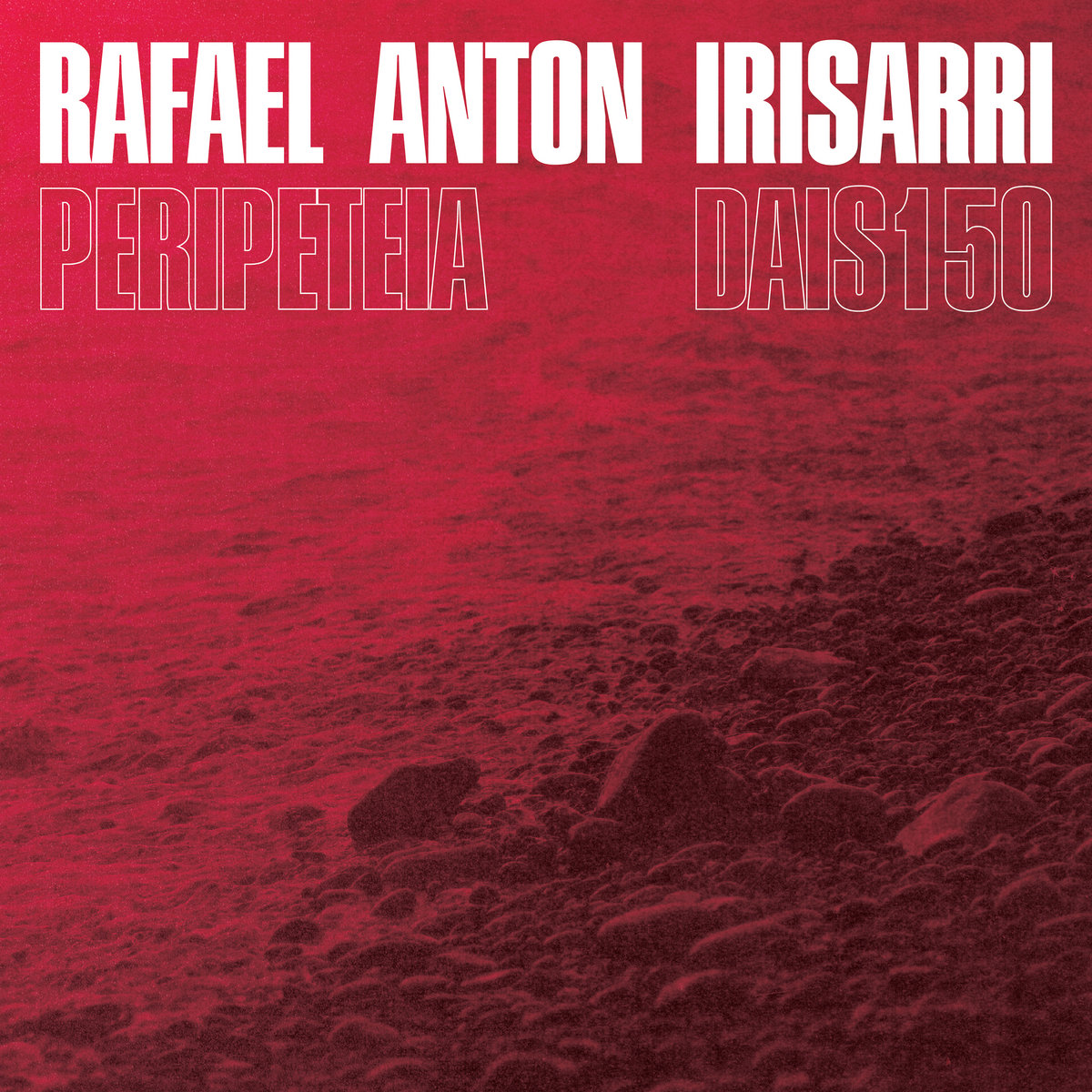 If you’ve listened to an ambient album from the last decade, there’s a good chance Rafael Anton Irisarri’s fingerprints are on it. His Black Knoll Studio in New York is a mixing and mastering mecca largely responsible for the recent trend towards more hi-fi production in ambient music. Listen to the difference between Markus Guentner’s recent Empire and his classic debut In Moll, or the reissue of Loscil’s First Narrows versus the original, to see how distinctive his touch is. But his own music is the best guinea pig for his behind-the-boards magic, defined as it is by so much layering and blurring and distortion that only a sharp set of ears could turn it into something coherent instead of overwhelming.

His new album Peripeteia is a studio rat’s triumph. Though these eight tracks feel at first like monochrome, monotone sheets of sound, listen closely and you’ll hear roiling conflict deep within the mix: a monstrous, growling low-end competing with a shimmering midrange of strings and choirs and guitars that only occasionally make themselves known through the instrument-agnostic fog. These tracks seem to turn themselves inside-out and reveal new colors. At its best, Peripeteia feels like watching a plume from a volcanic eruption unfurl in slow-mo, with bright reds and oranges giving way to ashy greys, occasionally lit up by a flash of lightning.

It’s remarkable how Irisarri gives us such a richness of sound while also creating an album that sounds like a monolith. A soft female voice whispers at us from “Between Negative Voids,” and “Refuge/Refuse” employs a similar uncanny choir synth as Coil used on their immortal “Theme from Gay Man’s Guide to Safer Sex.” “Yearn” even has a guitar riff similar to something you’d hear on a doom-metal song, perhaps from a latter-day Earth album. But these tracks never feel like they’re built from these sounds. They more closely resemble bits of debris picked up by a storm, like all the little things floating outside Dorothy’s window in The Wizard of Oz. The only track that feels built out of moving parts is “Arduous Clarity,” whose sickly sequencers make it a cousin of Boards of Canada’s creepiest work.

Peripeteia is the rare ambient album that works best during a focused listen on headphones, so you can hear how the bits and pieces of his music interact and do battle with each other. As an achievement in sheer sound, Peripeteia is a marvel. But the best ambient music has a sense of mystery, of opening up deep and dark spaces that exist between the cracks of the fabrics of this world. Irisarri’s music does not do this, and it never really has. Listen to his Gas-worshipping Sight Below project: the sounds are superficially inherited from Wolfgang Voigt’s work, but we’re drawn more into the physical qualities of the sound than the dark world of the imagination.

Though you may come out of this album with a breathless appreciation of its creator’s craft, it’s unlikely to blow the mind of anyone already familiar with his work. You’re unlikely to hear a better-sounding ambient album this year than this one, but too often the sounds stay right there in the headphones instead of spreading tendrils into the brain like truly great ambient music.

A marvelously irreverent and successful collaboration, an olive branch across the critical…