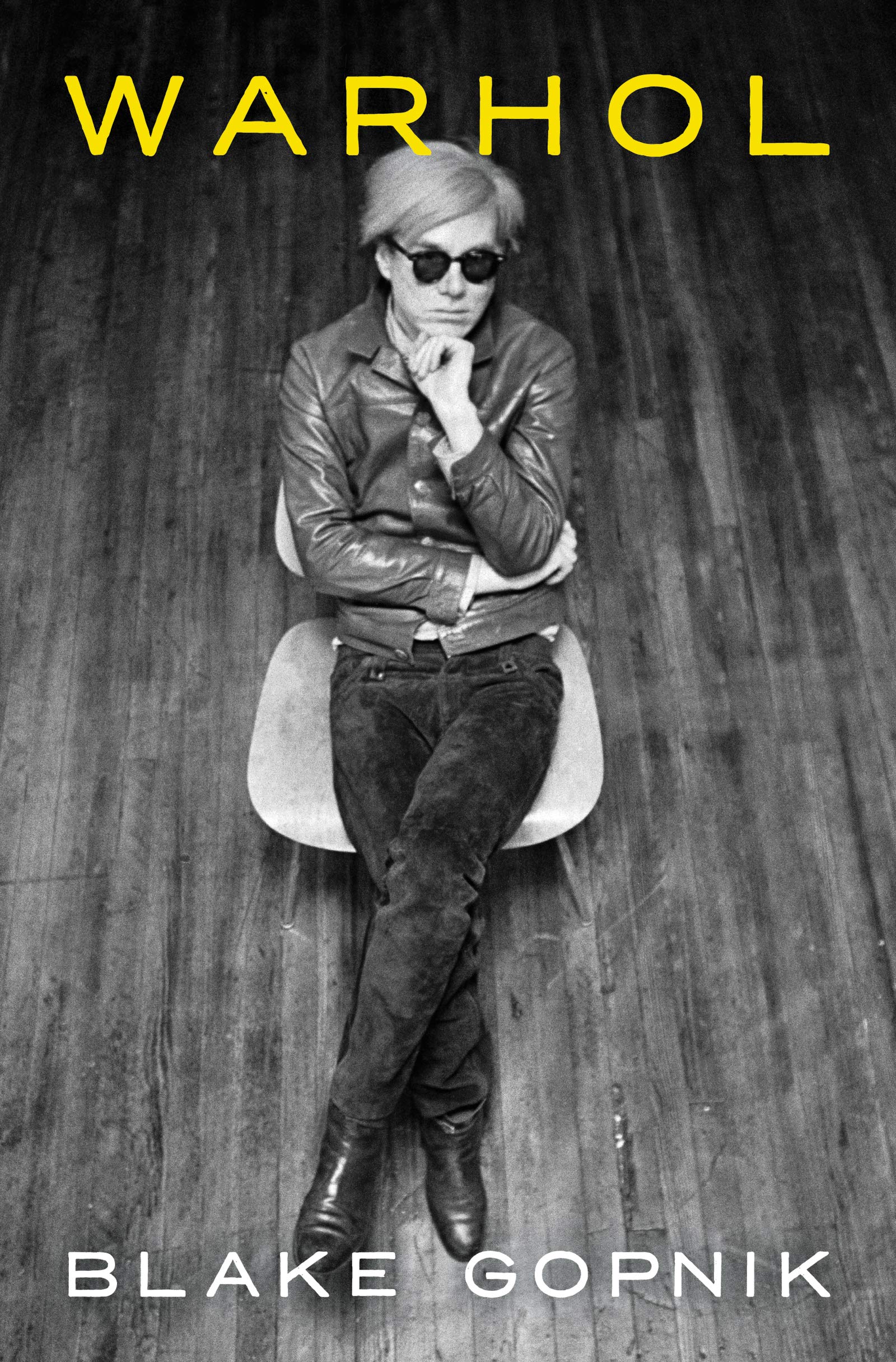 You can barely open your eyes in the 21st century without seeing the influence of pop artist Andy Warhol. For good or ill, by means of a well-considered concept or simply through cheap regurgitation, nearly everyone, whether the target is art or kitsch or the creator a highly-paid artist or just somebody with an IG account, taps ideas he pioneered and popularized. Who was this strange, iconic figure, and how did he leave such a ubiquitous, marvelous, horrible mark in his wake? Answering nearly any question one might have about the ur-influencer, art critic Blake Gopnik has put together seven years of research into Warhol, a door-stopping summation of one of the definitive artists of the 20th century. And, through Gopnik’s reliable and clearly organized prose, Warhol’s storied life reads like a novel of the American century.

Like a saucy bildungsroman, Warhol addresses nearly everything of note in the 20th century: immigration, sexuality, celebrity, consumerism, the avant-garde, the selling out of the avant-garde, violence, cinema, pop music, the class system, medical care, real estate, race (sort of); it’s all here. Although the occasional details of Warhol’s art instruction or the spoils from a New York shopping spree might seem like so much minutiae, if anything they make you want to learn more about the mundane specifics of this artist of the mundane who turned something as common as the soup can into art.

But was he really so mundane? Gopnik traces the artist, born in Pittsburgh as Andrew Warhola, as the son of working-class immigrants who hailed from a village now known as Mikova, currently a part of Austria-Hungary. The Warholas were Carpatho-Rusyn; neither Austrian nor Hungarian, not Polish nor Romanian, and although the often sickly pale artist who emerged from this background would seem the whitest white, his background was a very specific ethnicity with rich traditions that his parents brought back from the old country—like the Orthodox, Byzantine Catholic faith that members of his family still practice today.

Did religious icons feed Warhol’s art? Yes and no; throughout this thorough survey, Gopnik takes time (but not inordinately) to look at myths that have arisen around his subject. Sure, one wonders if the young Warhol was affected by the religious icons at his family’s church, St. John Chrysostom; the church in fact has gold paintings that seem to echo Warhol’s gold-decked Marilyn Monroe images. But Gopnik points out that these gold paintings were installed well after young Warhol would have attended mass there; evidence for Warhol’s influence by religious art can instead be traced to a local exhibit of Russian icons in 1944.

That’s just one of the ways Gopnik deals with conventional wisdom; was Warhol a user? Did he grow up a poor boy eating Campbell’s soup? Was he largely asexual? Gopnik takes on such myths, which were often perpetuated by Warhol himself, as part of a curated life story he considered a work of art as much as anything he painted.

Yes, there’s the art; any reader who would undertake this nearly 1000-page biography is probably here for the art, and Gopnik doesn’t disappoint. From art school training—Warhol’s talent as a draftsman is another myth-busting detail–to his early years as a commercial illustrator in New York to his Pop Art breakthrough and the rise of the various Factories, Gopnik follows Warhol as he scoops up ideas and concepts and techniques and makes them his own; as he responds to the machismo of then-dominant Abstract Expressionism and with a swish (Gopnik’s admiring word) cadre that reveled in and practically invented high camp.

Warhol’s developing aesthetic in fact plays like a thriller. Some 200 pages into Warhol—in a movie script this would be the equivalent of the pivotal page 30 event that drives the rest of the plot—Gopnik notes the artist’s “eureka moment”: injecting pop culture into fine art. The concept seems so commonplace, and sometimes hideous, today; one could fairly blame Warhol for Mr. Brainwash’s massive canvases which vomit pop figures from Einstein to John Lennon onto what amount to obscenely expensive studio-crafted memes.

There’s so much more; from Edie Sedgwick to the Velvet Underground, from underground movies like Sleep (which, like much of his ‘60s art, was a lot harder to pull off than it looked) to the unlikely box office success of The Chelsea Girls; from the 1968 shooting that nearly killed him to the eventual success of Interview magazine. It was a wild, strange and perhaps ultimately unsatisfying life as the restless artist looked for love and meaning and sometimes found it but then, didn’t. Then it all ends. Warhol doesn’t lionize its subject; warts and all, Gopnik shows you who this physically slight, larger-than-life figure was, and it’s not pretty. But, to paraphrase a vanity project that might be considered one of the least likely by-products of its subject’s influence: “What a story!”