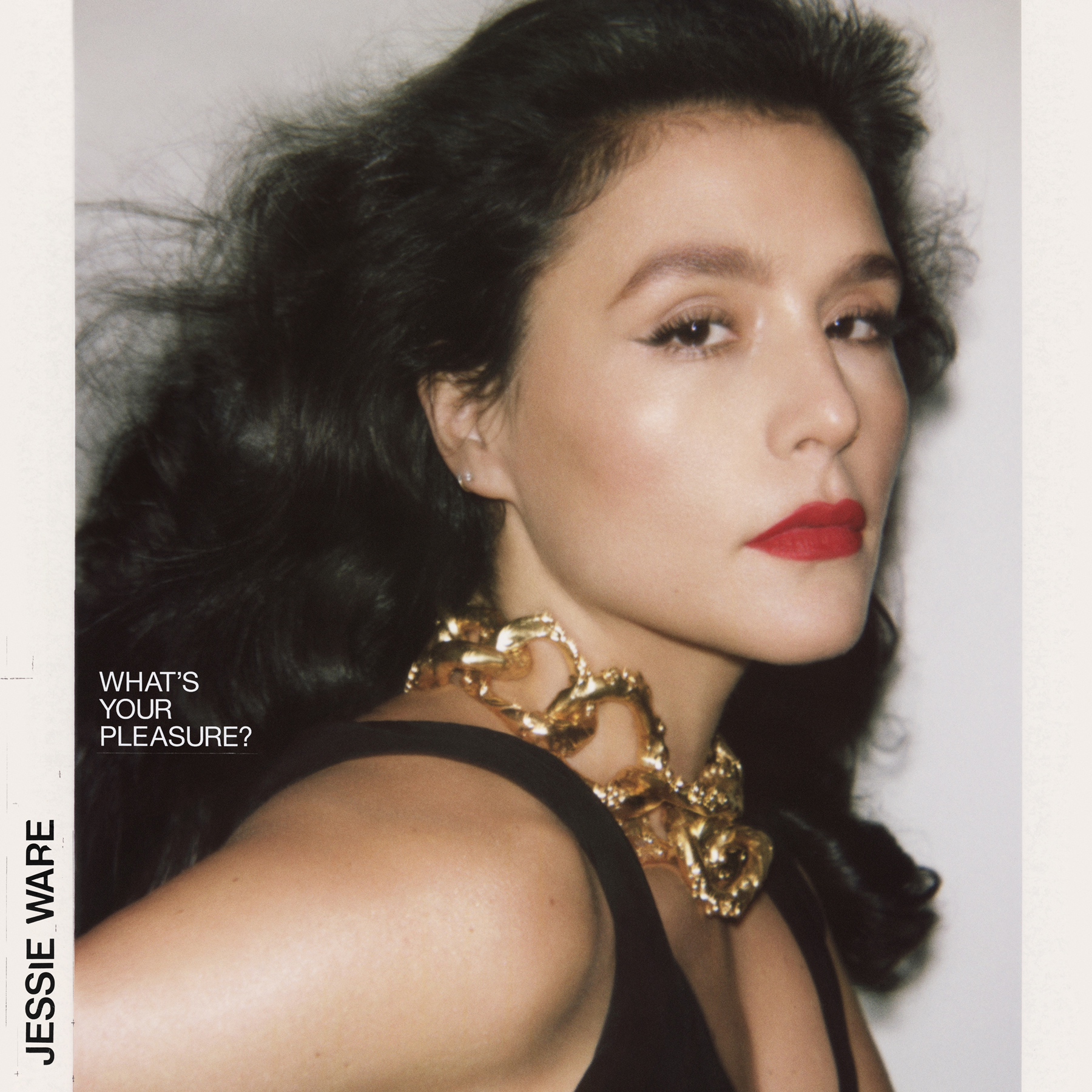 In some ways, Jessie Ware travels backward in time. Her 2012 debut was keyed in to then-current trends in the UK’s reemergent electronic mainstream, yet by the time of Glasshouse she conjured the likes of Annie Lennox, Whitney Houston and other ‘80s soul goddesses. What’s Your Pleasure? goes back even further, this time plundering the late-’70s heyday of post-Moroder disco. Awash in pulsating drum machine beats, mirror-shard reflections of blinding synths and strobing basslines, the album nods toward both the rave-up bliss of Hi-NRG and its bad coke comedown Italo, with Ware nailing the simultaneously euphoric and exhausted detachment of a vintage disco diva.

Yet as the old joke goes, Ware does not retreat; she merely advances in the opposite direction. What’s Your Pleasure? is her finest record yet, one that builds on songwriting confidence of Glasshouse and weds it to her most earwormy, compulsively danceable work. Rolling percussion spiked by a thudding bass lay a powerful groove for opener “Spotlight” that sets the stage for the proceedings. Ware alternately coos and deadpans as she wrestles with longing and rejection on lines like “Tell me when I’ll get more than a dream of you,” her voice both plaintive and hardened. This is pure disco, at once hedonistic and resigned, striking raw nerves of sensuality and detaching from human emotion completely. The jackhammer pattern sits right at the fulcrum between these opposites, as hip-moving as it is unblinking.

Reference points abound. The title track rides a percolating riff into blissful hazes that recall ‘90s rave as much as ‘70s disco, a reminder that the much-maligned latter never truly disappeared but has continued to evolve and seep into the mainstream for decades. Born aloft by Ware’s falsetto and conjuring a cyber-funk at once coldly synthetic and porously scuzzy, “Ooh La La” and “Soul Control” are a dead ringer for early Prince; indeed, the dissonant, darting blasts of keys on both will send you to the credits to see if Ware actually recruited The Revolution’s Doctor Fink. “In Your Eyes” mixes warm gurgles of bass with a prominent click track and lilting strings that bridge disco’s pre-electronic big-band days to the smooth, narcotized dance of trip-hop.

But to focus on the sounds that What’s Your Pleasure? calls to mind ignores the immediate and myriad delights of surrendering to the record’s charms. “Save a Kiss” disrupts a mid-tempo, beckoning vocal with Hi-NRG laser beams of synths, while “Read My Lips” is elastic funk through and through. “The Kill” is cinematic darkwave befitting lyrics that deal with the anxiety that accompanies those first inklings in sexual attraction to a stranger; “I follow you through the night like a dog with the scent of your cologne,” she sings as she succumbs to animal magnetism, but not without a woman’s innate awareness of the risks of unknown men as she repeatedly begs “Don’t try to kill me with your love.” At the opposite end of the emotional spectrum, the chiming, bell-like synths in Adore You” surround naked, breathy vocals from Ware that momentarily drop the sultry tone of the record in favor of an unvarnished love letter to the artist’s then-unborn child.

Setting aside disco’s mutation into new wave, house music and other successive subgenres, the sound of the ‘70s long ago made a comeback spearheaded by early-Aughts acts like Metro Area and the entire DFA lineup. But What’s Your Pleasure? is one of the few albums made since trad-disco’s revival to intimately know not only every nook and cranny of the genre’s blueprints but how to trace each aspect to present-day manifestations. Rooted in the past, the LP nonetheless sounds fiercely of the present, and Ware at last sounds fully in control of both her lyrical and sonic direction.