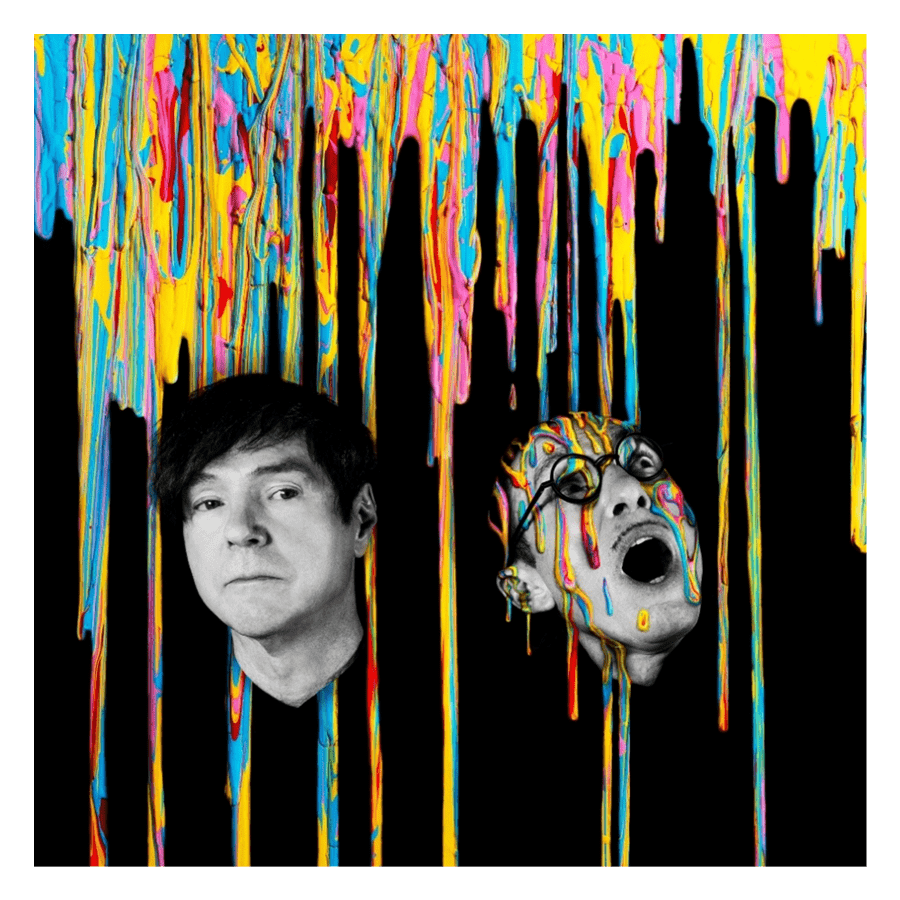 Sparks’ recorded output has been so stylistically varied that the only consistency across their entire catalog is Russell Mael’s adenoidal vocals, Ron Mael’s sophisticated keyboards and arrangements and the pair’s wildly idiosyncratic lyrics. Where their last album, 2017’s Hippopotamus, felt like a distillation of their career up to that point, containing bits and pieces of previous recordings’ hallmarks, A Steady Drip, Drip, Drip feels more like a Sparks album proper, one that exists within the context of itself rather than within the broader framework of their more than half-century’s body of work. To be sure, all the requisite Sparks flourishes are on full display: Russell’s vocals remain of a register unavailable to most male singers, while Ron’s musical stylings varying greatly from classical to pop to electronic to the avant-garde.

And while A Steady Drip, Drip, Drip may not necessarily live up to the previously established greatness of such early career classics as the unimpeachably brilliant Kimono My House, it nonetheless offers a number of solid late-period, indisputably Sparks songs. Not to mention yet another slate of some great song titles: “Sainthood Is Not in Your Future,” “Stravinsky’s Only Hit” and “Please Don’t Fuck Up My World,” to name but three. The latter is one of a handful of succinctly apt songs tailor-made for our current era, a plaintive plea in which Russell explains that, were his world to be fucked up, he’d “have nothing to live for.”

The environmental paean then takes an appropriately Sparksian turn as he sings of rivers, mountains and seas—among other natural wonders—each of which no one really knows why they exist, but “…it’s easy to see/ That they’re things to be cared for.” They then ramp up the sentiment by adding a self-aware children’s choir who also plead not to have their world fucked up as, “So much now needs addressing/…So much now is depressing.” While seemingly delivered in a somewhat tongue-in-cheek manner (one would assume this was all recorded well before the current shitstorm through which we are now all muddling on a daily basis), the sentiment cannot help but land effectively, made all the more poignant by the inclusion of the angelic young voices for whom the future of the world looks increasingly bleak.

Similar thematic territory is explored on a more personal level with “The Existential Threat,” a song about living in constant fear of the proverbial shit hitting the fan, and “iPhone,” which offers up perhaps the most apt chorus for any modern couple (quarantine or no quarantine): “Put your fucking iPhone down and listen to me.” Meanwhile, “Lawnmower,” a somewhat silly song on the surface, shows the futility of suburban existence as the protagonist’s sole reason for being is maintaining his enviable lawn through the near-constant use of his lawnmower. This futility of existence and constant series of existential dilemmas is the Maels’ bread and butter, so to speak, particularly on songs like “I’m Toast”—“Started at the top/ Then I took a drop/ Then a further drop/ Better bring a mop”—as modernity proves a constant struggle.

The album’s most over-the-top moments come during “Stravinsky’s Only Hit,” however, as the brothers Mael borrow elements of the composer’s more bombastic moments and pair them lyrically with the idea of the storied composer as a one-hit wonder. Here, too, they explore the descent from the heights of pop-stardom into personal and artistic despair, the composer left to rely on former glories to continue to make a name for himself. It’s a subtle swipe at those who insist on continuing to mine similar territory without moving forward creatively or artistically, while also poking fun at the stodginess of classical music and its strictest adherents.

In all, A Steady Drip, Drip, Drip offers nearly everything one could want from a Sparks record circa-2020. Rather than revise and revisit previous efforts, the Mael brothers continue to push themselves in new and different directions, while maintaining a high level of musicality and deft lyricism that dabbles both in the absurd and the profound. It may not rank as a classic within the voluminous Sparks catalog, but it offers more than its fair share of classic Sparks songs and sentiments. And that is all anyone can really hope for from a band that has been around for nearly 50 years in one iteration or another.