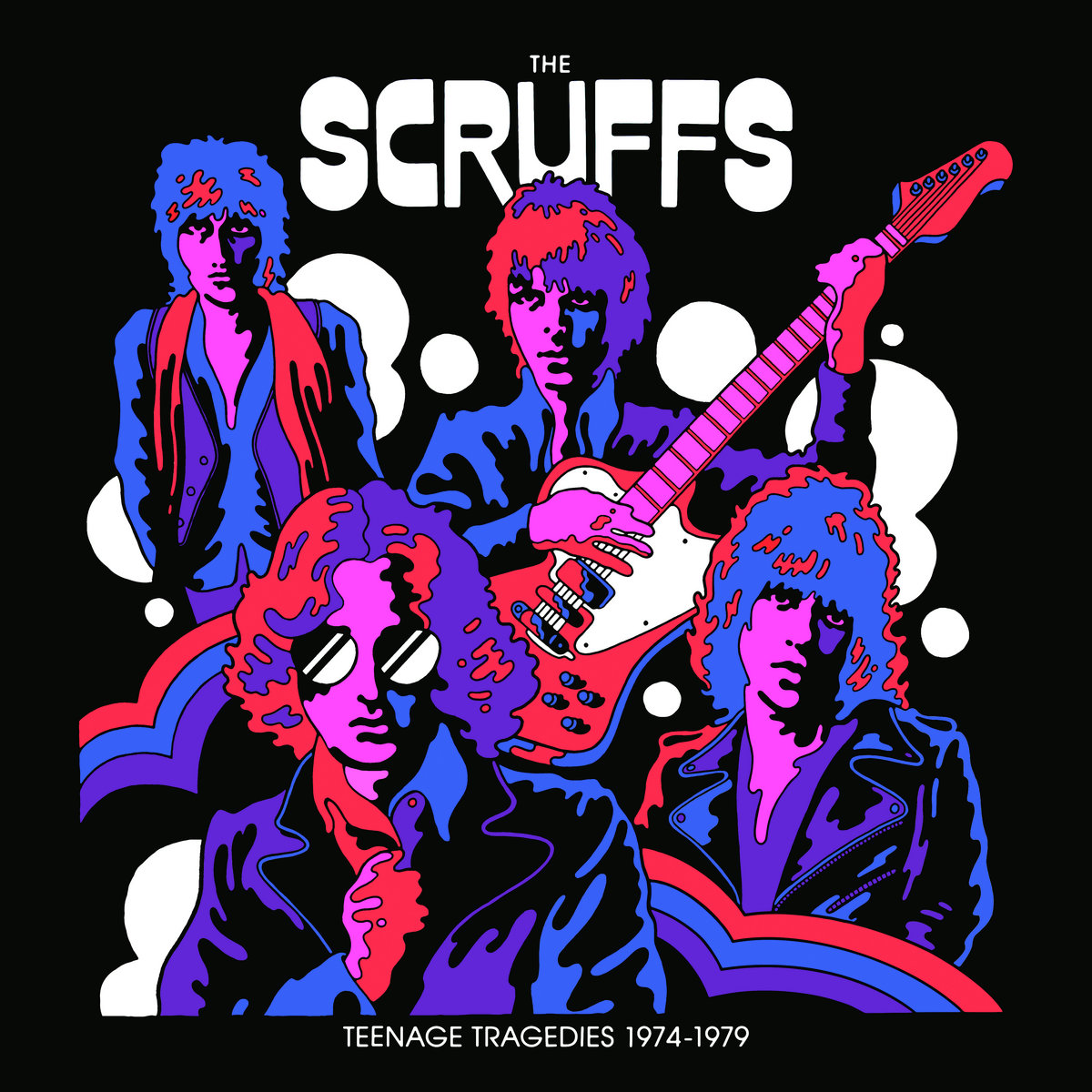 Imagine Big Star, stripped of inner demons and distilled to its rock ‘n’ roll essence. That’s the story of The Scruffs, the other ‘70s power pop band from Memphis. Stephen Burns and his shaggy-haired cohorts recorded their 1977 debut Wanna Meet the Scruffs? at the same Ardent Studios where Alex Chilton and friends documented their own long-thwarted history. With Teenage Tragedies 1974-1979, Mono-Tone has issued material from The Scruffs’ ill-fated follow-up on vinyl for the first time. The album wouldn’t have made them as big as the Beatles or even Big Star, but its horny, sloppy innocence secures their fate as endearing underdogs.

Opener “Teenage Girls,” the album’s original title, gets to the point without much elaboration and presumably without the Benny Mardones (RIP) creep factor. The Scruffs are honest about what they want and make their desires known without any artful pretenses whatsoever. An early-Beatles chord sequence leads to timeless lyrics; not even lyrics so much as enthusiastically holding up a sign: “Teenage girls/ T-t-t-t-teenage girls.” This is no literary encapsulation of adolescent longing and achingly beautiful finger-picking like Big Star’s “Thirteen”; this is pure pop id. Burns continues: “She chills me, she thrills me…/Ooh and when she kissed me/ Ooh la la la!” On paper, and maybe even blaring out of speakers, it’s completely silly, but the simplicity of its hook and inevitable handclaps makes it nearly irresistible

And that is the Scruffs’ aesthetic. Chiming guitars ring in “Go Faster,” about a girl who wants to live like the title. “She only lives for tonight,” Burns sings in his distinct braggadocious warble, which kind of comes across like a hammier Eric Carmen. The exuberance is contagious, its hooks building to an instrumental bridge and a climax when Burns cranks his already high-ish voice into its upper register like a garage band glam guy dreaming of a big time that will never arrive.

One-time Big Star fanzine-publisher Judith Beeman, one of the Scruffheads who contributes liner notes, admits that the band can be over-the-top. Burns at times generates a lounge-like fever that makes him something like the Nicolas Cage of overheated adenoidal pop singers. This is for the most part a good thing, though Burns at times sounds strained, as on “Make Out,” which makes his pleas to “little girl” a little too much like Vampire’s Kiss for a love song. But then, that agitated over-emoting is part of the Scruffs’ old-fashioned charm.

Teenage Tragedies shares one song with Wanna Meet the Scruffs, and the difference in approach is instructive; the version of “Tragedy” on the debut is tighter, while the demo heard here is more unhinged—and stronger for it. While the 1977 album is more consistent song-wise, the looser production of these also-rans may better suit the Scruffs’ theatrical flair. Would success have ruined them? Maybe, but time hasn’t. After breaking up in 1981, Burns and his mates have returned to the studio on and off over the years, and their 2011 album Kill! Kill!, with admiring guests like R.E.M.’s Peter Buck, sounds as if they never went away. If you like your power-pop a little sloppy, introduce yourself.

Despite its radio-friendly hooks, this isn’t soul music as celebration but the blues as fa…