August 10, 2020
Home Books Swimming in the Dark: by Tomasz Jedrowski 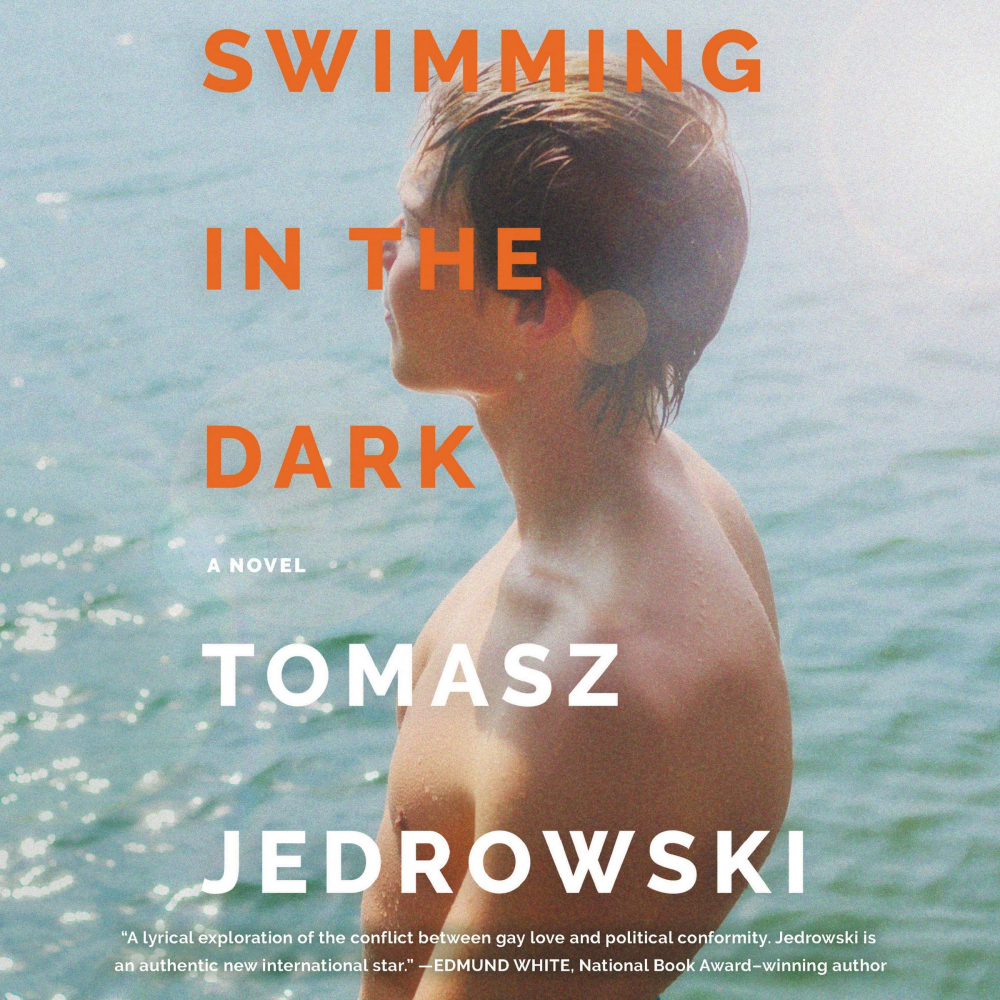 Poland is a notoriously unfriendly place for LGBTQ people. In the formerly communist country, 12% of LGBTQ people have been victims of physical violence and municipalities have taken steps to declare themselves “LGBT ideology-free zones.” This June, Polish President Andrzej Duda called LGBT rights an ideology more harmful that communism. One can’t help but think of all of this when reading Swimming in the Dark, the debut novel by Tomasz Jedrowski, a German-born Polish author living in France and writing in English.

Swimming in the Dark opens with the narrator, Ludwik, in New York City in the 1980s, listening to a radio broadcast of the chaos that has come to his native country. “Weeks of strikes and unrest” have forced the government to declare martial law. The news fills him with dread and he wonders what has happened to his lover, Janusz, who stayed behind. To ease his pain, Ludwik decides to write a letter (“I don’t know whether I ever want you to read this, but I know that I need to write it”), mapping their relationship as well as his journey into accepting his sexuality and finding a way out of communist Poland.

The letter begins before Ludwik meets Janusz, when Ludwik is a schoolboy taking catechism classes. There he meets Beniek, a boy with whom he would become infatuated and nearly kisses at a dance. The experience leads to an intense feeling of shame that would follow him as he grows up—from cruising Park Staromiejski in Warsaw to reading a black-market copy of Baldwin’s Giovanni’s Room to meeting Janusz at an obligatory “work education camp” the year after college, where they are tasked with harvesting beetroots.

When we first meet Janusz, he’s a ladies’ man with an athletic build that makes farm work easy: “I didn’t want to be in the field of your power,” Ludwik confesses, “I envied your lightness and the beauty you carried with such ease.” But when Ludwik finds him swimming in a local river, something more is hinted at and a later trip blossoms into a sexual connection.

When they return to Warsaw, the two lovers continue their relationship discreetly as Janusz gets a job in the censor’s office, judging the suitability of books for public consumption, and Ludwik decides to apply for a graduate literature program. Ludwik wants to write about Giovanni’s Room, but since the novel is not officially published in Poland, he chooses to write about Baldwin’s stories instead, contorting his analysis to please the communist literature department: “They dealt mostly with the Negro in American society, of his discrimination and shunning. I could see its relevance, could see how it exposed the double standards of the West, how it showed racism and white supremacy behind the liberalism and democracy extolled by the capitalist powers.”

Yet as he sees Janusz closeting his sexuality for the sake advancement in government bureaucracy, and as he sees his own career stunted in a country where moving up depends on bribes, Ludwik must decide if he wants to live freely on his own terms or be like Janusz and accept the game of communist society: “See it as a game,” Janusz tells him. “Everyone knows the rules. And if you can’t change them, there’s no point in worrying.”

Though Jedrowski didn’t live through Communist Poland, he gives readers a fascinating look into life in the country. There are details of food shortages and breadlines and an inefficient healthcare system—the shortcomings of many authoritarian states. There’s also, embedded in Jedrowski’s characters, an anxiety of surveillance that shows itself in major scenes, such as when we see Ludwik’s mother and grandmother taking extra precautions as they listen to Radio Free Europe, a banned station that broadcasts news from outside of Poland, to smaller moments when a friend says softly, “You know you can tell me.”

And while this is a novel of Poland, it is specifically a novel of Warsaw, and Jedrowski writes as if he has a map of the city in his mind: “We whizzed off, speeding seamlessly and effortlessly along Ujazdów Avenue. We passed the run-down palaces of the long-forgotten aristocracy, the Lazienki Gardens…and the gigantic gates and lines of soldiers that protected the castle that was the Soviet embassy.”

Jedrowski excels at a writer of place, though perhaps he’s less of a writer of a country’s history. Early on, we learn that Ludwik lived “in a flat only just deserted by some family we’d never known, their dishes still in the sink, their bread crumbs on the table” a quiet but nonetheless affecting allusion to the Holocaust. But this kind of insight into the effects of a country’s great political shifts—an understanding of historical and political contexts and with it a sense of danger for our gay protagonist—is few and far between. In the novel, communist Poland seems more like a bureaucratic nuisance than an oppressive, homophobic regime, which it very well might have been, but such a framing negates much of the urgency in the story.

Still, Swimming in the Dark is a unique gay coming-of-age story, set in a country where even today being queer can be dangerous. Where it lacks the heaviness of history, it makes up for it in its intimate story told as if between friends—or in this case, lovers. Jedrowski’s novel is an evocative and thought-provoking meditation on what it’s like to live in a society with limited freedoms and the choices an individual must inevitably make in it: to play by the rules no matter how stifling or to be true to one’s self, leaving the only home one has ever known—to take a dive into the dark.

It Would Be Night in Caracas: by Karina Sainz Borgo