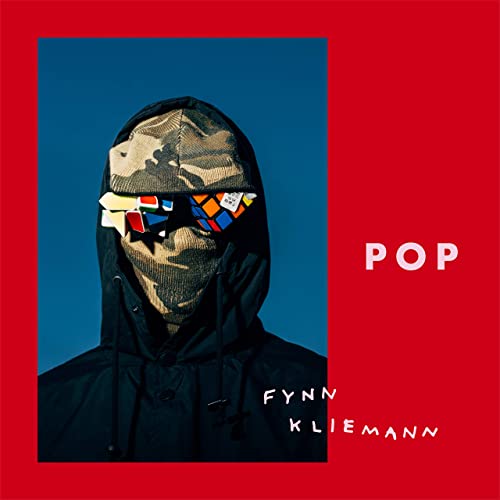 Kliemann is a German craft-maker with a singular approach and a career that sprung from his popular DIY channel. As musical as he is handy, Kliemann crafted Pop without the assistance of a label, not even for marketing. Yet, while it sticks to a sound that suits its title, this well-constructed product doesn’t stand apart.

This shouldn’t be a surprise, given the shifting fortunes of its platform. The media monolith and cornerstone of the internet, YouTube has immeasurably altered the ways people consume music. The site has allowed us access to artists the world over, from Yelle to the Wonder Girls. In the early days of the site, recommendations felt more authentic, geared towards your preferences rather than a mishmash of your history, trending tunes, and wildcards determined by rogue algorithms. Today, the juggernaut creates popstars: Shawn Mendes, Justin Bieber and Dua Lipa to name a few. But it’s also driven by ads and artificiality.

Pop draws from the masses in more ways than one. Sweeping, grandiose pop hooks set to a hip-hop tempo, Kleimann’s music resembles contemporary crooners such as Khalid, Zayn, or Madison Beer. His raspy voice distinguishes tunes that are warm but just rough enough to remind you the artist considers himself a man of the people, one whose hard work resonates within his smoky timbre. Pop’s themes of addiction, sanity, and aimlessness likewise benefit, as if his vocals grew coarse through the struggle to overcome. The old-soul quality lends itself to the nostalgia of a track like “Regen,” where he lovingly recalls the smell of fresh regen (rain) and other memorable scents from his past. “How lame is life without risk,” he asks on “Alles was ich hab” (“Everything I Have”), delivered by a voice that sounds wise, even if it’s not.

In its attempt to appeal to all, Pop succumbs to that timeless paradox: stand for nothing, fall for anything. Kliemann admits in the same song that he “Live[s] for the cause and don’t even know what it is.” This sounds naïve at best, exploitative at worst. Movements are co-opted by celebrities all the time, but it feels more obnoxious when the guilty party likely doesn’t realize what they’re doing wrong.

Take for example “Frieden mit der Stadt” or “Peace with the City,” a song dedicated to his time in Syria doing nonprofit work. It’s strange to center oneself in a country in the midst of a civil war, yet there’s Kliemann, recording his observations as he smokes from a rooftop. Instead of insightful, it feels oblivious to presume there’s an overlap between his existential ennui and the plight of a war-torn city.

Kliemann’s intentions with Pop feel the same way: he may mean well, but he leaves no room for self-examination. His music and themes are superficial, as if he put in only the minimum amount of practice and study required. Sure, he did it all by himself, but he hasn’t done anything new.

Though not a reinvention of the genre nor of Minogue, Disco adds to each one’s pop culture…