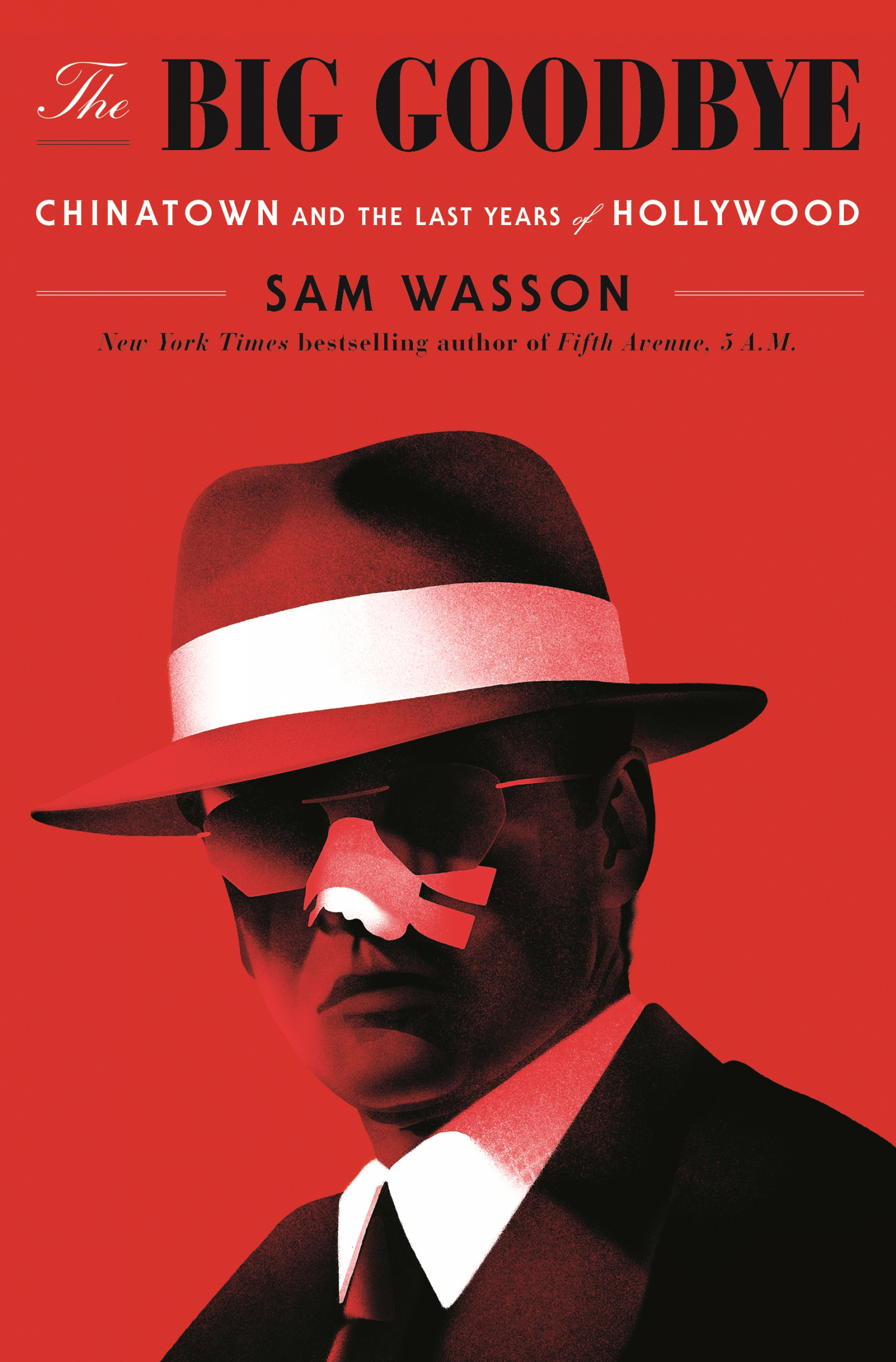 Sam Wasson’s The Big Goodbye: Chinatown and the Last Years of Hollywood is as much an account of the making of the film Chinatown and the changing of the guards from the Old Hollywood studio system to a newer, more artistically minded group of producers and directors as it is an in-depth look at the three lives most influential on the film’s existence. Beginning roughly in the mid-to-late-‘60s, Wasson’s narrative follows Roman Polanski as he establishes a name for himself both within the context of world cinema and the new look of Hollywood following his work on Rosemary’s Baby. As anyone even remotely familiar with the Polish director’s backstory—pre-rape allegations—will know, his world forever changed in August of 1969 with the murders of his wife, Sharon Tate, their unborn child and a handful of others at the hands of the Manson Family. It’s this horrific incident that sets the tone for Polanski’s own involvement in the then-incomplete Chinatown script being penned by Robert Towne.

Towne’s story is one of a writer who, prior to Chinatown, largely worked behind the scenes, helping to doctor the work of others and famously punch up the scripts for films like The Godfather. Chinatown was, in his estimation and that of others, to be Towne’s grand coming out moment, one which took years to put together amid a series of narrative fits and starts that all began with a fascination with the criminal history of Los Angeles’ formation through the redistribution of water that would help ensure a literal desert oasis could spring up. Through Towne, Jack Nicholson becomes part of the story, the former seeing the latter as the ideal candidate for his lead character in Chinatown, Jake Gittes.

Nicholson proves to be the unifying factor in the whole of the story, as he bridges the gaps between Towne, Polanski and, lastly but certainly not least, Robert Evans. Recently appointed as the youngest studio head ever, Evans’ appointment at Paramount Pictures helped signal a generational shift away from the Old Hollywood studio system and into something more artistically and intellectually adventurous. His tenure saw the release of Polanski’s Rosemary’s Baby, as well as The Godfather and a number of other landmark films that helped serve as the next generation of filmmakers’ calling cards.

Wasson weaves all three together with the thread of Nicholson’s involvement in the burgeoning New Hollywood scene, despite his being nearly a generation older than many of the primary movers and shakers of the late-‘60s. Indeed, his aesthetic was based more on that of the Beats than the hippies, he simply managed to finally find success as the hippies were taking over the public conscience in one of the most iconic films of that generation, Easy Rider. Exploring the intellectual nature of each player, Wasson shows the great deal of forethought and interpersonal debate that went into creating Chinatown.

From the constant battles over the cerebral, almost abstract nature of Towne’s original screenplay to Polanski’s constant meddling with lighting, framing of shots and coming up with an iconic ending that stood—to Towne’s mind—in stark contrast to his original vision, to Evans’ role as producer-turned-pal who not only had to oversee the business decisions, but also ensure the talent remained on amicable terms with one another. Perhaps most interesting is the impossibly short timeframe in which the iconic score was composed and recorded, Jerry Goldsmith having been conscripted to the job after the first two composers’ work failed to resonate in the proper tone, and managing to produce a completed score in a mere 10 days.

Equal parts gossip and historical examination of a very specific, very important period in Hollywood history, The Big Goodbye offers up a highly entertaining look at an iconic era in film that, with this particular movie, sought to replicate an equally iconic period in every conceivable detail, all while reckoning with the ghosts of a generation-defining mass murder and the sordid history on which the city they all loved was built. And while an appreciation of the film in advance of the reading is certainly helpful, it’s not entirely essential as the story itself is more about the behind-the-scenes workings of the film industry circa-1974 than it is an examination of the finished film. In this, The Big Goodbye offers a masterclass in contextualization that helps inform subsequent viewings of Chinatown as bits and pieces of each individual’s backstory (Towne, Polanski, Evans, Nicholson, John Huston and Faye Dunaway) make their way into the finished product. Film buffs and Hollywood historians will no doubt fawn over The Big Goodbye, leading others to investigate the film itself and the preceding and subsequent works of all parties involved.