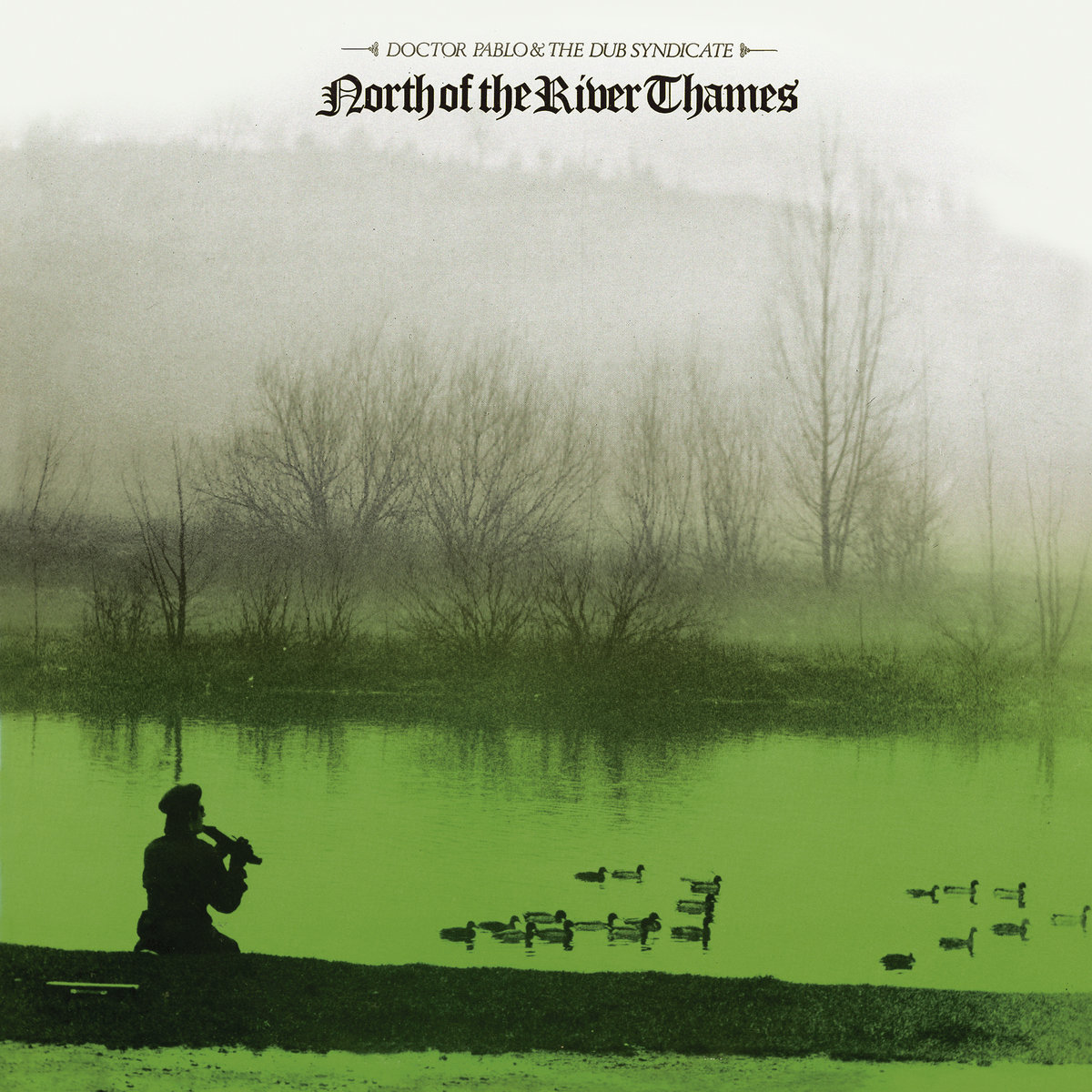 Doctor Pablo and the Dub Syndicate’s 1984 release North of the River Thames is a rare music beast, almost universally acclaimed and yet criminally ignored. It’s been relegated to the stranger back-bins of musical history as a one-off oddity in the On-U Sound catalog, a musical side project interesting perhaps, if at all, for a cracking dub cover of the theme from Doctor Who. Yet the album is worthy of repeated listens for many reasons, not least of which is that Doctor Pablo, the non-de-dub of Pete Stroud, brings that most melancholy of instruments, the melodica, to its rightful place in the aural foreground.

Punk and post-punk had done wonders for the melodica, which, while usually considered a child’s instrument (Stroud had learned it in a school orchestra), had begun to appear in unexpected places – New Order’s “Your Silent Face” from 1983, Gang of Four’s “5.45” from 1979 and, of course, Doctor Pablo’s inspiration, Augustus Pablo himself. Gang of Four’s Jon King would note that the melodica, cheap and essentially disposable, stood in stark contrast to the rockism of the guitar and that, by the time the first wave of punk was sputtering into Oi-fueled nationalism, “Reggae music, in the late ’70s, was the most innovative pop music around; pushing the latest technology, playing with form, talking about daily life; it just owned guitar chords on the offbeat.” So it was that Stroud, a long-time friend of Adrian Sherwood with whom he’d previously established a couple of fledgeling record labels, was inspired by his first encounter with Augustus Pablo’s own melodica-filled dub to return to the instrument and create the Doctor Pablo persona.

Opener “Man of Mystery,” previously a 1960 hit for the British instrumental combo The Shadows, replaces Hank Marvin’s guitar posturing for Stroud’s melodica and, in the process, returns the song to the original mournful tenor it had when first recorded as the theme to the “Edgar Wallace Mysteries,” a post-war British crime film series. Very quickly the album’s template is made clear with bass-heavy, head-nodding tempos, heavily reverbed percussion and Stroud’s melodica bringing an almost Continental feel to the whole arrangement. As the song draws to a close, the studio-as-instrument approach kicks in and the ramping echos usher us, if possible, into an even more mournful aural space and the aforementioned cover of the theme from Doctor Who, here rendered as “Dr Who?.” It’s interesting to see the word “hauntological” turn up in contemporary sales blurbs for this album when, perhaps, what’s meant is simply “haunted,” and the album’s first two tracks definitely settle into the misty-and-slightly-askew feel that a lot of British dub can have when compared to other national traditions and examples. Throughout “Dr Who?” the melodica faithfully reproduces the more familiar tune while the band, aided by cavernous reverbs on the snares and a positively reptilian baseline weave around the theme, adding suitably layered and haunting effects throughout.

“Pressurized,” however, moves us firmly into the more familiar terrain of Dub Syndicate, multiple layers of percussion that coalesce into a firm footing for the bass and melodica to settle upon. In keeping with the album’s focus, the bass continues solidly throughout while the drumbeat often stops entirely, leaving space for the echoed percussion to rattle about. “Tribute” is a heavily dubbed and transformed cover of Bob Marley and the Wailers’ “Get Up, Stand Up,” again with lots of sinewy bass and clattering percussion. “A Taste of Honey” is another cover, this time of the jazz standard previously so perfectly covered by both Sarah Vaughan and Chet Baker amongst a long list of others. As before, the Dub Syndicate rhythm section is an exercise in solid, perfectly restrained power with just a couple of those enormous teeth-rattling reverbed snare shots at the 1.40 mark. “North of the River Thames” is Doctor Pablo’s answer to Augustus Pablo’s “East of the River Nile,” its snare and percussion clatter literally bursting out of the final moments of the previous song and quickly settling into the album’s most uptempo offering. Like it’s near-namesake, “North of the River Thames” offers melodica passages that are supported by the driving bass, and then long moments of dub spaciousness. Unlike “East of the River Nile,” however, this is a track with impetus and verve, a warm wind to blow away the misty melancholy of the album’s earlier offerings. The song and album’s title also hint at Stroud’s vision. The planned follow up to North of the River Thames would have been titled Bridge On The River Wye. Sadly it was not to be.

“Red Sea” reduces the tempo and settles back into a more familiar rhythm, Stroud’s melodica offering lead lines under which the bass runs often in counterpoint while the metronomic drums and frenetic percussion continue unabated. “Red Sea” would, later that year, be co-opted by the On-U supergroup Singers & Players to form the central them of their track “Moses” from the album Leaps and Bounds. Finally “We Like It Hot” closes out the vinyl pressing, settling into a tempo midway between “North of the River Thames” and the album’s more relaxed offerings. All the now-familiar dub tricks are pulled out of the bag with reverbed snare shots, a bass line with a mind of its own and off-beat percussion hits all vying for attention before a gentle fade-out ends this odd but beautiful moment in British reggae.

So, what is it about this album that makes it worth revisiting? As noted, British dub, and particularly On-U Sound’s back catalogue, transforms Jamaican dub into something both recognisable and yet slightly off, slightly askew. There is nothing unusual about this; every musical tradition is reinvigorated and transformed in the act of transplanting. But British dub, exemplified here, seems to carry an extra element, a hard-to-quantify trace that emerges as that mournful and melancholy melodica note, perhaps, or an added focus on space, reverb and echo. If anything, North of the River Thames is a pastoral album where the mourning might well be both for the bucolic past – something the British would time and again demonstrate themselves masters of – and for the lost possibilities of the album’s present, released solidly in the middle of Thatcher’s comprehensive dismantling of the welfare state.