Love and all its messy imperfections are placed under the microscope in Noah Baumbach’s Marriage Story, which is both the writer-director’s finest film and his most transparently reflective. The filmmaker has always used cinema as a therapeutic vessel for capturing and re-contextualizing his own life experiences, whether he’s examining the impact of his parents’ divorce in 2005’s The Squid and the Whale, digging into his adult relationship with his father in The Meyerowitz Stories: New & Selected (2017), or subtly paralleling his budding relationship with now-girlfriend Greta Gerwig through their work together on films like Greenberg (2010), Frances Ha (2012) and Mistress America (2015).

In Marriage Story, Baumbach blends his own experiences divorcing Jennifer Jason Leigh in 2013 while once again scrutinizing his childhood relation to divorce and reapplying it to his own son. In interviews, he has also stated that he took from his friends’ experiences with divorce, too. Regardless of where the film’s specific influences stem from at any given moment, the truth of the matter is that Baumbach manages to capture universal emotions almost effortlessly here, and with great compassion and curiosity.

The film follows Charlie and Nicole, embodied through indelibly effective performances by Adam Driver and Scarlett Johansson, as they navigate a coast-to-coast divorce and custody battle that brings to surface their worst qualities while also probing what made them fall in love with one another in the first place. It opens with two voiceover vignettes, wherein both characters explain what they love about their spouse. It then cuts to the office of a separation mediator where it’s clear the love has evaporated in many senses, prompting the beginning of the end for this particular relationship. The mediator reminds both Charlie and Nicole that despite their breaking apart, they must remind themselves of the things that brought them together and the deep love they felt, and may still feel in many ways, for each other. 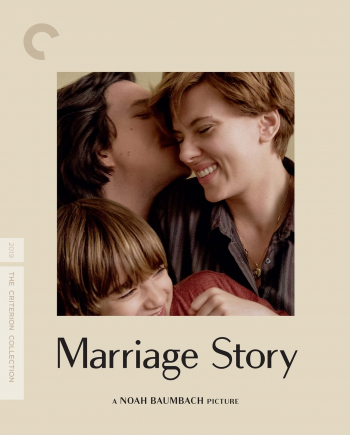 This idea is what’s observed most prominently in Marriage Story, the concept of loving someone yet beginning to understand that sometimes that’s simply not enough. Throughout the film, the audience is consistently provided with evidence that backs up Charlie and Nicole’s affection for one another while simultaneously witnessing the elements that are tearing that connection apart. Baumbach doesn’t choose sides but rather presents both parties as being wholly justified in their own arguments and uncertainties about the marriage, all while showcasing the flaws, insecurities and acts of selfishness that have driven a wedge between them. It’s irrevocably sad and painstakingly honest, resulting in some of Baumbach’s richest and most rewarding storytelling.

You could write entire essays about isolated scenes or even the film’s most ephemeral moments, which are all staged and written beautifully by Baumbach yet elevated to heartbreaking truths through the performances of Driver and Johansson. Singularly and as a collaborative unit alike, the two actors embody something truly special in their work here, communicating entire galaxies of emotion with just a single exchange of glances. From a soul-bearing monologue by Johansson to her divorce lawyer, Nora (a magnificent Laura Dern), to Driver’s gut-wrenching performance of Stephen Sondheim’s “Being Alive,” both actors showcase the most honest and vulnerable efforts of their careers.

Simply observe the frustration and masked sadness that Charlie exhibits during a Halloween evening where his son, Henry (Azhy Robertson), decides to wear a store-bought ninja costume as opposed to the Frankenstein outfit Charlie had custom-made for him as a companion piece to Charlie’s Invisible Man. Look for the subtle yet undeniably powerful facial tics in Nicole’s expressions when Charlie does or says something that hurts her, such as a simple yet cutting remark about her new hairstyle. Fully prepare yourself for Charlie and Nicole’s biggest argument to absolutely destroy you, as will the film’s final 10 minutes or so. And these tears never feel as if they are the result of emotional manipulation or overacting. Everything is presented with unwavering authenticity, and it fucking hurts.

The film’s most powerful facet is its bare-boned candidness about the tragic house of cards that exists in any human relationship and this structure’s susceptibility to collapse at any given moment. You don’t need to be a child of divorce or a divorcee yourself to connect to the film’s thematic investigations. If you’ve had any connection with a person at any point in your life or experienced a breakup of any sort, Marriage Story will resonate. It is at once straightforward and complicated, painful yet filled with plenty of pleasures (a physical comedy bit involving Driver and a pocketknife will have you in stitches).

To truly let Marriage Story penetrate your heart is simple as long as you possess empathy for the complications of the human condition and allow the movie’s unassuming soulfulness to wash over you. Like the best works of cinema, it’s a mirror of life that will reflect something different back to every individual viewer and connect with the most intricate threads of our emotions. You don’t just watch it; you feel every single moment.

Holy Hell! In the Mood for Love Turns 20

The most lasting impacts of the film rely on memory, both in its aesthetics and its stirri…