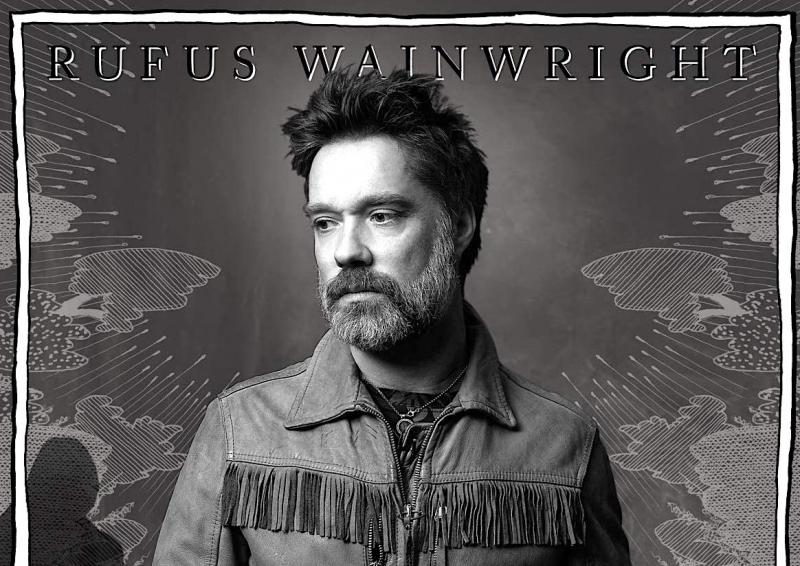 On his ninth studio album of original music, Rufus Wainwright delivers a new helping of some of his signature sounds—the ones that cut straight to the heart. Unfollow the Rules, named after something his young daughter once said to him, is made up of melodies and melancholies that speak to the wounded soul, the happy soul and the forgiving soul: all of which make up the complicated, contradictory beings we all are beneath the surface.

Opener “Trouble in Paradise” is all about Vogue powerhouse Anna Wintour (“You see me here in my dress all in order/ You see me there, my hair/ A solid steel bob”), but the lyrics also work as a painful reminder that the universe doesn’t take mercy on anyone, no matter how rich or famous or perfect, and especially not during a global pandemic. “There’s always trouble in paradise/ Don’t matter if your drinks are neat or on ice,” he sings. “There’s always trouble in paradise/ Don’t matter if you’re good or bad or mean or awfully nice.”

The album’s title track, originally written for Sarah Jessica Parker’s 2018 film Here and Now, is an immensely powerful ballad about the triumphs and tragedies of growing up and getting to know yourself. “When you’re young your mind shelves stuff because it’s too horrible to handle,” Wainwright explained. “When you finally face it, you have to be mindful, deal with it delicately, not smash things up.” The lyrics reflect this theme of growth, acknowledging that we have to reclaim ourselves from the grip of other people’s perceptions. “Sometimes I feel like my brain turns to leaves,” he sings. “Unfollow the rules/ Uncover the thieves of the game.”

Wainwright explores a variety of different emotions throughout the record, creating a listening experience that is akin to the human experience. At once he is in pain, but then he has found the light again. On “Early Morning Madness,” he pleads with himself to end their own torturous relationship: “Early morning madness/ I’m a perfect man/ Early morning sadness/ Gotta get some rest I guess/ Gotta take some time to be well.”

On “Damsel in Distress,” he sings to a female figure that was supposedly inspired by the likes of Joni Mitchell, but the lyrics also sound like they hit home for the man singing them: “Who do you think I am? A traveler on the wind?/ I am a prince of man who was raised to soon be king/ All I can do is fight.” On “Peaceful Afternoon,” an ode to his husband of over a decade, he knows to hold on to what’s important in life: “But between sex and death and tryin’ to keep the kitchen clean/ Remember wild the roses bloom best in ruins forever after.” And on “Romantical Man,” arguably the album’s best track, he both mourns and lets go of the mother he lost: “Mother can you hear me, I’m calling you!/ Mother can you hear me, I’ve made it through.”

By the artist’s account, Wainwright wants Unfollow the Rules to symbolize “a coming together of all the aspects of [his] life which have made [him] a seasoned artist,” and his goal is to “emulate the greats of yore” who have inspired him most, such as Frank Sinatra, Leonard Cohen and Paul Simon. The difference is that Wainwright has never quite followed the rules, and that’s part of what makes him so compelling. With his ninth album, he explores the complexity of human emotions, and it’s all held together by his penchant for quiet individuality.

Alanis Morissette: Such Pretty Forks in the Road