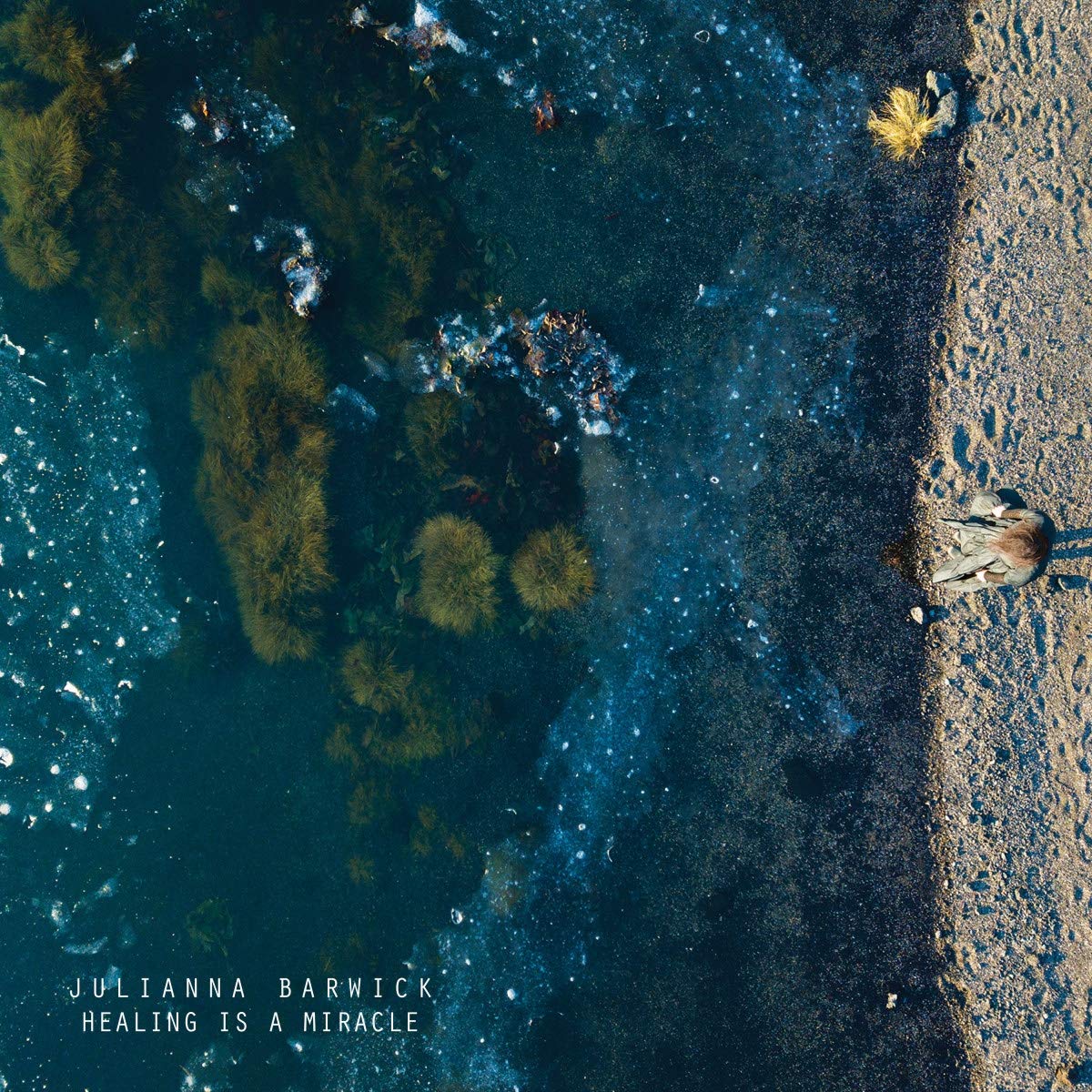 What has always made Julianna Barwick’s music so special is the way in which she uses the methods of electronic composition—loops, layering, reverb—to build an architectural space out of the first and most innately human instrument—the voice. Although she writes in the language of electronic music, evokes the grandeur of post-rock, and has an approach to time that recalls ambient music, she uses the intimacy of the voice to its fullest extent, the end result being something that is simultaneously strange and approachable. This counterintuitive combination makes for music that is both calming and downright spiritual.

Given the almost religious quality of the music, you could say the title of her new record, Healing Is a Miracle, is on-the-nose. And yet Barwick’s newest record is in many ways a departure from her sound as we know it from masterful records like 2013’s Nepenthe and 2011’s The Magic Place, though there is something of a through-line in the edgier synth textures of her most recent album, 2016’s Will. In many ways, Healing Is a Miracle is less intimate than her previous records, opting for a bigger, more varied and more direct sound.

One reason for this change is the collaborative nature of the record. Though Barwick has collaborated on her records before—members of múm, Alex Somers (of Sigur Rós) and Amiina were all involved in the making of Nepenthe—the footprints of her collaborators—Mary Lattimore, Jónsi and Nosaj Thing—are more obvious this time around. Mary Lattimore leaves a sparkling mark on “Oh, Memory,” a song whose driving though unhurried rhythm distinguishes it from the a cappella improvisations of, say, The Magic Place. “In Light,” another collaboration, this time with Jónsi, known for his ethereal vocals as lead singer of Sigur Rós, builds like a post-rock song—still a far cry from pop, but likewise removed from Barwick’s earlier solo vocal compositions (though you can hear a suggestion of this kind of grandeur in compositions like “The Harbinger”). It’s a dream collaboration—two iconic vocalists harmonizing over pulsing synths, a drum-like a heartbeat, and accreting layers of sound. The sheer enormity of it is striking compared to Barwick’s previous releases, perhaps a result of the technology Barwick was working with this time around—she said that much of the record’s sound was inspired by the gift of a few studio monitors from Jónsi and Alex Somers.

But technology is just a part of it—for Barwick, the composition was a question of mindset as well. Speaking to the process of recording this time around, Barwick said, “It had been so long since I had done that, making something for myself, just for the love of it… It was emotional, because I was recording music that was just from the heart, that wasn’t for an ‘assignment’ or project.” This openness is writ in the joy that runs throughout this project, the freeness that marks these compositions and their directness relative to previous records. Though Barwick has in the past built edifices of sound from vocal loops, much of her work has been characterized by restraint. It’s thrilling this time around to hear something like the glitchy synths in “Flowers,” which clash with Barwick’s undulating vocals.

On previous records, Barwick’s songs seemed to build upward rather than move in a specific direction. Barwick has said of the compositional process: “I just start singing, and it builds on top of itself. That’s the way I’ve made everything I’ve ever made.” These new songs, on the other hand, are directional. This is to say: Whereas Barwick’s earlier records were rooted in the language of ambient music, conjuring an arcane space, Healing Is a Miracle, though not a pop album in any conventional sense, doesn’t shy away from directness, direction and rhythm. As such, these songs are, for the most part, not as immersive as Barwick’s best work, though the album still makes room for classic ambient moments. “Safe” is most reminiscent of The Magic Place, an accumulation of coalescing vocals that seems not so much to ascend as to stretch upward for something just out of reach. The record’s more ambient moments recall the sense of wonder and yearning of albums like Grouper’s A I A: Alien Observer, but throughout these ambient moments are balanced by Barwick’s experimentation with new sonic textures.

It’s an unexpected move for an artist like Barwick, one that comes with its advantages and drawbacks. While The Magic Place, as many critics have noted, sounds like a cathedral—its own self-sustained, internally consistent and beautiful world—Healing Is a Miracle traverses a range of terrain across its relatively brief 33 minutes. Each song has its own character, and in a sense, each song is its own journey. As a result, Barwick’s new record, though less enveloping and hymn-like than her previous records, is an invigorating work by an artist who has always been an expert in following the music wherever it needs to go.