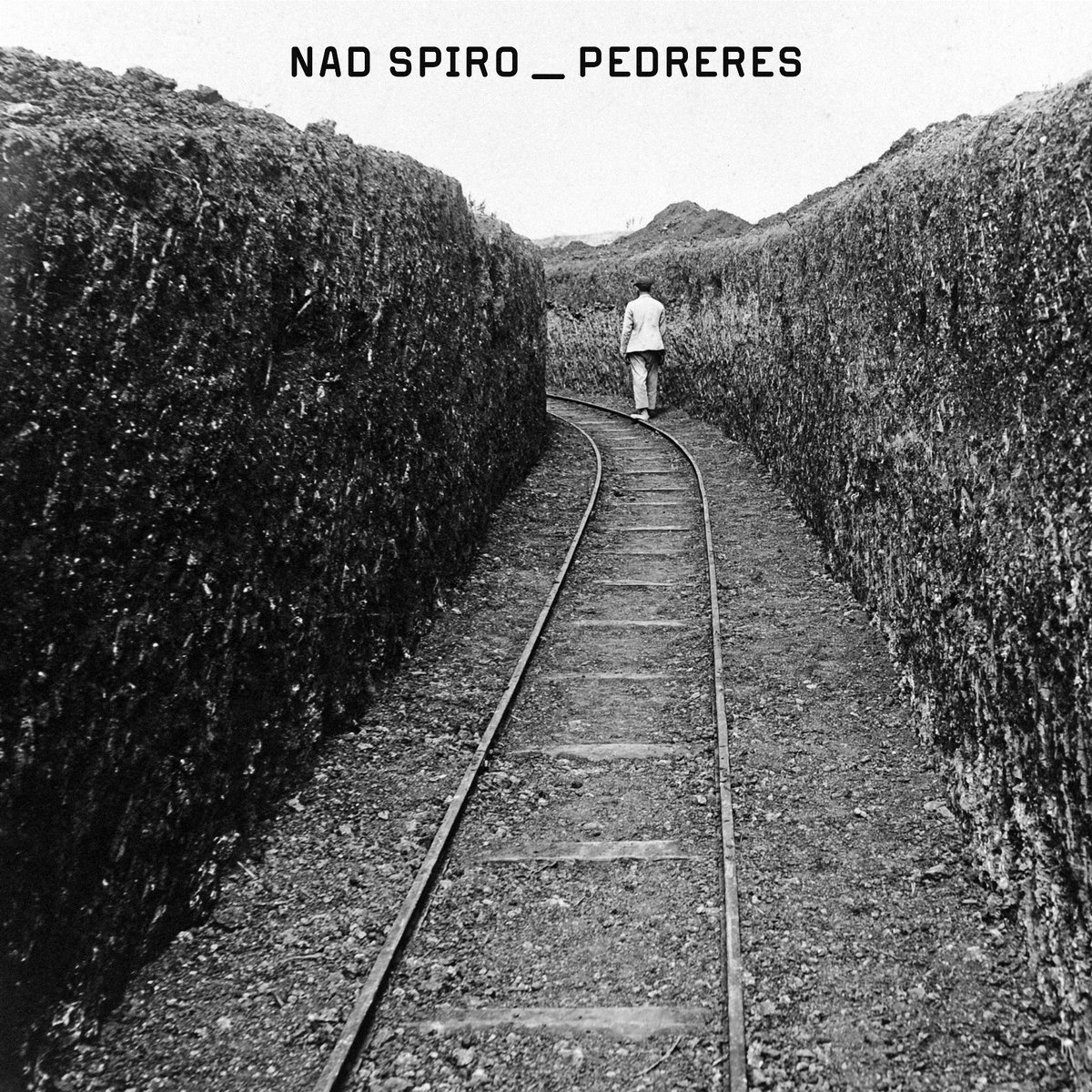 Nad Spiro’s Pedreres is, from the very outset, and odd and arresting artwork, emerging from a long fascination with the deserted quarries of Montjuïc, the honeycombed hill that overlooks Barcelona (‘pedreres’ is Catalan for ‘quarries’). Hiding behind the moniker Nad Spiro is Rosa Arruti, a Spanish experimental guitarist and electro-acoustic musician who has been busy since the 1970s exploring a musical terrain she refers to as ‘esotronic muzak’ and collaborating with the likes of My Cat Is an Alien, Kim Cascone and Mark Beazley.

The quarries of Montjuïc are no longer in use, the stone mined from them famed for its hardness and to be found throughout the city, the hill and its stoneworks in turn now converted into amphitheatres and picnic areas, gardens and disused Olympic stadia, sites whose titles function as the album’s track names. But more than just an evocation of those places or, perhaps, more than a mere homage to them, the sounds Arruti wrests from a single guitar and a small number of effects pedals seem to emerge from the stones themselves.

Throughout the album, the tracks each find ways to combine a discrete number of elements into new and arresting soundscapes. “Machinet” mixes densely recorded buzzes and hums with more distant rumbles and drones while a haunting and thoroughly cinematic guitar is plucked, strummed and, at times, gently provoked in the foreground. The guitar phrases chime throughout, appearing and vanishing into the soundscape in a way that is both sinister and intimate, mixing the closeness of the plucked notes with the rolling reverbed noises that seem to pan out in all directions. “Esperó” combines organ-like notes with the glitches and buzzes of distressed electronics, the guitar notes foreshortened or truncated at times, rolling into the seething electronic background in others. “Animeta” is harsher, the organic drones here giving way to crystalline glitches and crackles while “Foixarda” combines bell-like textures with what could be deformed radio transmissions, both tracks softened and tamed by the Calexico-like plucked guitar that runs irregularly throughout them. “Satalia” starts with bass rumbles and near-tectonic groaning before more sombre and sustained guitar phrases move to link the other fragments of noise together. Album closer “Serafina” offers looped and delayed strumming settling underneath plucked notes while, throughout, the ceramic crackles and hisses evoke Montjuïc’s rise and fall.

Throughout there’s a loose, improvisational feel as though these tracks, caught here, could never be repeated in this way again, the elements that gave rise to them now reshuffled and capable of producing new works, similar perhaps but never the same. In this way, Arruti’s methodology for generating the material for Pedreres, responding to the material conditions of the mountain and its hollowed history, is a continuation of her practice in earlier experiments. During time spent at the Sirius Arts Centre in Cork, Ireland, Arruti produced a collection of sound works that, as she noted, considered “… the harbour as a setting acoustic transit – transmission codes, navigation narratives, signal stations and audio connections in the harbour’s auditory space,” responding to both the historical facts and narrative fictions associated with the city.

Pedreres is meditative and uneasy listening, but it’s also densely layered and pleasingly slow to unfold its patterns and structures, rewarding and often unexpectedly beautiful.