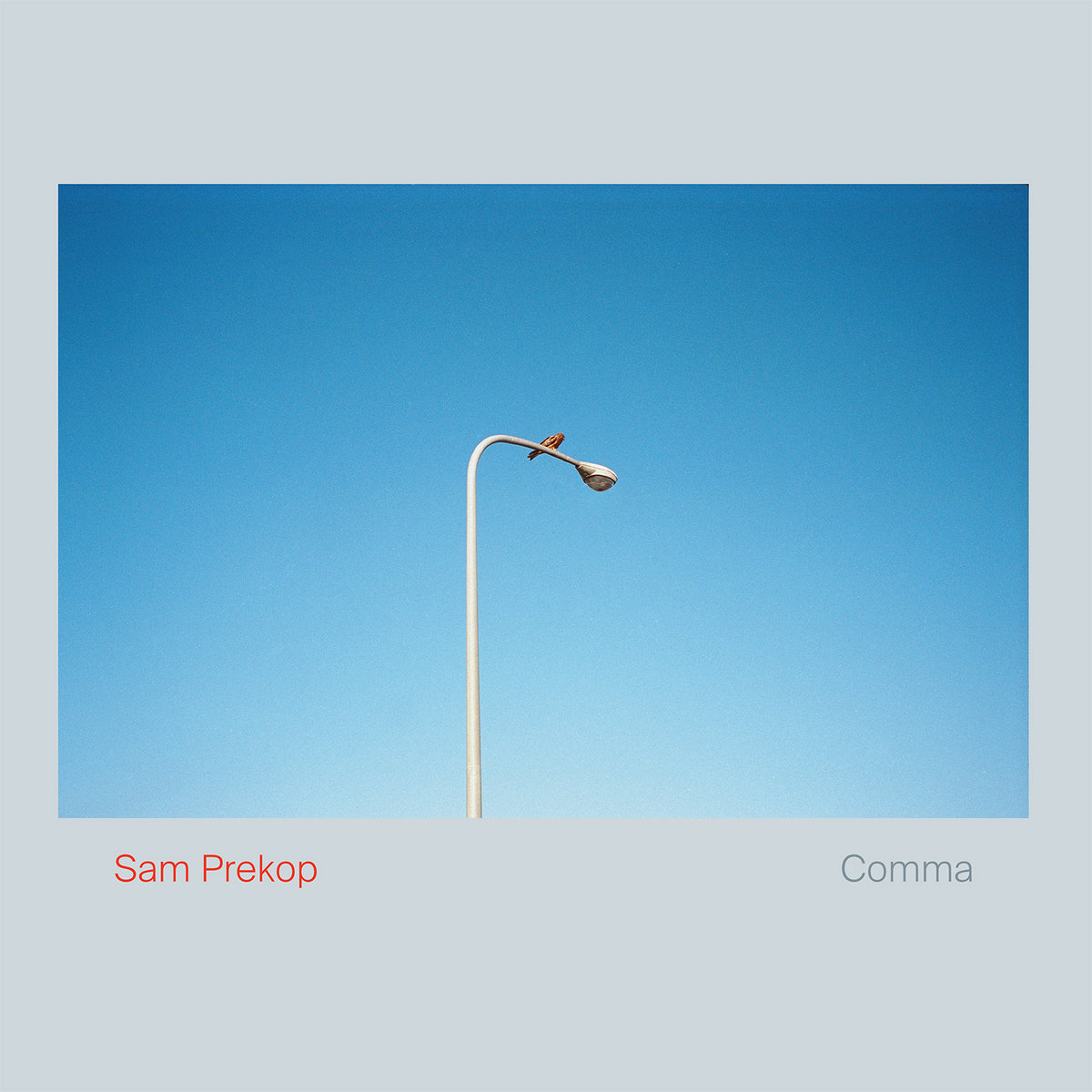 We should all be so lucky as to have the confidence of an artist determined to make music that exists in defiance of the rest of their own catalog. Over the course of nearly a dozen albums, The Sea and Cake have made, for lack of a better phrase, fairly standard indie rock. It’s post-rock infused and highly proficient indie rock, but nevertheless it’s not necessarily the most groundbreaking stuff. Even the best of us get restless, though, and frontperson Sam Prekop is proof of that. Though his first two solo albums were largely the same fare, around a decade ago – starting with 2010’s Old Punch Card – his music began to shift. He ran in the opposite direction, trading his voice and guitars for the wonders of modular synthesis. If you didn’t know who it was, you’d mistake him for any other highly skilled producer – which, frankly, seems like the point.

And so, three albums into his voiceless foray into synth-based music, he brings us Comma, a 40-minute IDM jaunt that arrives just in time for an endlessly claustrophobic summer. When compared to Old Punch Card or his last solo album, 2015’s The Republic, it operates as a way to clock his growth and comfort with modular synths. Whereas once he made beats that sometimes sounded timid and unassured, here Prekop seems like becoming as comfortable with his new set of tools as he is with his main project.

Here, Prekop goes through a brilliant array of different atmospheres, each one feeling a little bit different than the last. “Summer Places” doesn’t really go anywhere spectacular, but it does a great job of adequately conveying the same warm environment a Múm song might live in, though without the same wide-eyed tenderness. Two songs later on “September Remember,” the concept of beats flies out the window, instead building Boards of Canada-like atmosphere. But, then, he’ll make glittering dance tracks like the ludicrously fun “Comma,” which feels like it might exist quite comfortably in whatever cool clubs he may be playing in an alternate dimension, while “Never Met” has the kind of sizzling bass and slinking pace that could’ve fit into Thom Yorke’s Tomorrow’s Modern Boxes.

Comma finds Prekop playing with your expectations gently, lulling you into a space of comfort before turning the tables on you. He does this from the get go with opener “Park Line,” which slowly pulls us into its web, waiting over a full minute for its beat to become tangible. He doesn’t do it enough for it to become predictable, but it makes for some of the best songs on the album. The finest example is the unassuming standout “Wax Wing.” It begins quietly with synth weirdness and a gentle, almost imperceptible beat that ticks away in the background. Then, just as soon as you find yourself lost in the song’s mood, everything snaps into place and the beat begins to grow, and suddenly you’re in the thick of it, like a Gas song let off its leash and given the freedom to fully emote.

Watching a musician step away from the safety of their comfort zone is never anything less than exhilarating, and with Comma it’s even better. So many artists play it safe enough that you can barely distinguish their solo work from their work with their own bands, leaving you with a sense of “What’s the point?” Here, though, Prekop is not only completely separated from his comfort zone, he’s creating a brand new one for himself – one that no longer feels novel, but feels so refreshingly natural, you’d almost think it was his plan all along.

Yo La Tengo: We Have Amnesia Sometimes

After 30 years in the game, Yo La Tengo shows that even recordings of them noodling aimles…