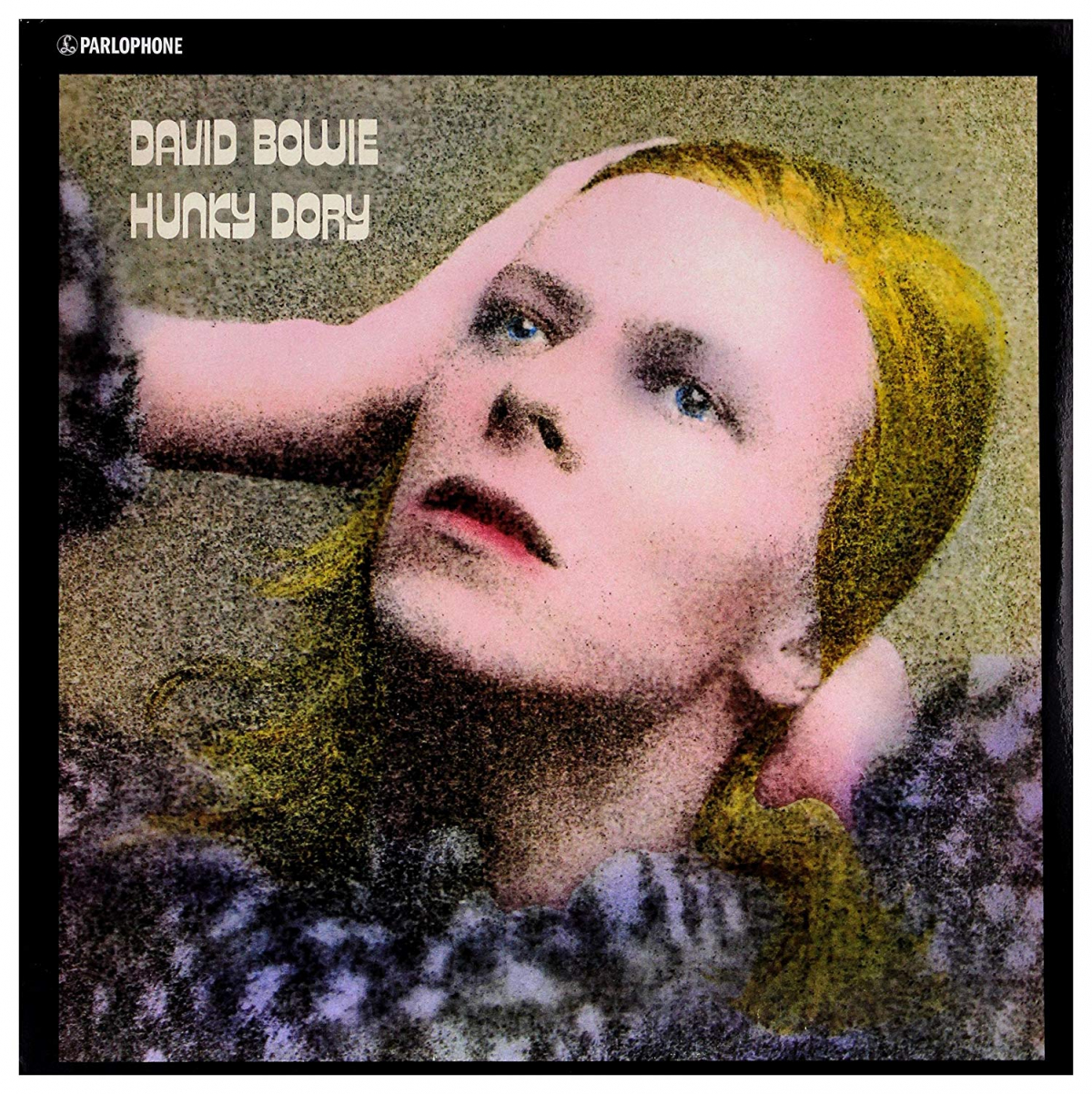 With the release of Hunky Dory, the mythos of David Bowie was finally and irrevocably established within the public consciousness. From the iconic cover image down to the very opening strains of the all too appropriately titled “Changes,” everything about Hunky Dory did and does scream of an indisputably classic album and a supremely confident, declarative artistic statement. To be sure, Bowie had been building to this moment across his handful of previous releases, hinting at the greatness that would be fully unveiled with its release in December of 1971.

Echoes of the past can still be heard on tracks like the epic “Quicksand” – harkening back to Space Oddity’s “Cygnet Committee,” among others – and “The Bewlay Brothers” – a track that sounds more like a leftover from The Man Who Sold the World than part of Hunky Dory proper – while shades of what the coming year would hold with the release of The Rise and Fall of Ziggy Stardust and the Spiders From Mars can be heard on the proto-glam “Queen Bitch” and even – at least from a subject matter standpoint – “Oh! You Pretty Things.”

The most marked change comes courtesy of the far more piano-based arrangements that make up the majority of the album. Where before Bowie was heavily reliant on either acoustic or electric guitar, on Hunky Dory he dropped the rock pretenses in favor of something a bit artier, hiring prog-rock pianist Rick Wakeman to play the lion’s share, resulting in some truly iconic motifs. The piano part on “Life on Mars?” ranks as one of the most beautiful instrumental parts in any Bowie song, while the jaunty piano intro and outro of “Changes” effectively make the song. Can you even imagine either of these songs being performed exclusively on guitar or with a guitar-based arrangement? Their ultimate effectiveness would largely be lost.

And it’s here, with the implementation of more varied instrumentation, that Bowie begins to truly show off his creative genius as willingness to take pop music into exciting new directions. Not only is he more reliant on piano rather than guitar, but he shows off his saxophone chops on a handful of occasions. And while he might not be the most adept sax player, he nonetheless shows himself to be an instrumental multi-threat whose credits on the album include the aforementioned horn, guitar and (admittedly rudimentary) piano. It also represents the nascent Spiders from Mars with the new addition of Trevor Bolder on bass, plus the holdover from The Man Who Sold the World of drummer Mick Woodmansey and guitarist Mick Ronson.

This solidifying of the lineup that would take Bowie to the next level with the release ofd Ziggy Stardust was a massive part of Hunky Dory’s success and step up from what he’d been doing previously as it established a single working unit instead of utilizing session players. This band aesthetic helped Bowie lay the groundwork for his return to full-on rock territory the following year, allowing Ronson’s guitar to return front and center – as hinted at on Velvet Underground tribute “Queen Bitch.”

In addition to the Velvets, he shows his affinity for taste-making coolness, writing songs about and for the likes of Andy Warhol and Bob Dylan. “Andy Warhol” is a bit of a cheeky acoustic-driven pop song the likes of which could’ve appeared on any of his previous albums, but its minor-key, sing-song chorus becomes, like the pop artist’s work, hypnotically repetitive as the titular name is repeated over and over to the point of overlapping and devolving into something verging on chaos. Meanwhile, “Song for Bob Dylan” employs the erstwhile Robert Zimmerman’s trademark lyrical abstruseness and throws it back in his face while simultaneously acknowledging his lingering impact on both the modern listener and nearly anyone who’s picked up a guitar in the years since he first appeared on the scene. It also somewhat takes the piss out of Dylan’s often perceived self-seriousness (or at least the self-seriousness of his most ardent followers), functioning as both a satire and homage.

Whereas on his previous releases David Bowie still sounded as though he were attempting to find himself and establish a musical persona that could carry an album, Hunky Dory showed Bowie the artist as having become fully realized, resulting in his most coherent artistic statement to date, not to mention one of the best capital A Albums in his entire catalog. Rather than relying on a handful of impressive moments to sporadically carry an album, here he managed to put together a program that, with slight exception (the weakest track, “Eight Line Poem” is still pure Bowie), is solid from top to bottom. That he would continue to set the bar exponentially higher within just a few short months with his complete and total reinvention as Ziggy Stardust is further testament not only to his genius, but also his restless creative spirit. It’s hard to imagine any artist today so rapidly shifting from one persona to the next so successfully, let alone releasing stone-cold classic albums barely six months apart. Hunky Dory represents the watershed moment in which David Bowie finally became the David Bowie who has left such an indelible mark on contemporary music in all its myriad iterations.

Losing the Atmosphere: by Vivian Conan